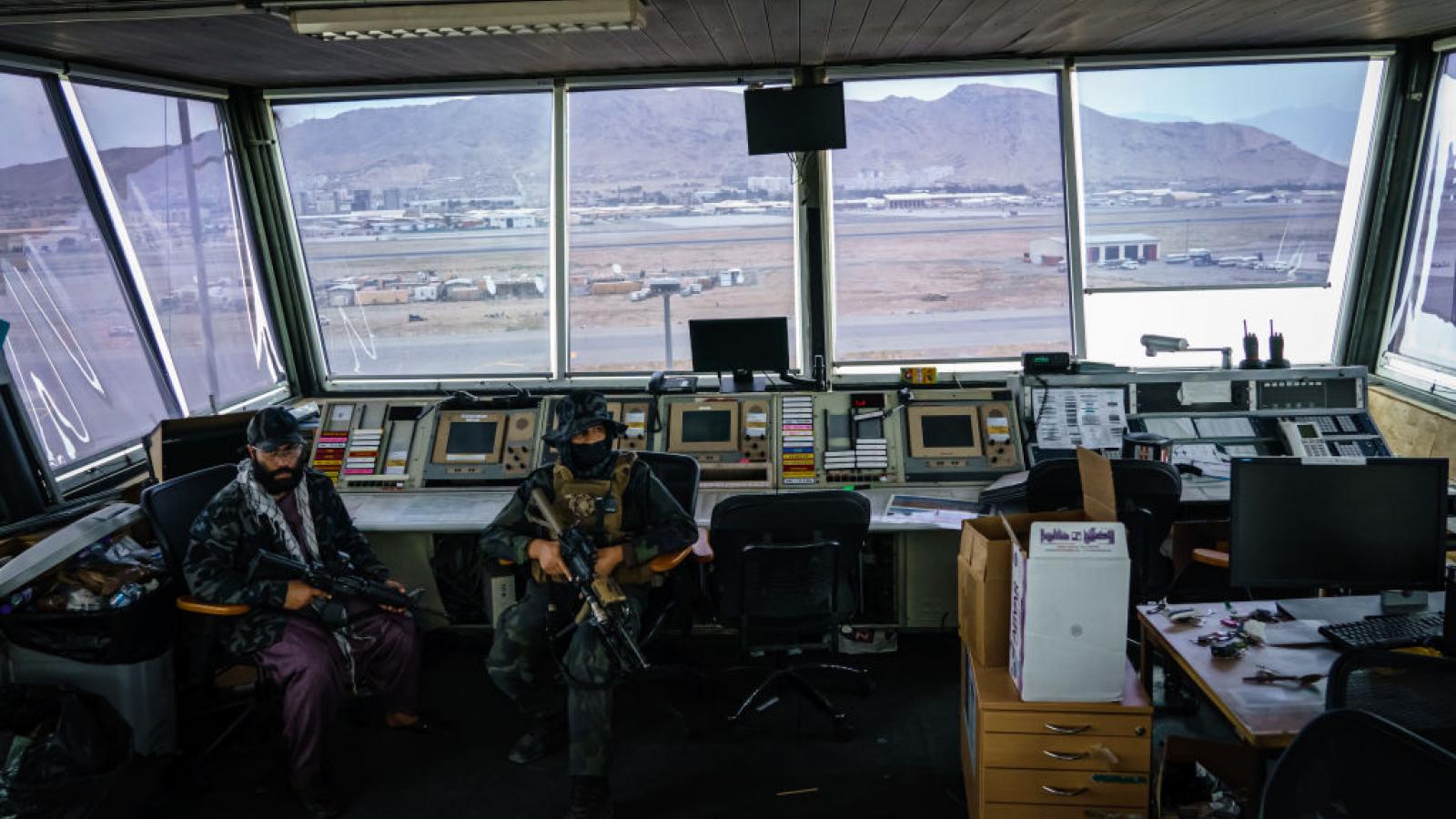 As international officials deliberate over when the airport in Kabul will open and under what conditions, a civilian plane has flown daily sorties from the closed facility to the southern city of Kandahar, flight records show.

The "morning shuttle to Kandahar," as aviation-watchers have dubbed the daily flight, appears to have taken place in the chaotic aftermath of relinquishing airport control to the Taliban, according to records viewed by Just the News.

Data on flight tracking sites have shown empty airspace over Afghanistan at least since the early evening of Aug. 30, after the last U.S. military plane took off from Kabul.

As of Thursday, Qatari Foreign Minister Mohammad bin Abdulrahman Al Thani said that the airport is closed, with "no clear indication" of when it will reopen. "We remain hopeful we will be able to operate it as soon as possible," Al Thani told reporters in Doha. "We are still in the evaluation process. ... We are working very hard and engaging with the Taliban to identify what are the gaps and the risks for having the airport back up and running."

Officials from two Afghan civil air carriers — Kam Air and the state-owned Ariana Airlines — have said that their operations in Kabul have been paralyzed by damaged aircraft and systems and by losing access to key personnel, such as pilots and engineers. Additionally, systems in the airport itself have been damaged, officials said.

"It will take so long to reactivate all these systems and the terminal," Farid Paikar, the chief executive of Kam Air, told a reporter.

Individual flight records viewed by Just the News, however, have shown daily departures from Kabul to Kandahar this week, with daily flights scheduled at least into October.

The flights are listed as civil sorties from Ariana Air. The daily sorties, Ariana Afghan Flight FG-267, depart Kabul at 11 a.m. local time for the one-hour journey to Kandahar.

Records on flight radar sites do not specify the type of aircraft being flown, but listings on the airline website show that it is a Boeing 737.

A Boeing 737 typically can carry from 108-215 passengers, depending on the configuration, according to information from the manufacturer. The listings for Flight 267 on the Ariana Air website consistently show that on the daily flights, five seats are available.

Intelligence sources contacted by Just the News offered no concrete information on who or what is on the five seats, but noted that the destination is significant.

Kandahar is a traditional base for the Taliban and is also home to the Karzai family, one source reminded. Hamid Karzai was president of Afghanistan from December 2001 to September 2014.

"Any flights between Kabul and Kandahar will be of interest," one source said.

The FAA on Monday banned all U.S. commercial carriers from flying at all altitudes in the Kabul flight information region. The ban is prompted by "the risk posed by extremist/militant activity, lack of risk mitigation capabilities, and disruptions to air traffic services," the agency wrote in an Aug. 30 notice.

The notice accompanied a series of "Do Not Travel" warnings from the U.S. State Department.

On Aug. 26, the day a deadly bomb struck outside the airport's Abbey Gate, killing 14 American service members, civilian flights in and out of the airport included a Gulfstream jet from Kabul to Tblisi, Georgia; and another from Athens into Kabul, according to flight data.

The next flight to Kandahar is scheduled for 11 a.m. on Sept. 4.