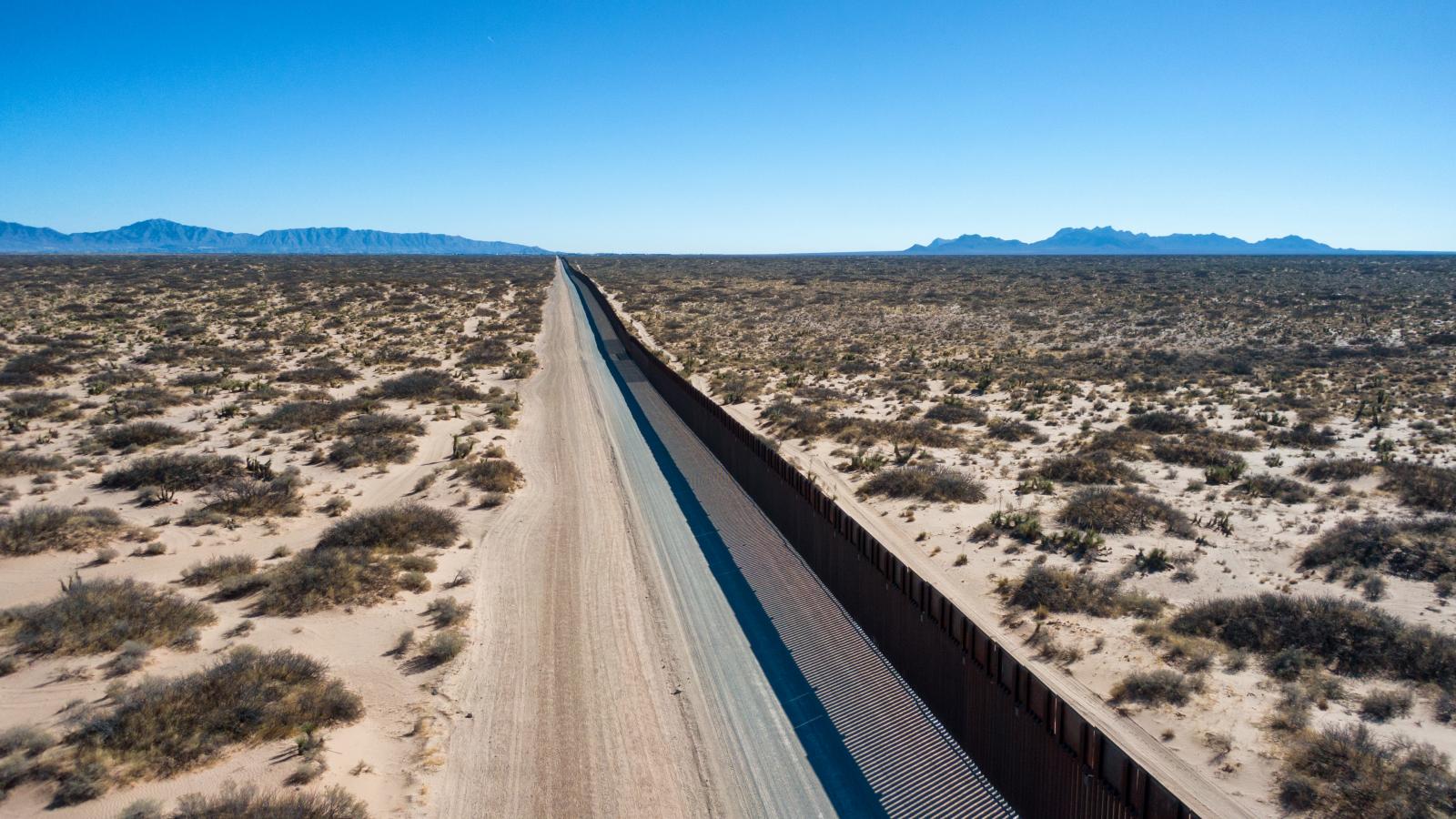 Tens of thousands of migrants from other countries are making their way north to the southern border, an open border activist and government officials warn.

Irineo Mujica, Director of Pueblo Sin Fronteras, an NGO that provides "shelter and safety to migrants and refugees in transit" and accompanies them "in their journey," says a new Haitian caravan is making its way to the U.S. border from Tapachula, Mexico.

He also says 800 Haitians and Central Americans are crossing the Guatemalan border every day making their way north.

The Haitian caravan is supposed to leave around Oct. 25 from Mexico, with or without clearance from Mexico, he says.

"We are leaving in 20 days," Mujica posted on social media outlets. "We prefer to march with [travel] papers. […] And this time, with papers or without papers, we are ready for war. If the National Guard comes and they are cowardly enough to beat women and children, let them prepare because God's hand is with us."

They've been stopped so far only by the Mexican government. Thousands of people demanding to enter the U.S. illegally are protesting in Mexico over not being able to leave because the Mexican government will not issue them travel papers, which are needed to get past National Guard and National Immigration Institute checkpoints.

Panama's foreign minister Erika Mouynes has warned that roughly 60,000 people have recently come through the Central American country making their way north to the U.S. southern border. They are traversing through an area called the Darien Gap, a 60-mile stretch in a jungle primarily controlled by human smugglers, heading north.

"We've engaged with every single authority that we can think of, that we can come across, to say, 'Please, let's pay attention to this,'" Mouynes said.

Expressing frustration that she warned the Biden administration and yet a steady flow of people are still coming, she told Axios, "We sounded the alarm when we should have."

"We have seen the growing phenomenon of irregular migration and have gained the attention of key actors," Mouynes said in a statement released by the foreign ministry after meeting with U.S. officials.

She called on the U.S. to help enforce a plan coordinated with countries in the region, saying, "Let's recognize that they all are heading toward the U.S."

"We all have a role to play in this issue, and the regional approach is the correct approach," Mouynes added. "It is impossible for Panama to solve it on its own."

Mouynes has asked Mayorkas and others "to show commitment and pressure nations to follow through on migration plans," as well as engage with Haiti to stop migrants from coming, Axios reports.

More than 85,000 migrants, mostly Haitians, have passed through Panama since January, Mouynes says.

Meanwhile, the Colombian government is holding back roughly 20,000 people demanding to make their way north to the U.S.

Texas Gov. Greg Abbott has already positioned Texas National Guard at certain points along the border preparing for a surge of people.

"Texas National Guard is gearing up at the border for increased caravans attempting to cross the border caused by Biden's open border policy," he said. "They are working with the Texas Dept. of Public Safety to seal surge locations at the border and arrest trespassers."

Texas taxpayers have so far footed a bill of $3 billion to fund border security efforts, and counties and the state have issued disaster declarations. Abbott requested disaster assistance from FEMA, which the Biden administration rejected.

"Biden's failure to enforce immigration laws has left Texas no other choice than to secure the border," Abbott said in response. "Texas shouldn't have to withstand the financial burden of Biden's border crisis without federal assistance."

Mayorkas maintains that the border is closed and has publicly warned that migrants should not come to the U.S. However, the secretary recently decreed a unilateral change to U.S. immigration policy, announcing that being in the U.S. illegally would no longer in itself be grounds for arrest, despite federal law enacted by Congress saying it is.

Mayorkas has not issued a statement since meeting with Mouynes or announced how DHS plans to deal with the surge of people expected to converge on Texas and other border states.