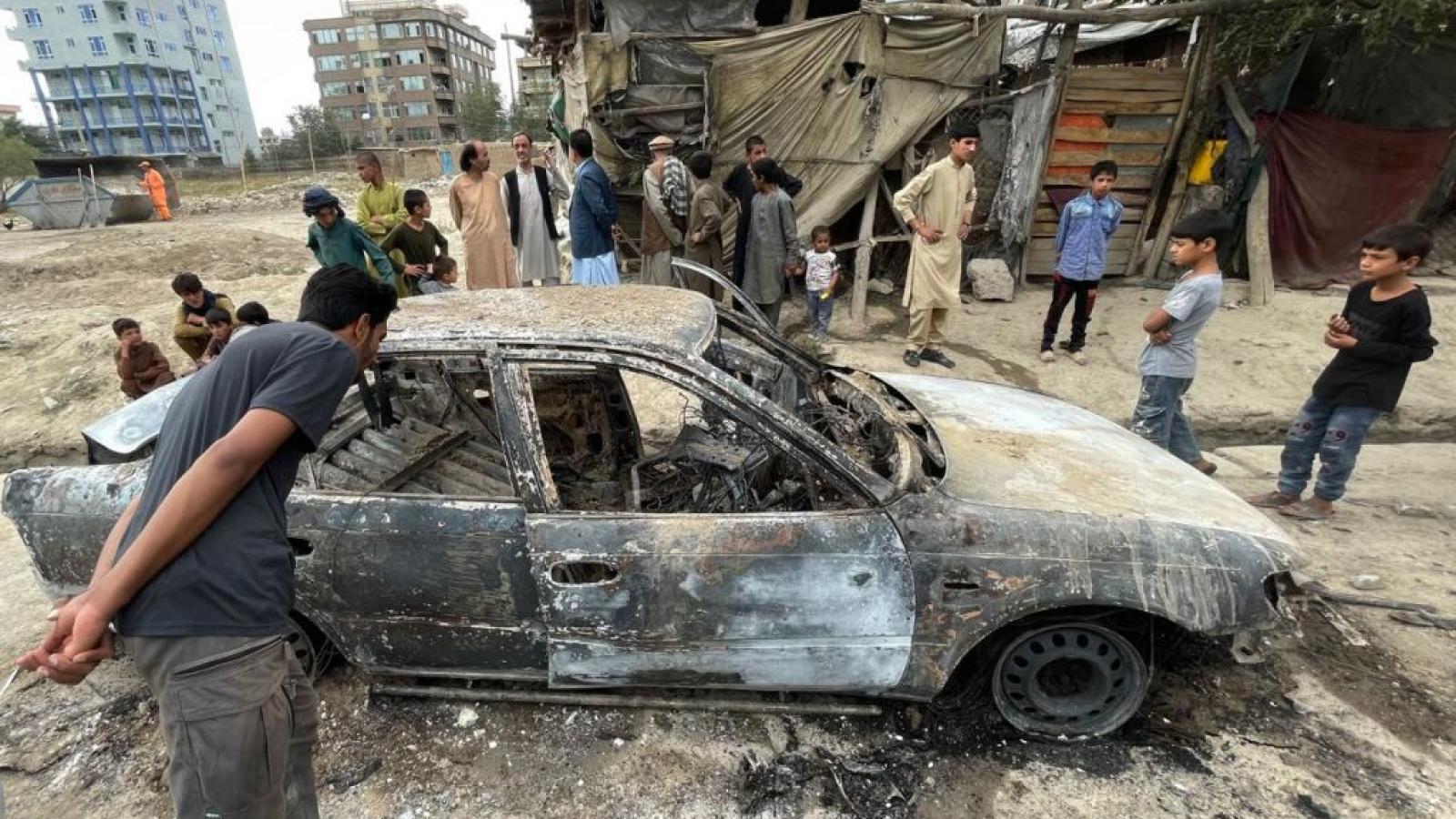 A vehicle suspected of being makeshift launch platform for rocket attack in Kabul, Afghanistan. Aug. 30, 2021.
(Haroon Sabawoon/Anadolu Agency via Getty Images)
By Just the News staff

A rocket attack early Monday in Afghanistan apparently targeting Kabul’s international airport struck a nearby neighborhood – one day before the deadline for the U.S. to complete its military troop withdrawal.

Five rockets were reported fired, with at least some intercepted by U.S. air defense.

There have been no reports so far about possible casualties.

The rockets did not stop the departure of U.S. military C-17 cargo jets from the capital city's Hamid Karzai International Airport, with Tuesday also a deadline to get Americans and Afghan allies out of the country will U.S. troops are still in the country.

No group immediately claimed responsibility for the attack, according to the Associated Press.

Last week, a suicide bombing by the Islamic State group at one of the airport gates killed at least 169 Afghans and 13 U.S. service members.