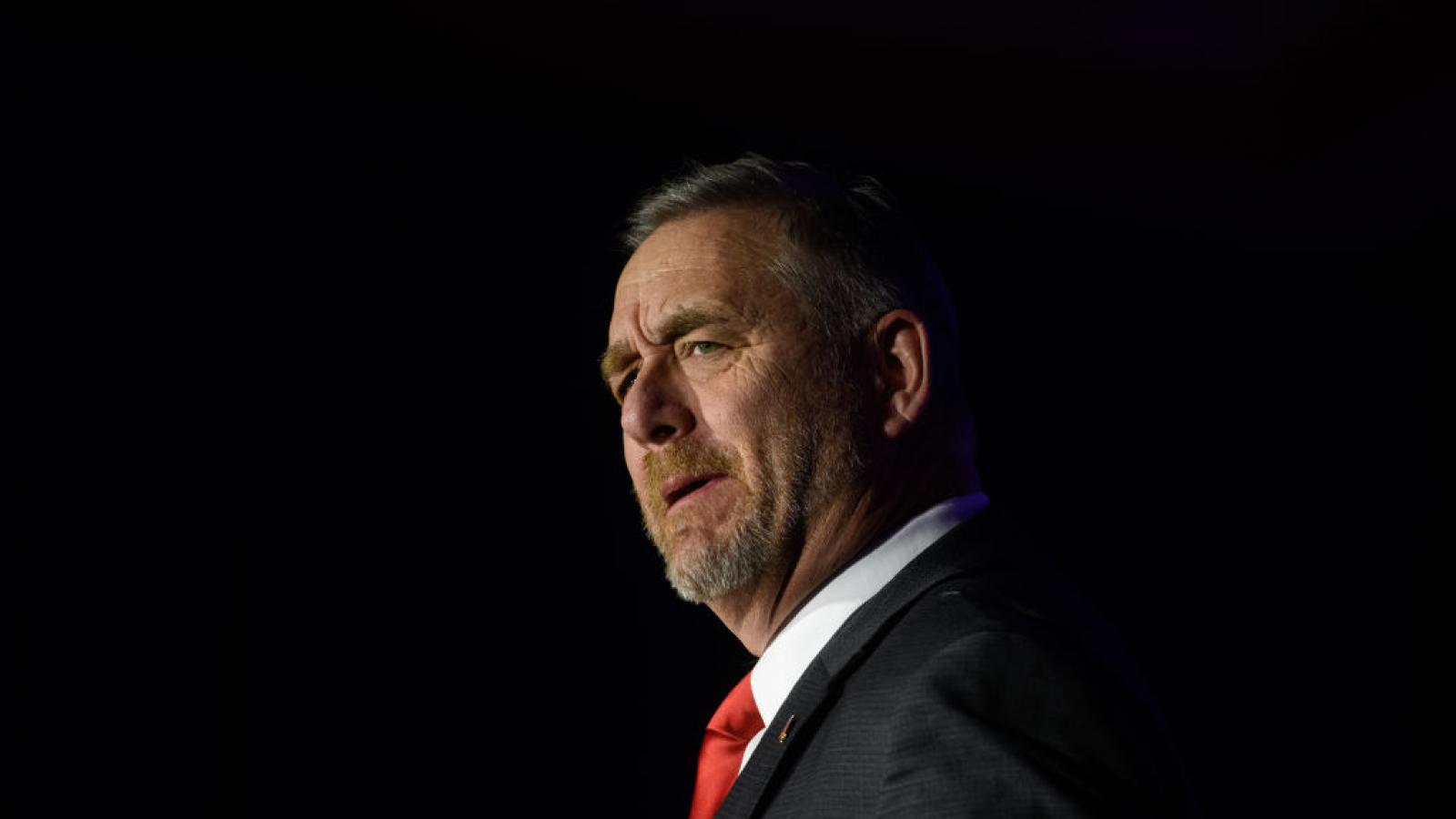 The attorneys general of Arizona, Montana and Ohio filed suit against the Biden administration Thursday to block an order by Department of Homeland Security Secretary Alejandro Mayorkas that would effectively halt deportations of illegal aliens — including those convicted of crimes — .

The AGs are asking the court to declare Mayorkas' guidance illegal and stop it from going into effect.

"On September 30, 2021, in a brazen display of contempt for Congress's statutory commands, Secretary Alejandro Mayorkas announced a policy that abandons DHS's duties to enforce or implement entire swaths of immigration law," they write in the complaint.

Mayorkas' Sept. 30 guidance would effectively halt nearly all deportations, preventing immigration officers from enforcing the law they are sworn to uphold. The guidance goes into effect Nov. 29 unless it is blocked by a judge. The new policy was announced after two previous policies were partially enjoined after multiple states sued.

"The fact an individual is a removable noncitizen therefore should not alone be the basis of an enforcement action against them," Mayorkas said in February when announcing the first such policy, although immigration law passed by Congress states the opposite.

Under Mayorkas' new guidelines, "As long as unauthorized aliens present in the United States prior to November 1, 2020, have not committed crimes related to terrorism and espionage, or do not pose egregious threats to public safety, they are not subject to deportation."

In response, Arizona Attorney General Mark Brnovich said Thursday: "The Biden Administration continues to pursue its reckless open border policies, with a shocking disregard for the law and the safety of American families. It's latest administrative guidance would essentially abolish ICE, even as escalating crime and atrocities are moving through our border and into communities across the country."

This is the fourth lawsuit Brnovich has filed against the Biden administration over immigration.

Mayorkas' guidance violates federal law, the AGs argue, which requires ICE officials to remove illegal aliens that receive a final deportation order within 90 days. Under Mayorkas' nonenforcement policy, ICE officials would be prohibited from enforcing the law, unable to categorically remove illegals — even with dangerous convictions — unless they are suspected of terrorism or espionage.

There are currently more than one million individuals with final removal orders still living in the U.S. who have not been deported, the AGs point out. Mayorkas' guidance would render these orders inoperative.
Under the guidance, Mayorkas also directed ICE officials to no longer transfer most deportable illegal aliens from local prisons to ICE custody when they are set to be released from jail, even though the law requires them to do so. Instead, illegals would be released into communities throughout the U.S.

Under Mayorkas' previously issued Interim Guidance, arrests and deportations were slashed, and criminal illegal aliens were released from jails instead of being removed from the country.

"Law enforcement officers in Montana are doing what they can to combat crime resulting from drugs trafficked across the southern border, but we're fighting an uphill battle until the Biden administration does its job and enforces immigration laws," Montana Attorney General Knudsen said. "The President's attempt to release thousands of people into our communities with no consideration of their potential criminal history is a dangerous policy."

In addition to being illegal, the AGs argue Mayorkas' guidance will only incentivize illegal immigration and worsen the border crisis.

"Illegal drugs and criminals are pouring into our neighborhoods, and now the federal government wants law enforcement to sit by and do nothing," said Ohio Attorney General Dave Yost. "This is reckless, and it violates the law."

"Enforcement priorities for apprehension and removal remain focused on noncitizens who are a threat to our national security, public safety, and border security," Mayorkas said in announcing the new guidelines. "But the guidelines are a break from a categorical approach to enforcement. They require an assessment of the individual and the totality of the facts and circumstances to ensure resources are focused most effectively on those who pose a threat."

"The new guidelines," said Mayorkas, "will enable DHS to most effectively accomplish our law enforcement mission and, at the same time, advance our country's well-being by recognizing the invaluable contributions of millions of individuals who are part of the fabric of our communities. The guidelines will help us exercise our prosecutorial discretion to achieve justice."