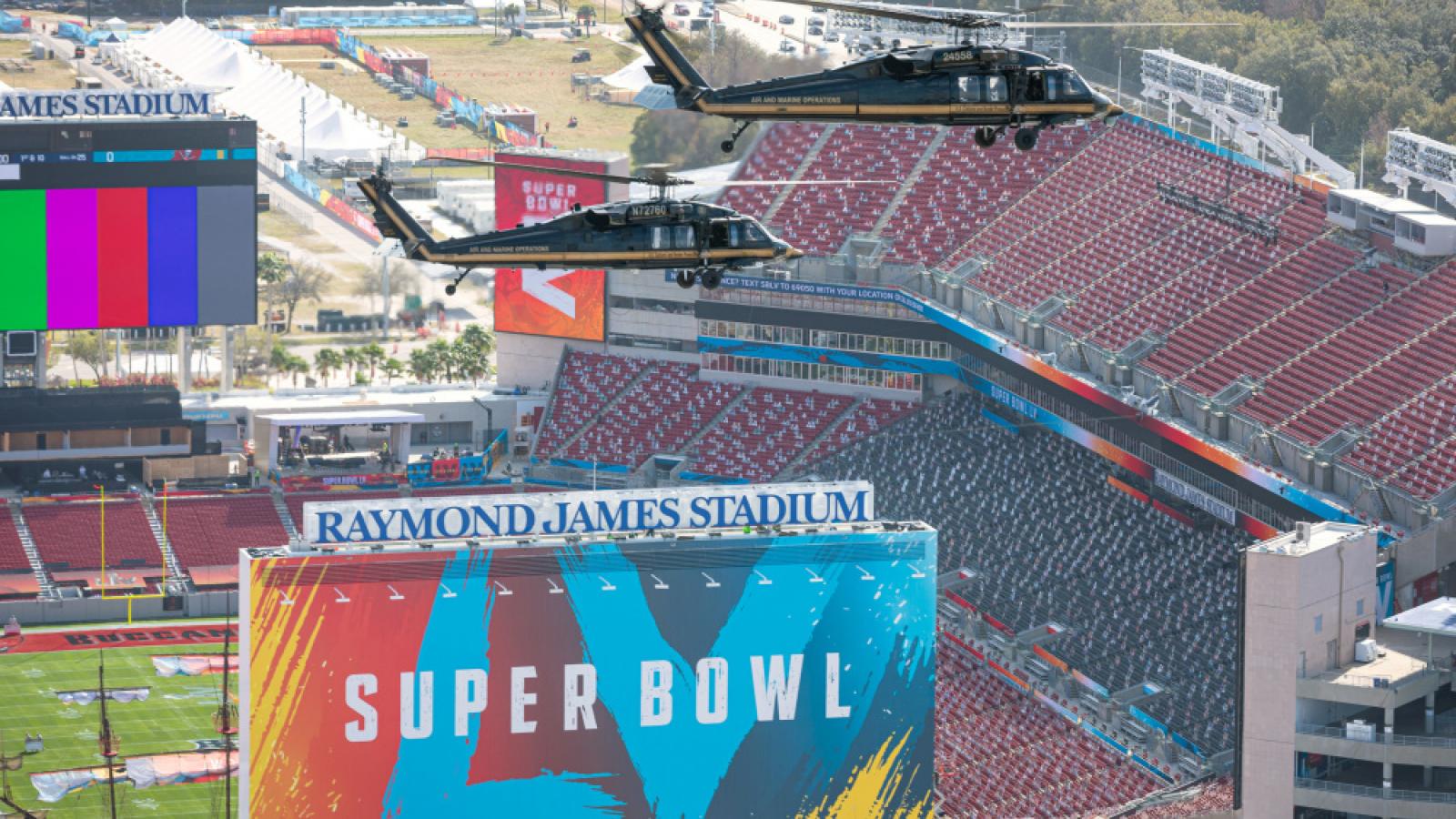 In the first major American sporting event since the U.S. Capitol was breached on Jan. 6, more than a dozen law enforcement agencies have teamed up to maintain security on Sunday at Super Bowl 55, officials said.

"We've been working hard all year to make sure your only worry is who's going to win," the Tampa FBI's Michael McPherson told reporters this week. "Our goal is your safety."

The National Football League's championship game between the Tampa Bay Buccaneers and the Kansas City Chiefs will take place Feb. 7 at Tampa's Raymond James Stadium. And, while COVID-19 has reduced the audience to only a third of the venue's capacity, security officials have beefed up their presence over previous years' games.

The game will be played less than two weeks after the Department of Homeland Security issued a months-long National Terrorism Advisory System Bulletin.

"Information suggests that some ideologically-motivated violent extremists with objections to the exercise of governmental authority and the presidential transition, as well as other perceived grievances fueled by false narratives, could continue to mobilize to incite or commit violence," reads the Jan. 27 bulletin.

The bulletin advised, among other things, that Americans avoid large crowds. And, even at reduced capacity seating, the Super Bowl will draw large numbers of people.

Security officials were careful to note that nothing so far indicates that the big game is a target.

"There are no credible threats to the Super Bowl, or any related activity, at this moment," McPherson said. But, he noted: "We're constantly looking at threats that happen around the country."

In light of last month's breach on the Capitol, officials are paying particular attention to intelligence work regarding potential domestic threats, said David Pekoske, the acting secretary of the Department of Homeland Security.

"This is a nationwide 24/7, 365 job, but it's especially true in an event like this," Pekoske said. "The Super Bowl is an attractive target for terrorists and criminals. So, we never take the eye off the ball."

The DHS designates the Super Bowl with a Special Event Assessment Rating Level 1 (SEAR-1), reserved for national and international events that merit extensive coordination among federal agencies. The federal units pitch in to provide expertise in various areas such as bomb detection, cargo screening, and anti-human trafficking.

This year, because Tampa abuts a bay that feeds into the Gulf of Mexico, security will include waterborne protection. The Coast Guard and the U.S. Customs and Border Protection agency dispatched patrol boats this week, scanning for improvised bombs and other threats.

International special operations teams for years have held mock anti-terror drills in Tampa Bay, staging dramatic hostage rescue missions both on shore and aboard ship. As a result, one special operations crew member said, security forces are deeply familiar with the bay and its features. "This is the home field for defense," the crew member said.

"Our goal is safety, and we are ready," McPherson said.

Law enforcement agencies said that they have spent more than a year planning for security surrounding the 55th Super Bowl.