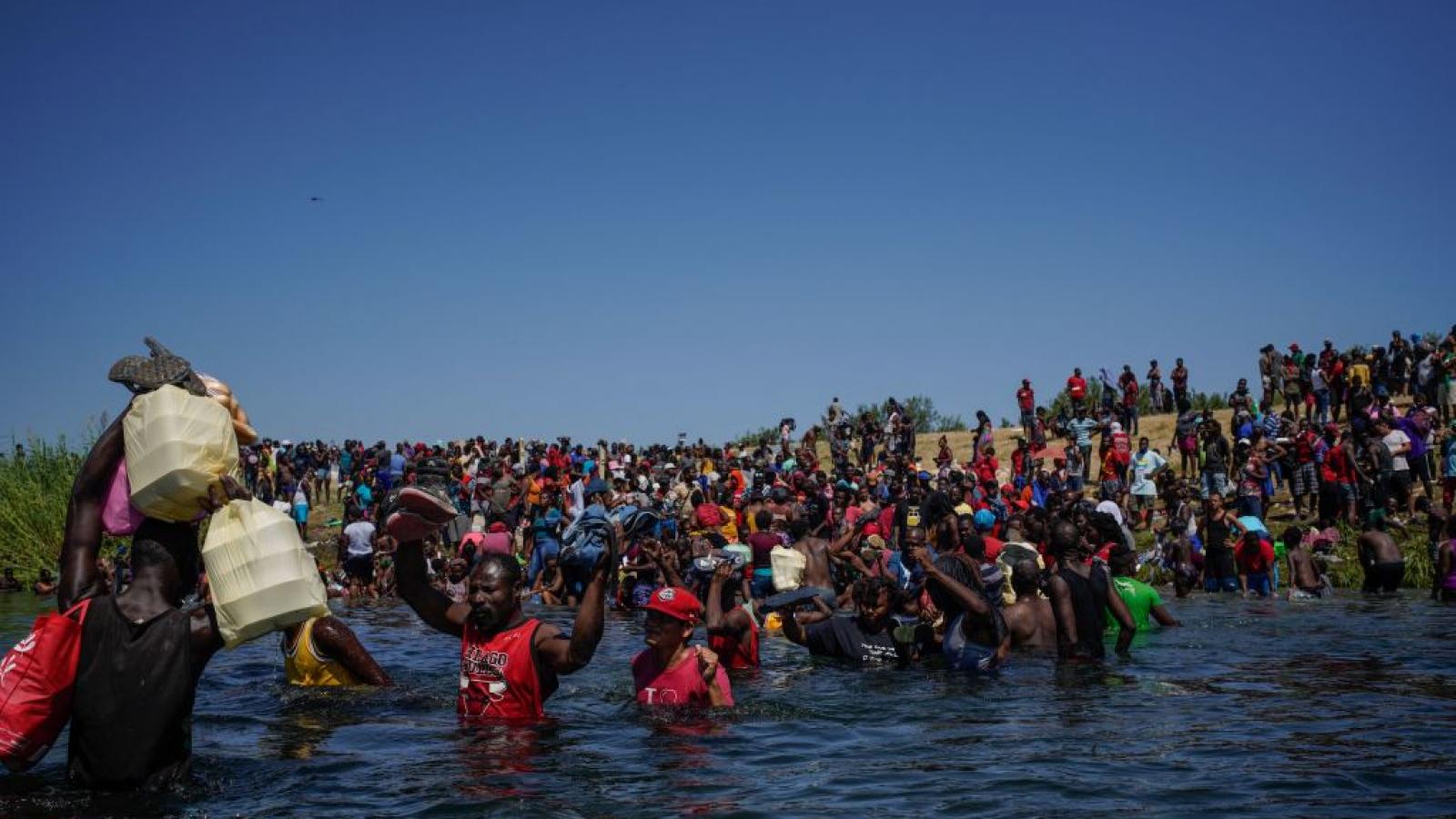 Haitian migrants in US. cross Rio Grande River back to Mexico for supplies. Sept. 19, 2021.
(PAUL RATJE/AFP via Getty Images)
By Just the News staff

The Biden administration on Sunday began removing thousands of migrants encamped in the Texas border city of Del Rio, including the use of flights to return them to their homeland of Haiti.

At the same time, about a dozen Texas Department of Public Safety vehicles lined up near the bridge and river where Haitians have been crossing from Mexico for almost three weeks, effectively closing that part of the southern U.S. border, according to the Associated Press.

Del Rio is a frequent destination for illegal immigrants crossing the border. Those being removed have been huddled under a bridge while they wait to be processed by U.S. Border Patrol agents.

Haitians have been migrating to the U.S. in large numbers from South America for several years. Some at the Del Rio camp said the recent devastating earthquake in their country and the assassination of President Jovenel Moise make them afraid to return, the wire service also reports.