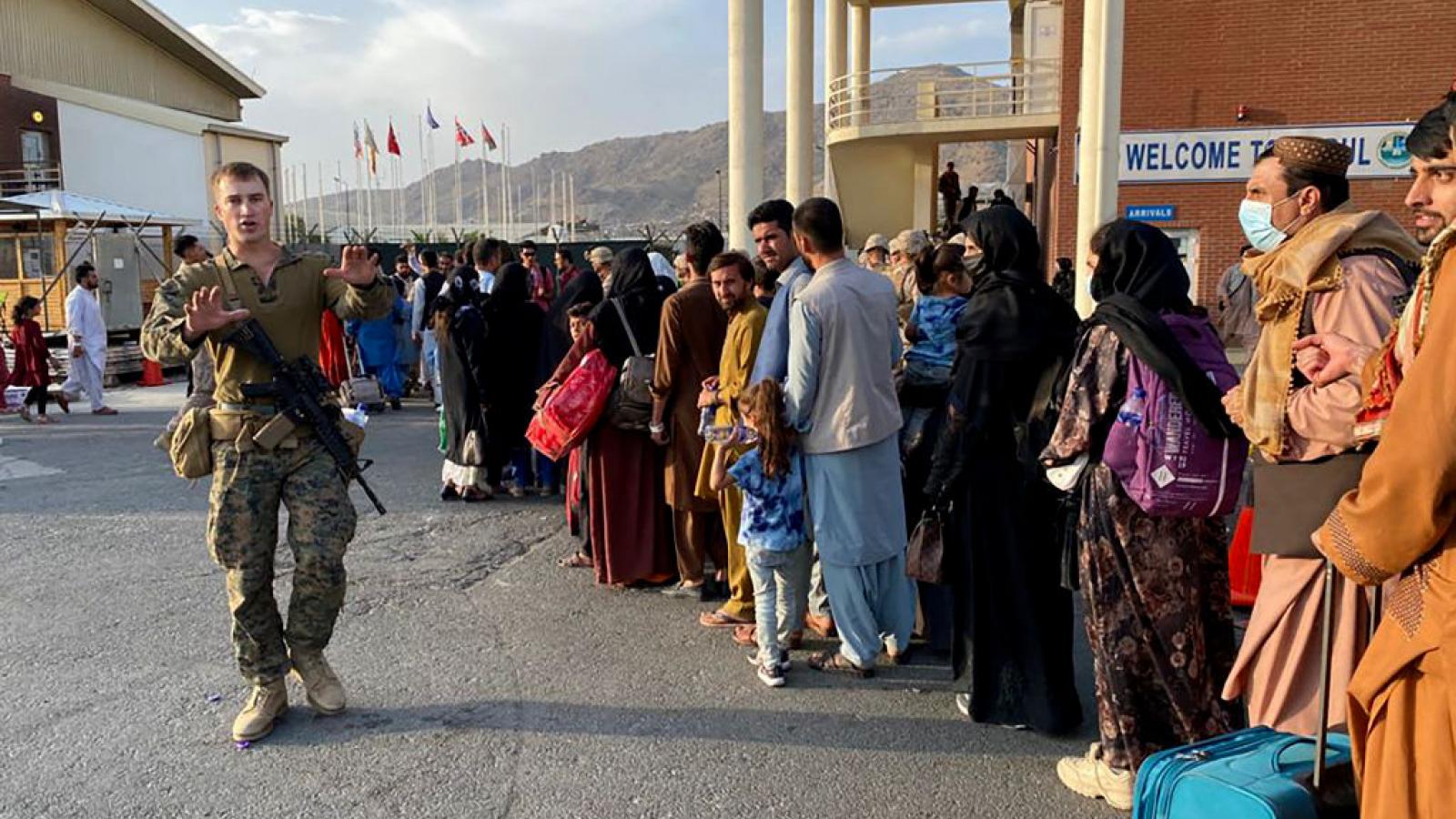 The 13 U.S. service members killed in Afghanistan late last month as they were helping screen Afghans and others attempting to flee the country have each been posthumously awarded a Purple Heart.

The members of the U.S. armed forces were killed in a suicide bomber attack outside the Abbey Gate at the Hamid Karzai International Airport in Kabul, Afghanistan on Aug. 26 – during the finals days of the evacuation mission.

In addition to the troops, at least 169 Afghans were killed the bombing as they struggled through the chaotic and crowded airport.

The naval officer who was killed in the attack has posthumously been promised to the rank of hospital corpsman third class, and in addition to the Purple Heart, was awarded the Fleet Marine Force Corpsman warfare page.