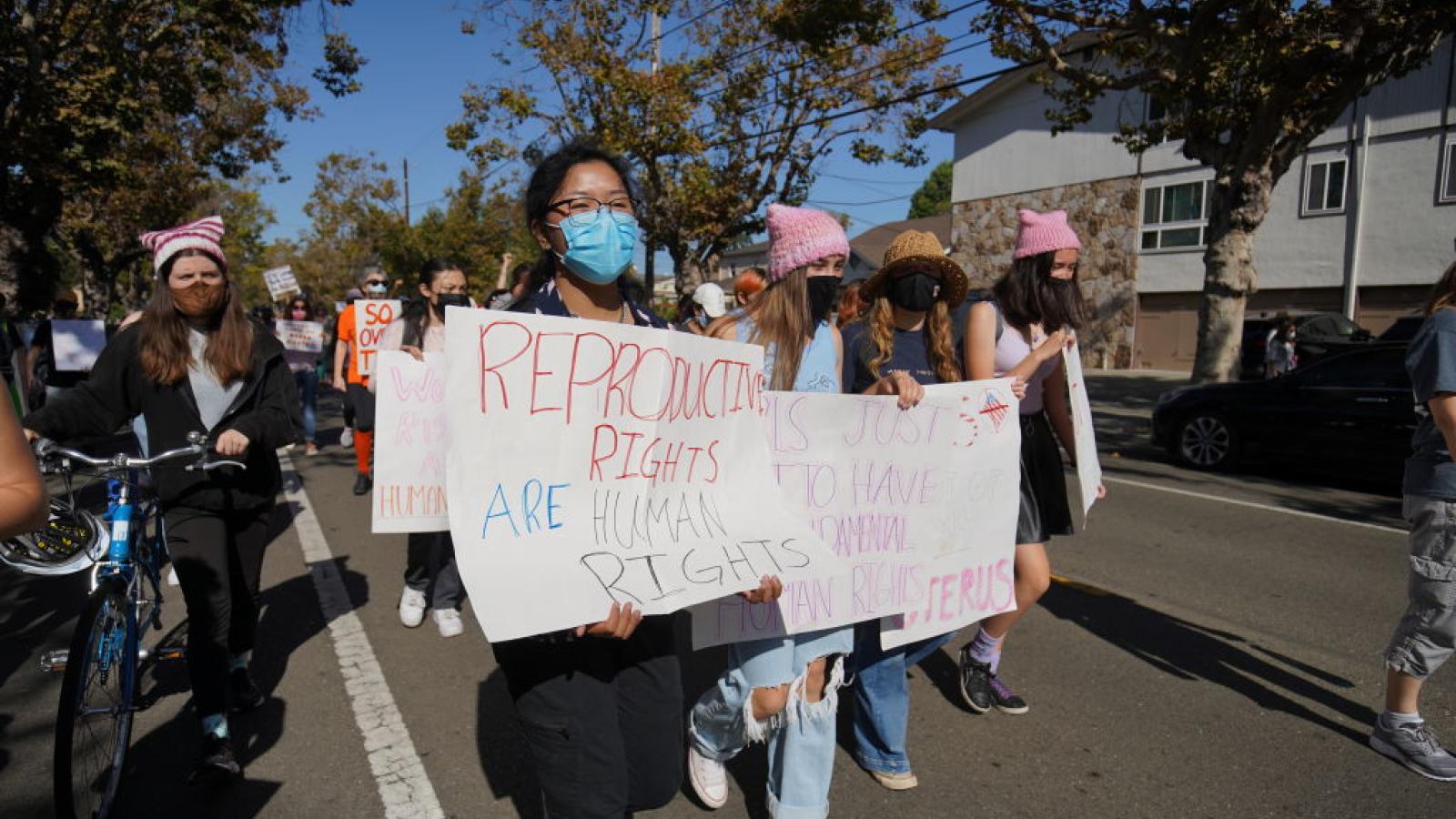 Protesters hold placards during the demonstration. Around two hundred people marched on the streets of Alameda to defend women's rights. Their demands included the right to abortion across the United States
(Michael Ho Wai Lee / Getty Images)
By Sophie Mann

As states prepare for the Supreme Court decision due next year that will dictate the future of abortion rights in America, the California state legislature has revealed a plan to make the state into a "sanctuary" for individuals seeking abortions.

The plan includes the possibility that the state could pay for the travel, lodging and abortion procedures for women from other states.

The California Future of Abortion Council, which includes more than 40 abortion providers and advocacy groups, published a list of recommendations for the state to consider, should the Supreme Court overturn Roe v. Wade.

State policymakers, including top members of the California Senate, helped write them and Democratic Gov. Gavin Newsom has said that some of the details included on the list will make their way into his January budget proposal.

California is one of just six states that requires private insurance companies to cover abortions, in addition to funding the abortions of the state's poor through Medicaid.

The report asks California to fund three travel expenses, lodging, transportation, and child care for out-of-state patients seeking abortions in California. It additionally requests that lawmakers ensure abortion providers are reimbursed for services to those who cannot pay.