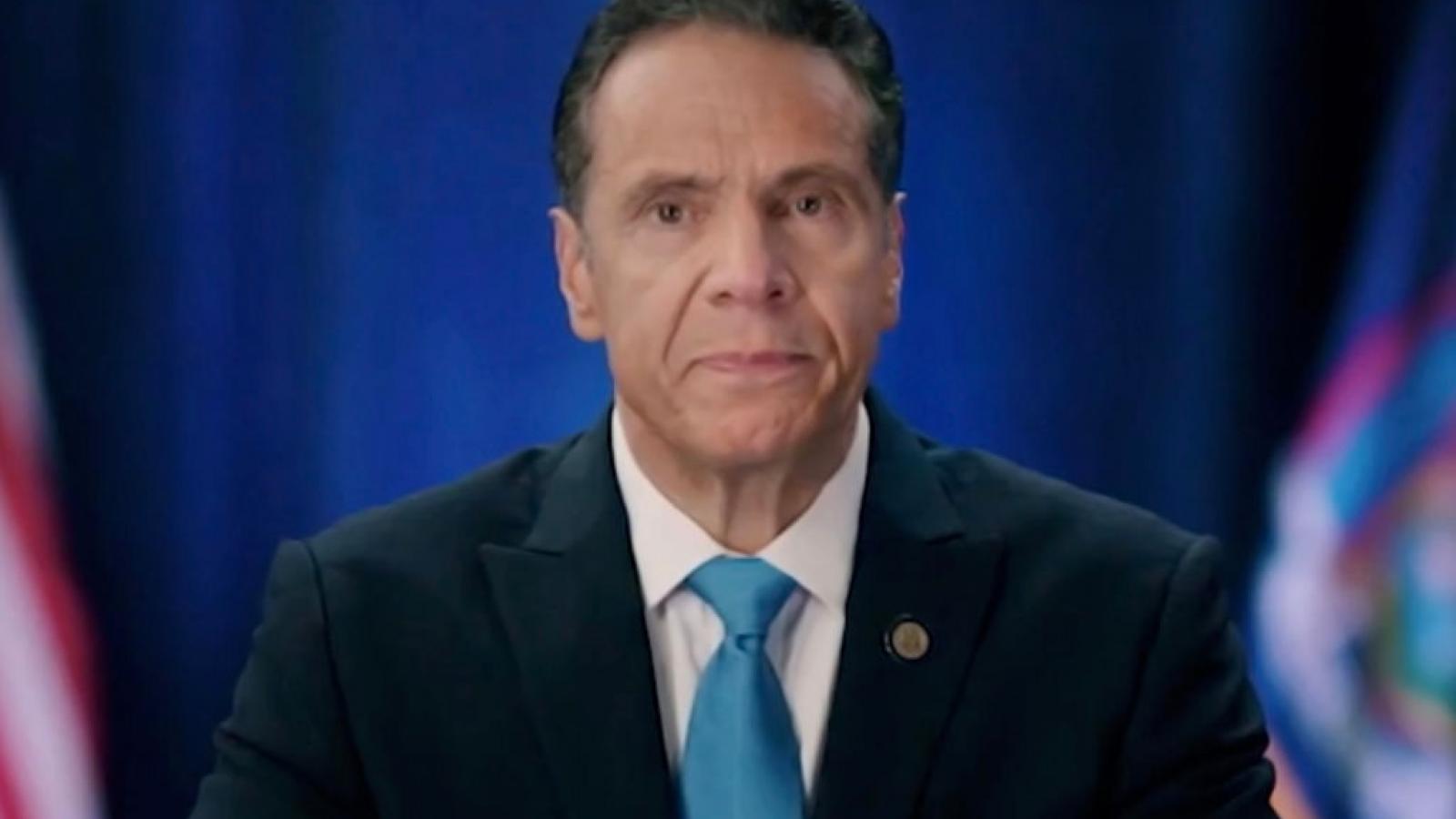 Cuomo during a livestream of the Democratic National Convention, Aug. 17
(Handout/Getty)
By Daniel Payne

A currently employed aide to New York Gov. Andrew Cuomo has become the eighth woman to accuse the embattled politician of sexual harassment, adding on to the growing roster of women who claim to have been subject to inappropriate remarks and behavior by the three-term Democratic governor.

Alyssa McGrath told the New York Times that Cuomo "called her and her co-worker 'mingle mamas' ... inquired about her lack of a wedding ring," and "[told] her she was beautiful — in Italian," the paper reported.

"He has a way of making you feel very comfortable around him, almost like you’re his friend," McGrath told the paper, claiming she felt uneasy about the interactions only after they occurred, particularly after reading about the accounts of the other women who have accused the governor.

A lawyer for Cuomo told the paper that Cuomo's behavior and greetings often include kisses on the cheek or the hand to both men and women, as well as phrases such as "ciao bella," or "hello, beautiful" in Italian.

"None of this is remarkable," the attorney told the Times, "although it may be old-fashioned. He has made clear that he has never made inappropriate advances or inappropriately touched anyone."