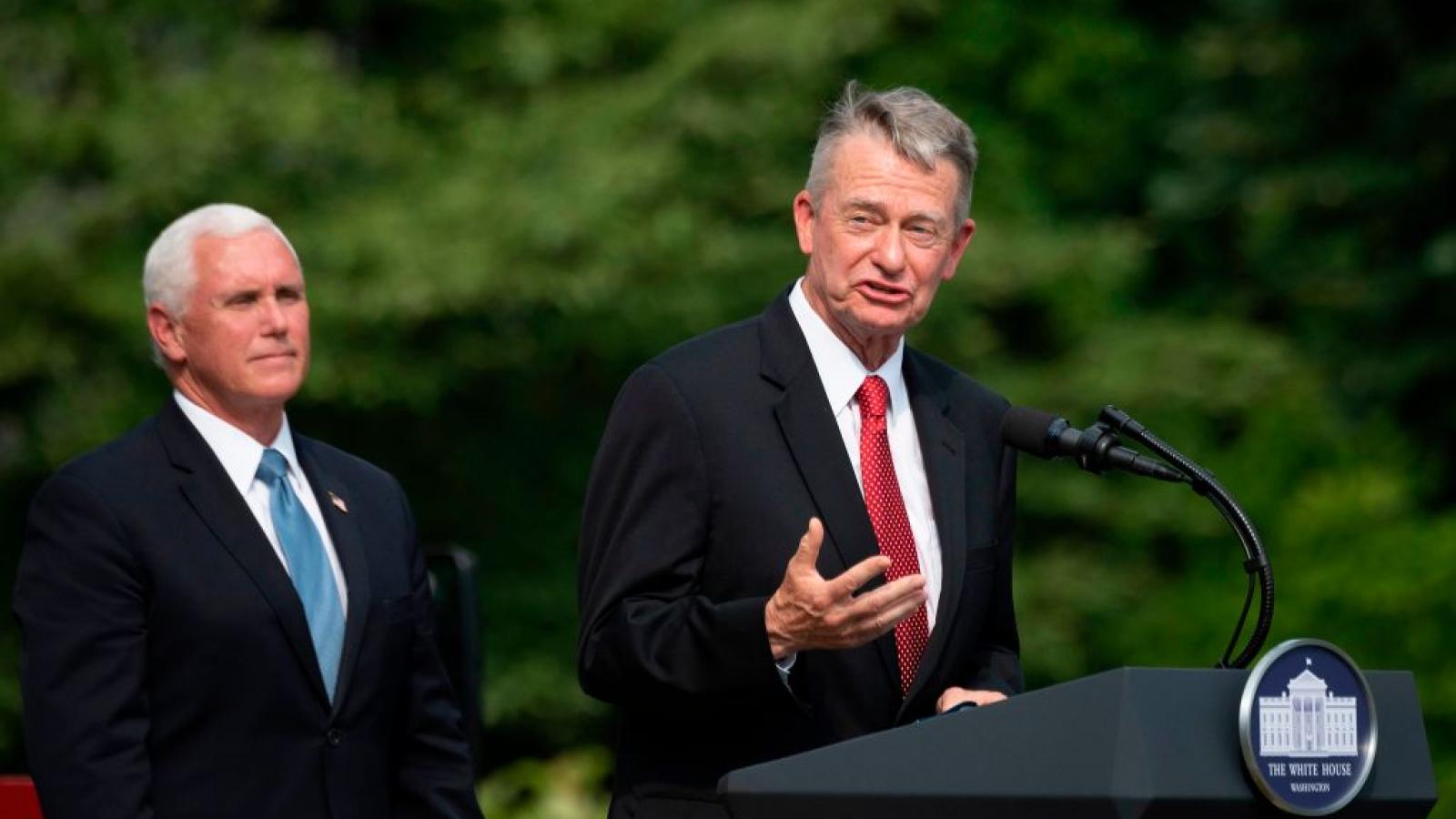 Idaho Lt. Gov. Janice McGeachin issued an executive order Tuesday substituting vaccine mandates for mandatory coronavirus testing in schools and colleges – prompting Gov. Brad Little, who is away at the U.S.-Mexico border, to say he had not authorized his second-in-command to act on his behalf.

Little says he will rescind any executive orders issued by McGeachin, a fellow Republican, while he is away, including McGeachin's attempt to mobilize Idaho National Guard troops to send to the border.

"I am in Texas performing my duties as the duly elected governor of Idaho, and I have not authorized the Lt. Governor to act on my behalf. I will be rescinding and reversing any actions taken by the Lt. Governor when I return," Little said.

He is expected back in his state on Wednesday.

Little was in Texas this week meeting with nine other Republican governors to discuss the crisis at the southern border.

McGeachin is angling for Little's job come the 2022 election. In Idaho, the governor and lieutenant governor do not run on the same ticket, and Little and McGeachin have long had political differences.

This is not the first time McGeachin has taken an opportunity to utilize the governor's absence from the state to her own political ends. In May, she issued an executive order banning mask mandates, which Little overturned once he was back in Idaho.

The order issued by McGeachin this week would prevent employers from requiring their employees to be vaccinated against COVID-19. It is an extension of the order Little issued in April that banned mandates at state facilities not including schools.