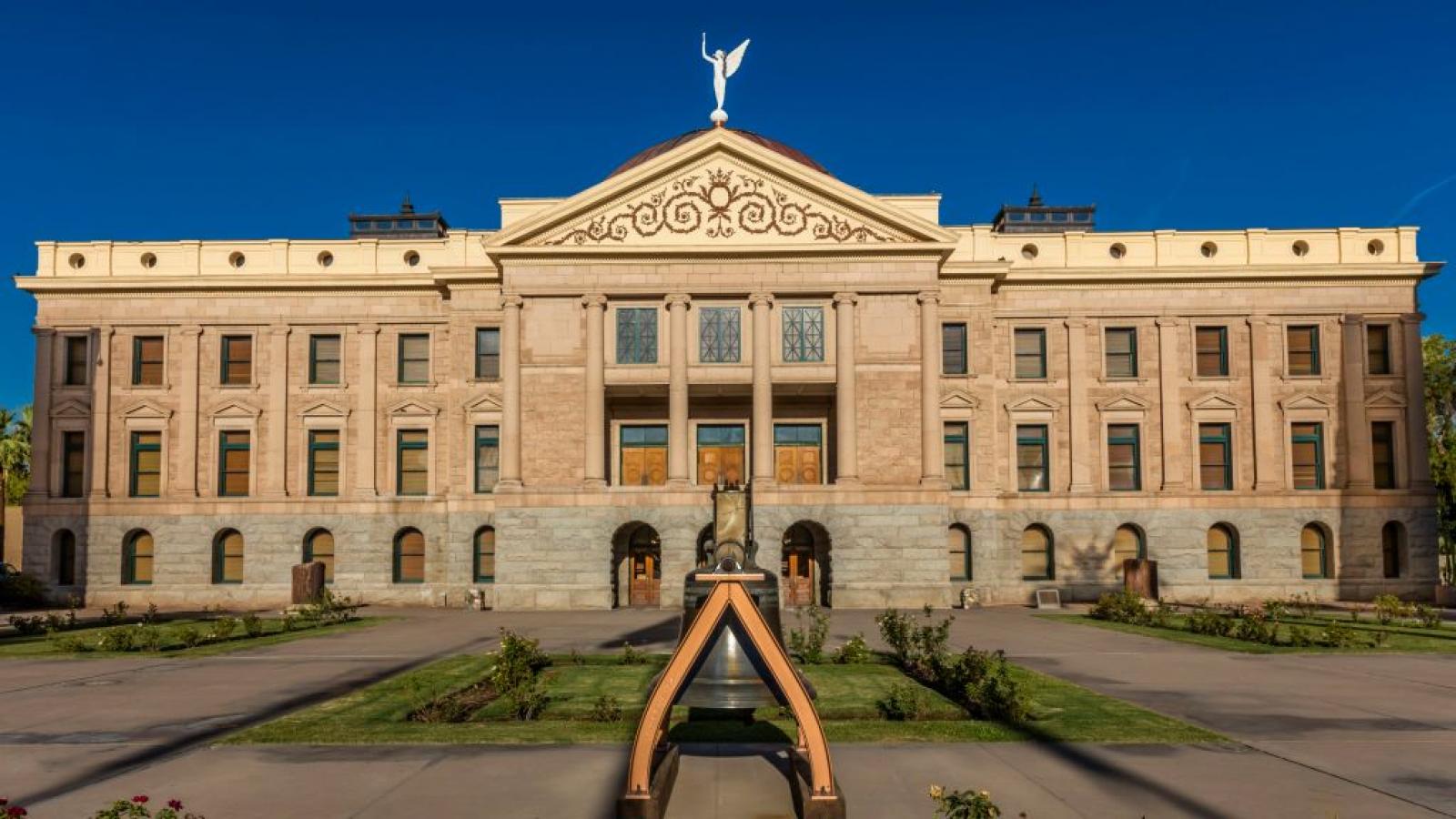 A move by Arizona Republicans this week to strip the Arizona secretary of state of some of her litigation powers signals another escalation of conflict between state Democratic and Republican officials amid a bitterly divisive ongoing audit of the 2020 election results of the state's largest county.

A bill passed by the Arizona House of Representatives Appropriations Committee this week would, if passed by the legislature and signed into law by Republican Gov. Doug Ducey, re-affirm constraints on the Secretary of State's involvement in election-related lawsuits.

The measure stipulates that "the legal defense of Arizona election laws and procedures are of statewide concern and that the AG has the sole authority to defend such laws," and further that the state attorney general "has sole authority in all election-related litigation" in general.

The move has been widely seen as a rebuke to Secretary of State Katie Hobbs, who has been vocally critical of the continuing audit of Maricopa County's 2020 election results. Last week Hobbs suggested that hundreds of machines that had been handled by auditors should be decommissioned, with Hobbs intimating that taxpayers may end up footing the bill for that decision.

State GOP Rep. John Kavanagh told Just the News that the measure passed by the appropriations committee was meant to rein in what has allegedly been the Secretary of State's office overstepping its constitutional and statutory bounds.

Kavanagh pointed to a lawsuit settled by Hobbs's office last year regarding a state deadline to return early voting ballots.

"Basically, the state's attorney is the AG of the entire state," Kavanagh said. "He's the one people elected to do litigation. We certainly want different agencies to have different in-house counsel, but litigation is something that goes through the Attorney General's office.

Kavanagh said the measure will likely pass in the future. "It's going to be part of the budget, assuming we ever pass a budget," he said.

The measure, if it passes, will likely serve to further inflame tensions in Arizona, where the two parties have squared off several times in recent months over the election audit.

State Democrats initially sued to halt the audit prior to its formal start. They ultimately settled, allowing the audit to proceed, though Democrats have continued to criticize it. Maricopa Sheriff Paul Penzone, for example, slammed a Senate Republican subpoena of county routers as "mind-numbingly reckless and irresponsible."

Hobbs herself suggested that she may continue handling litigation in the state in spite of the measure. "The most extreme members of our legislature think they can stop me from doing my job and working on behalf of Arizona voters," she said in a statement on Twitter this week. "I'll keep proving them wrong."

Democratic State Rep. Aaron Lieberman this week suggested the appropriations measure is little more than a politicized clapback to Hobbs's aggressive stance against the audit. "It feels like political score settling to me," he told Just the News.

Asked if he anticipated any pushback from the Secretary of State's office over the measure, Kavanagh said it was possible.

"When you take away somebody's power, they don't like it," he said. "But we have to respect the voters who voted for an attorney general."