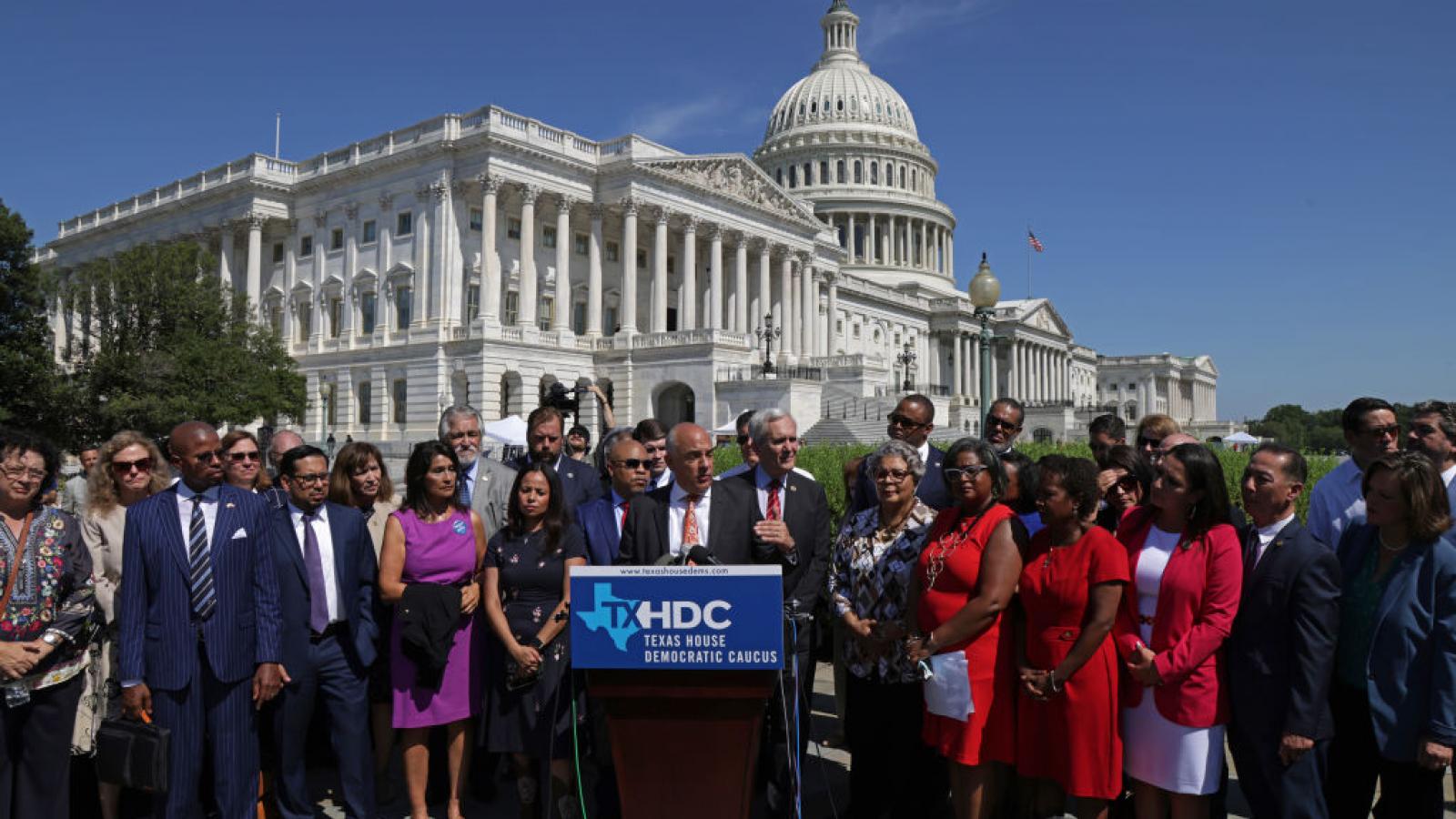 More than 20 of the Texas House Democrats who fled the state several weeks ago in order to avoid a special session vote on a set of voting rights bills have now filed a lawsuit against three Republicans.

The Democrats are arguing their constitutional rights were violated when the Republicans tried to bring them back to the Lone Star state to vote on the bills. The suit is filed against Gov. Greg Abbott, state House Speaker Dade Phelan, and state Rep. James White.

The suit argues that the plaintiffs "had been deprived of liberty for substantial periods of time, suffered much anxiety and distress over the separation from their families, and much discomfort and embarrassment," in addition to alleging that some members of the party were targeted due to their race. The complaint, however, does not mention or substantiate specific discriminatory acts.

The Texas Democrats fled their home state in July to deny the quorum needed to vote on the elections bills during what was to have been a special session of the legislature called by Abbott. In return, the lawmakers who did show up for the session authorized law enforcement to pursue the fugitive legislators.

Many of the missing lawmakers fled to Washington, D.C., where they would pose and deliver their message outside the Capitol, meet with high-profile Democrats, and possibly generate a COVID-19 Delta variant outbreak.

Abbott has called another special legislative session to address the bill, which the state Senate passed last month.