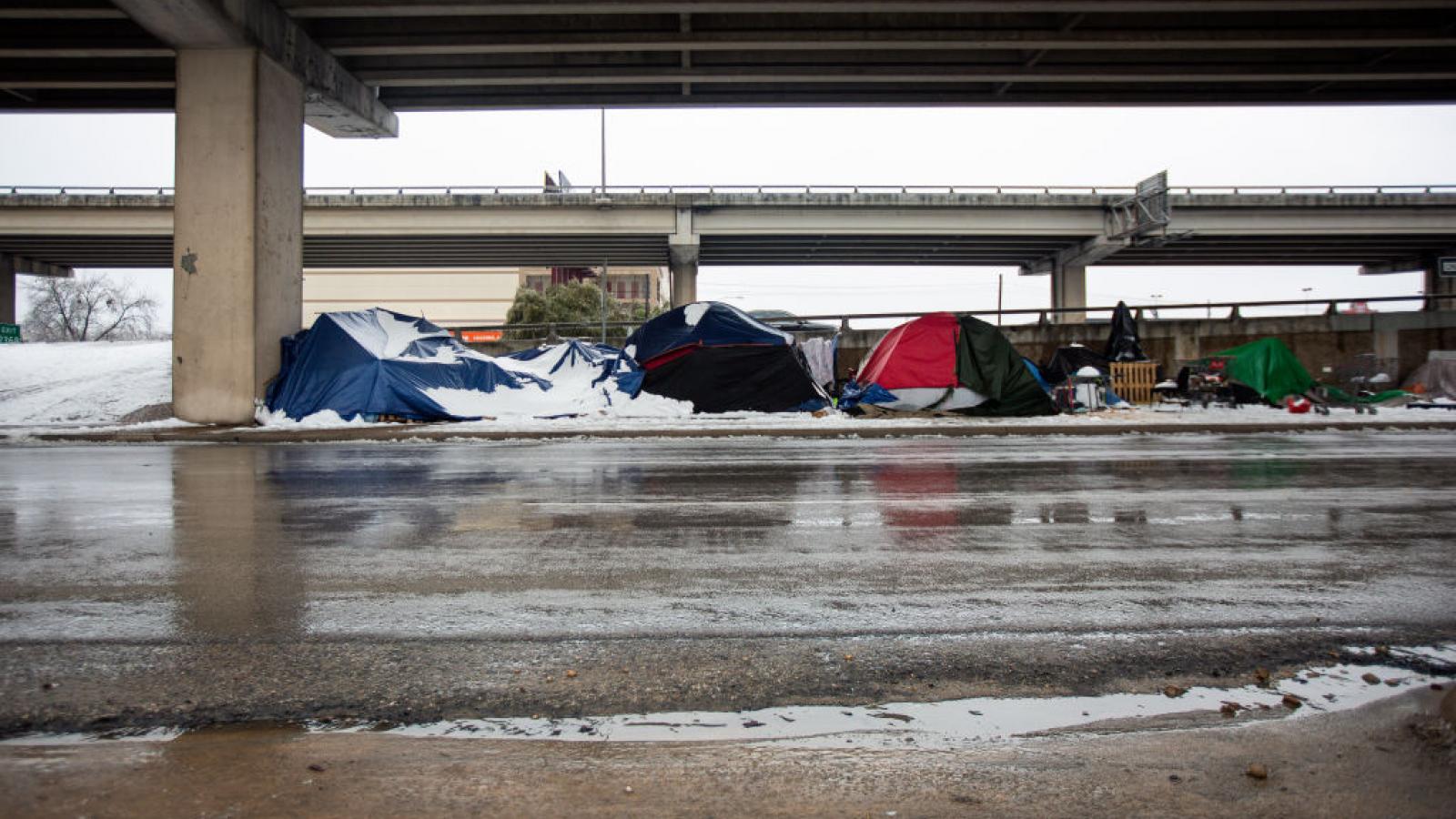 Homeless camps along the I-35 frontage road in Austin, Texas on February 17, 2021.
(Montinique Monroe/Getty Images)
By Brianna Kraemer

The Texas Senate has voted in favor of banning homeless encampments statewide – as the problem worsens in such cities as Austin, the state capital.

The measure would make camping in unapproved public areas a Class C misdemeanor with a maximum $500 fine.

The House passed the measure earlier this month. And the Senate this week approved the bill 28-3 but with two amendments, which must be approved by the lower chamber before the final version can be sent to GOP Gov. Greg Abbott for his signature.

If Abbott signs the measure into law, police will have to redirect homeless people to local resources like a shelter or non-profit organization “before or at the time” they issue a citation, according to Click2Houston.

The proposal comes after Austin lifted a similar ban just two years ago and as a result has experienced significant homelessness problems. A study by the Ending Community Homelessness Coalition found that an estimated 3,160 people experienced homelessness around the Austin area.

Earlier this month, Austin reinstated the ban when 57% of residents voted in support of bringing back the law that helped get people off the streets. With the statewide ban likely to become law, no cities would be able to opt-out.