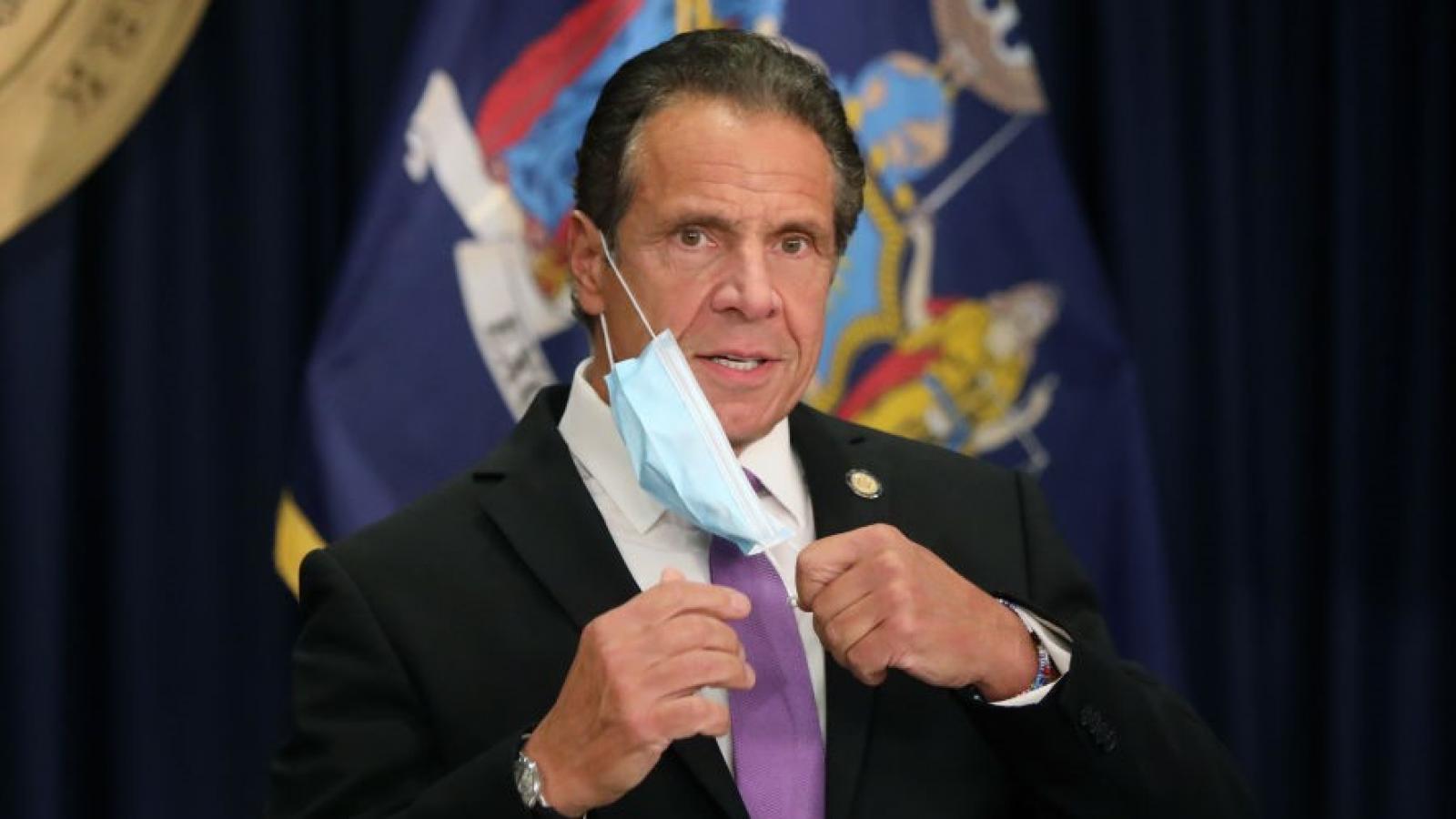 The top Democrat in New York's state Senate says Gov. Andrew Cuomo should resign if one more woman comes out to accuse him of sexual misconduct.

So far, three women have alleged that the Democratic governor sexually harassed them.

Andrea Stewart-Cousins, the Democratic majority leader, told Spectrum News that if there are "any further people coming forward, I think it would be time to resign."

"Quite honestly, I am so, so disappointed that here we are in 2021 and we are having these conversations on the heels of Me Too," she said.

Other top New York Democrats have already called on Cuomo to resign, including Rep. Kathleen Rice.

When asked whether she would want her daughter to work in Cuomo's office, Stewart-Cousins balked.

"I am concerned. That’s what I’m really, really clear about," she said. "Because I was 25 at some point, too. And back when I was 25, things were quite different. People said anything. We can’t go back, and the idea that a young woman would be subjected to sexual harassment in any workplace is just out of bounds."

She was also asked if the allegations are affecting her working relationship with the governor.

"I am at a place, and we are all at this place, where it’s always hard when you think something is resolved, and find that there is still so much work to do," she said. "I applaud women who have been through this for coming forward."

Still, Stewart-Cousins said she may call on Cuomo to resign if an investigation being led by New York Attorney General Letitia James validates the allegations.

"Sure, because 4 is the established standard for Democrats. That and it might give him time to continue to dodge that nursing home thingy," wrote one user.

"So 4 accusers of sexual assault is the threshold to be removed? Got it," wrote another.

"Why wait for another accuser? Aren't 3 enough?" wrote yet another.

Earlier this week, a third woman accused Cuomo of sexual harassment, and this time she provided photos.

Anna Ruch, a former Biden 2020 campaign worker, told The New York Times that the governor made unwanted sexual advances toward her after they met at a wedding in New York City in 2019. She also accused Cuomo, 63, of kissing her without her permission, even as she tried to pull away. Ruch said the encounter left her "confused and shocked and embarrassed."

Another accuser, Charlotte Bennett, a former Cuomo aide, alleges that the governor inquired about her sex life and asked her if she would be amenable to a relationship with an older man. And another former aide, Lindsey Boylan, said Cuomo "made inappropriate comments about her appearance, kissed her without her consent at the end of a meeting and once suggested they play strip poker while aboard his state-owned jet," the Associated Press reported.