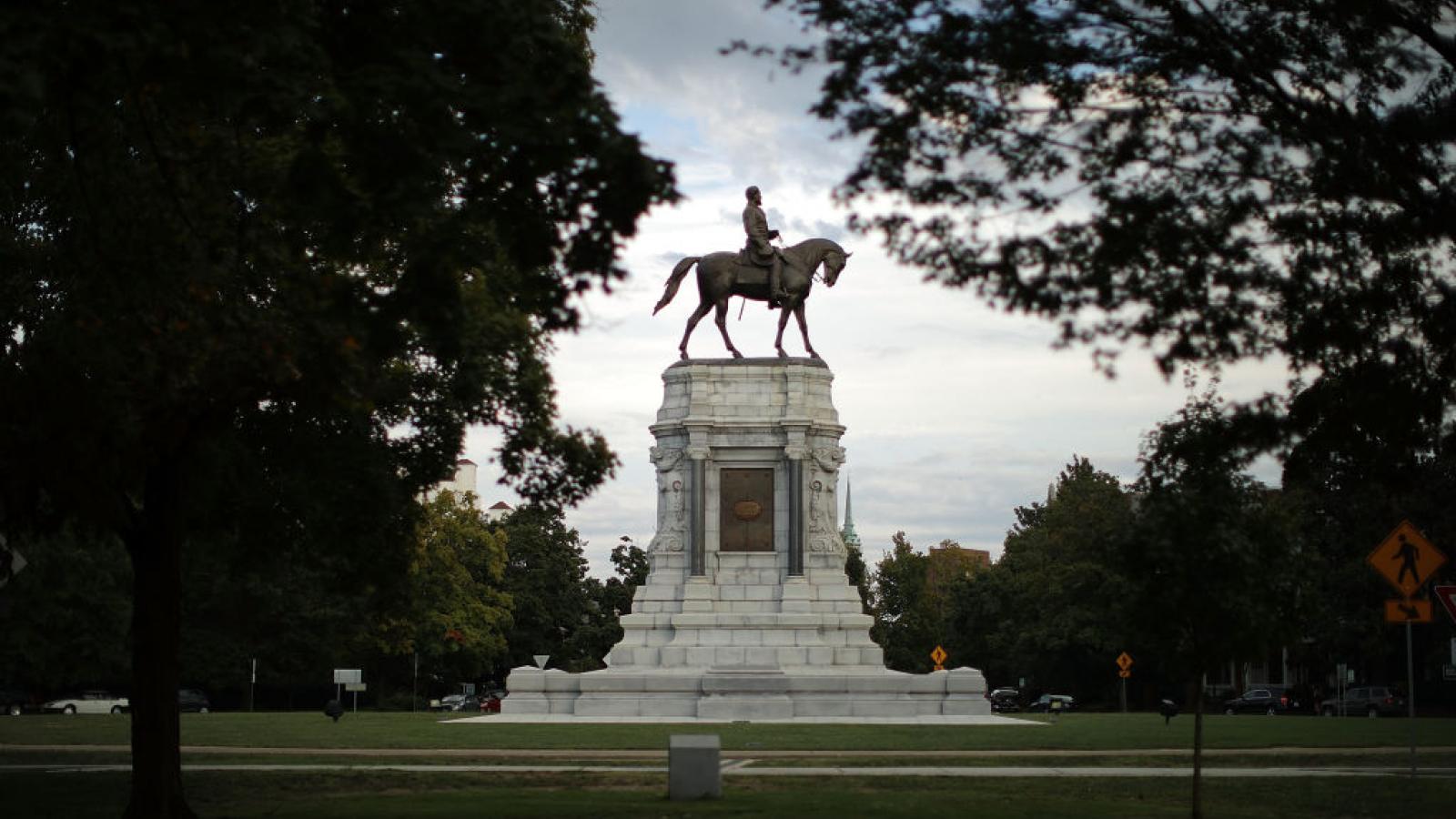 The statue of Gen. Robert E. Lee in Richmond, Virginia, will be taken down Wednesday, amid calls that escalated during last summer’s social justice protests that monuments and other memorials to the South’s Confederate leaders honor the country's racist history.

The towering Lee statue was erected over 130 years ago.

Numerous other Confederate symbols across the South have already been removed, but largely without public notice, to avoid problems.

Virginia Democratic Gov. Ralph Northam’s office is expecting a large crowd for the removal of Lee statue and plans to livestream the event on social media, according to the Associated Press.

"This is an important step in showing who we are and what we value as a commonwealth," Northam said Monday.

He announced plans to take down the statue in June 2020, 10 days after George Floyd was killed by a Minneapolis police officer while being arrested, sparking nationwide protests against police brutality and racism.

The plans were stalled for more than a year by two lawsuits filed by residents opposed to its removal, but rulings last week by the Supreme Court of Virginia cleared the way for the statue to be taken down, the wire service also reports.

The Lee statue was created by the internationally renowned French sculptor Marius-Jean-Antonin Mercie and is considered a "masterpiece," according to its nomination to the National Register of Historic Places, where it has been listed since 2007.