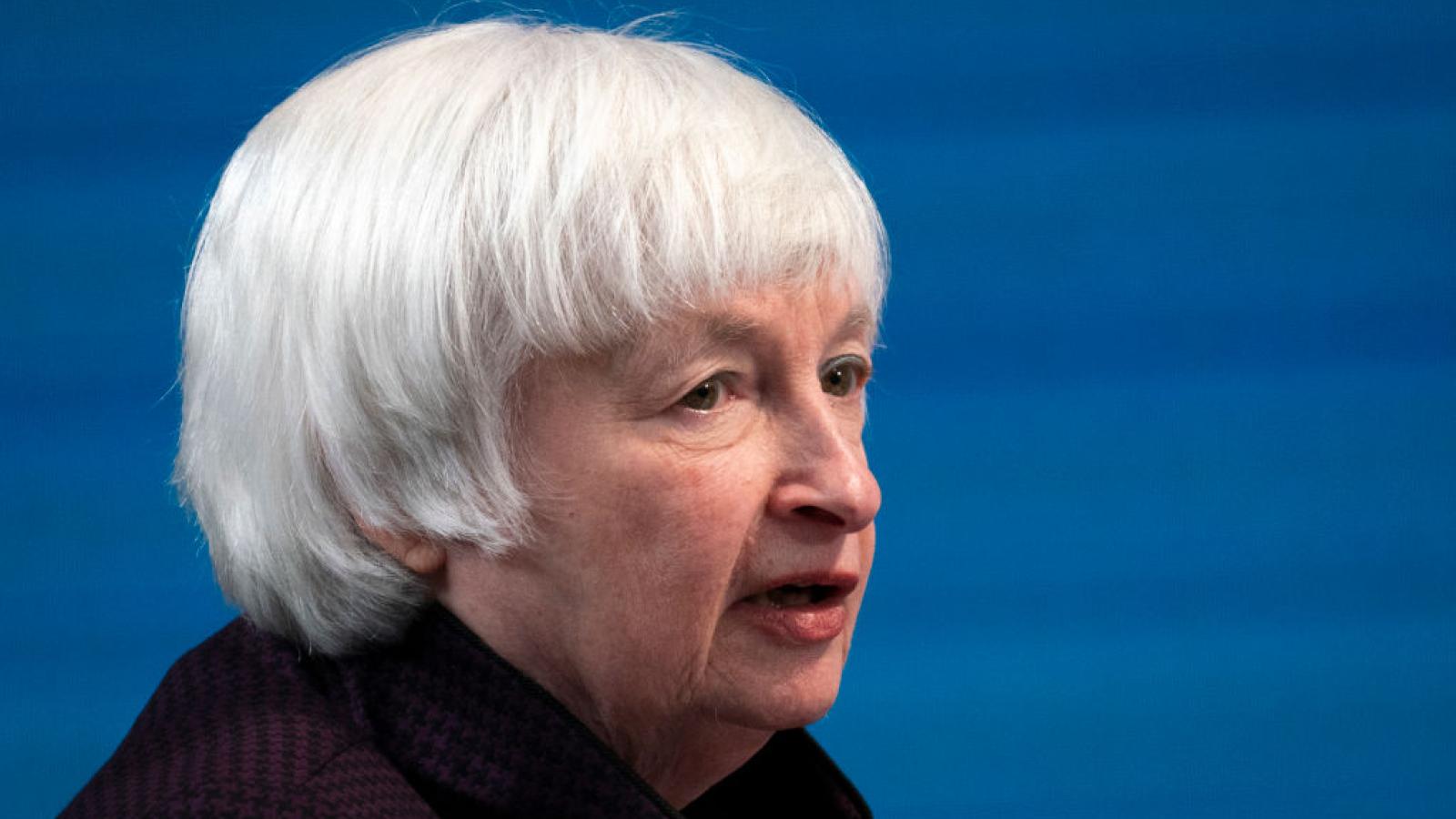 After a group of 21 state attorneys general sent a letter to Treasury Secretary Janet Yellen asking her to confirm that the recently passed federal coronavirus relief package does not infringe on states' rights to cut state taxes, the Treasury Department on Wednesday said that the legislation requires that any state that cuts taxes without replacing the resulting revenue loss must return to the federal government relief funding up to the amount of the revenue lost.

"The law does not say that states cannot cut taxes at all, and it does not say that if a state cut taxes, it must pay back all of the federal funding it received," Treasury spokesperson Alexandra LaManna said, according to the New York Times. "It simply instructed them not to use that money to offset net revenues lost if the state chooses to cut taxes. So if a state does cut taxes without replacing that revenue in some other way, then the state must pay back to the federal government pandemic relief funds up to the amount of the lost revenue," she noted.

"It is well established that Congress may establish reasonable conditions on how states should use federal funding that the states are provided," LaManna said. "Those sorts of reasonable funding conditions are used all the time — and they are constitutional." She noted that: "In the American Rescue Plan, Congress has provided funds to help states manage the economic consequences of Covid-19, and gave states flexibility to use that money for pandemic relief and infrastructure investments."

The comments came after more than a dozen state attorneys general sought clarification from Yellen on the issue in a letter.

"The import of the Act's prohibition against 'offsetting' reductions in state tax revenue is unclear, but potentially breathtaking," the letter said. "This provision might have been intended merely to prohibit States from expressly taking COVID-19 relief funds and rolling them directly into a tax cut of a similar amount. But its prohibition on 'indirectly' offsetting reductions in tax revenue, combined with the list of prohibited kinds of tax reductions (rate cuts, rebates, deductions, credits, or "otherwise"), could also be read to prohibit tax cuts or relief of any stripe, even if wholly unrelated to and independent of the availability of relief funds. After all, money is fungible, and States must balance their budgets. So, in a sense, any tax relief enacted by a state legislature after the State has received relief funds could be viewed as 'using' those funds as an 'offset' that allows the State to provide that tax relief."

"Congress exceeded its constitutional authority when it passed the Tax Mandate. The Court should enjoin the provision's enforcement, at least in its application to Ohio," the filing states.