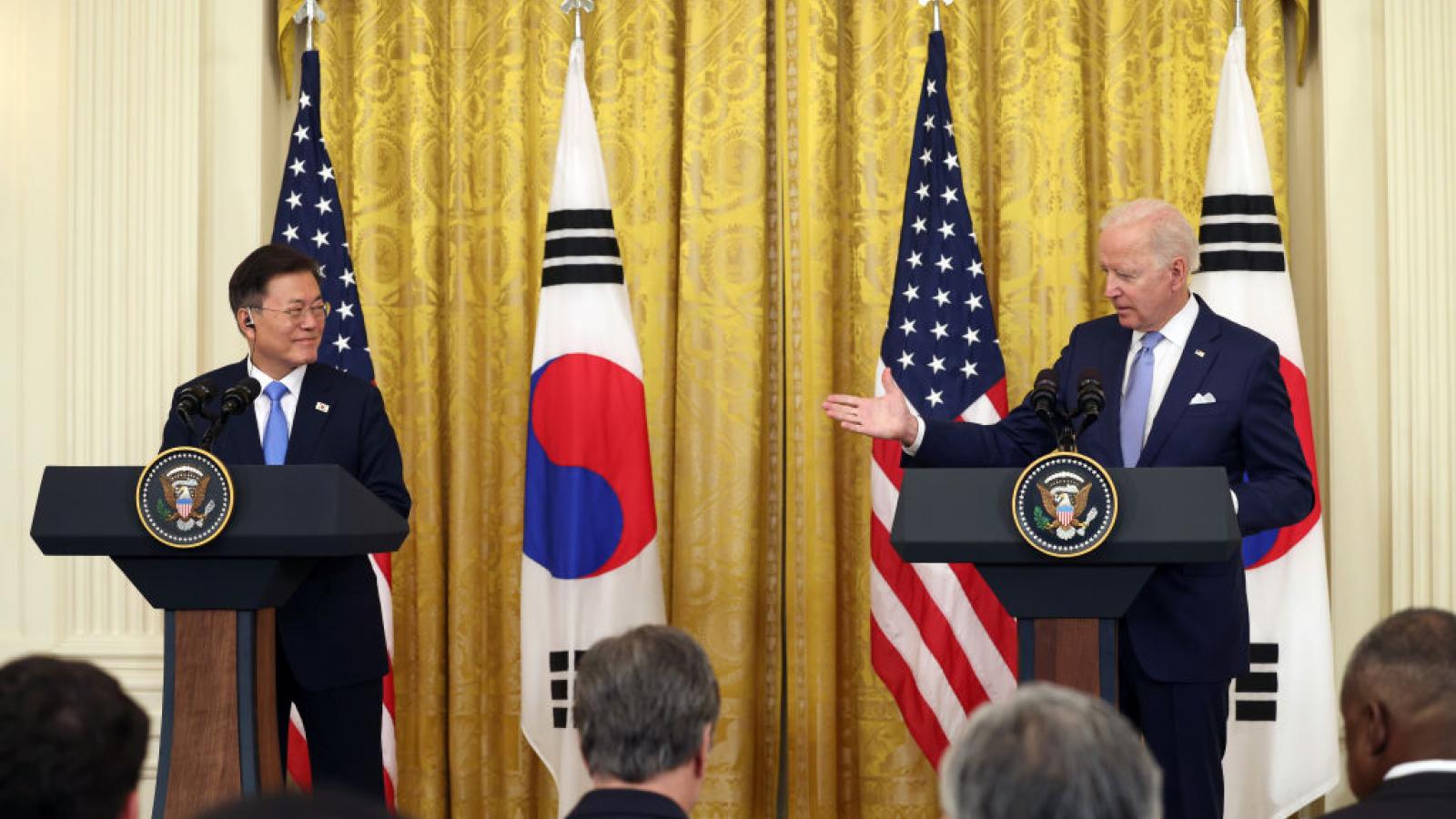 President Joe Biden said on Friday during a joint press conference with South Korean President Moon Jae-in that the U.S. will be providing vaccines for South Korean service members who are engaged with American forces.

"We'll provide full vaccinations for all 550,000 of those Korean forces engaging with American forces on a regular basis, both for their sake and the sake of the American forces." Biden also announced that he would be sending career diplomat Sung Kim, a former ambassador to South Korea, to serve as a special envoy to the region, according to the Associated Press.

Both men took thinly veiled shots at former President Trump. Moon welcomed "America's return" to the world stage. Biden made clear that unlike Trump, he was not prepared to engage with North Korean leader Kim Jong Un.

Biden and Moon spoke of working closely toward denuclearization of the Korean Peninsula.

When asked during the Q&A if there would be a shift in U.S. policy towards Israel following the ceasefire, Biden emphasized that there would not be.

“There is no shift in my commitment to the security of Israel. Period. No shift."

He added, "The shift is we still need a two-state solution. It is the only answer."

"My party still supports Israel," Biden said. "Until the region says unequivocally they acknowledge the right of Israel to exist as an independent Jewish state, there will be no peace."