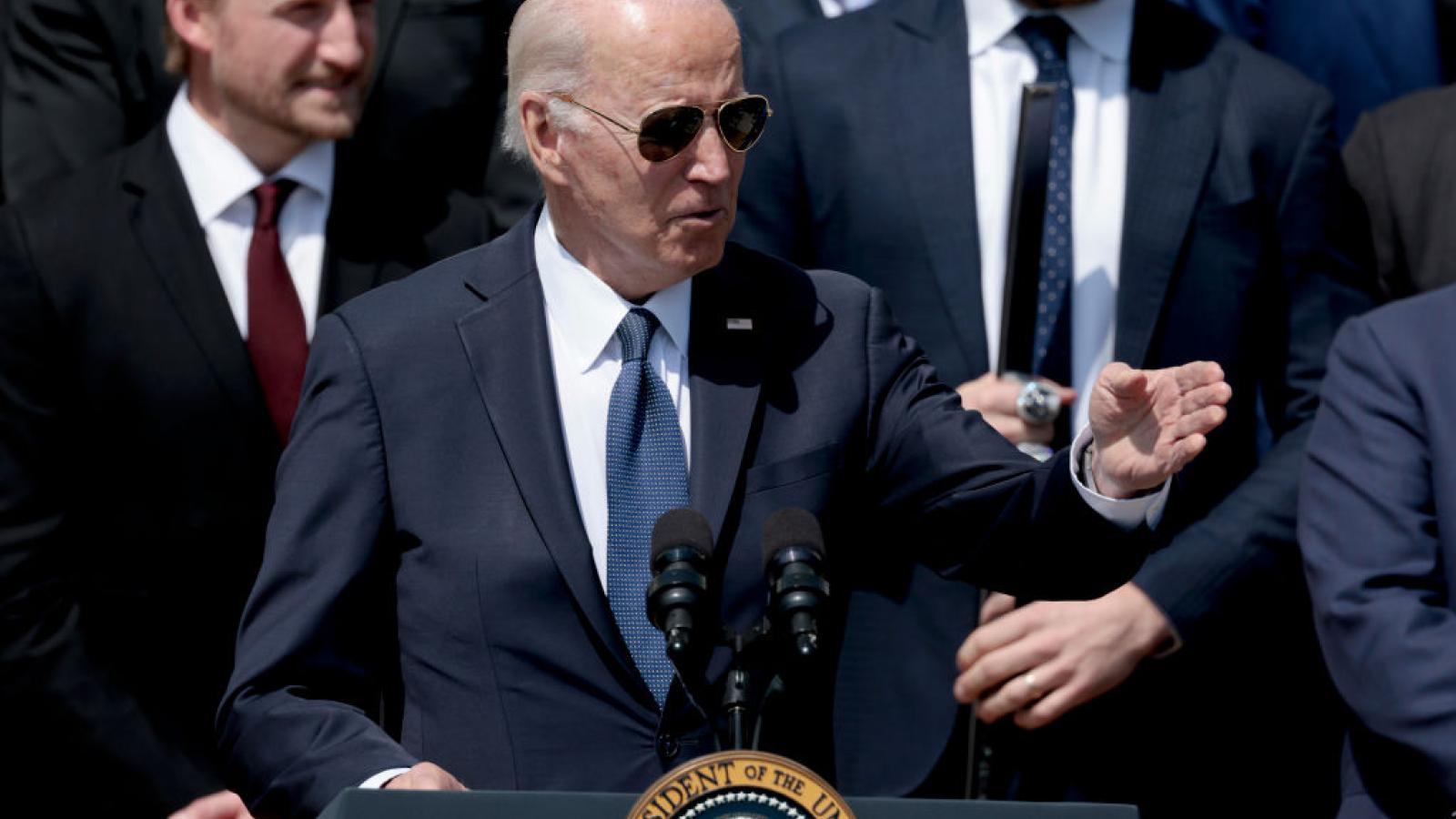 President Biden suggested Wednesday that lawmakers and other Americans who support former President Trump's political agenda pose a danger to the country, saying the "MAGA crowd" is "the most extreme political organization that’s existed in recent American history."

The Democrat president made the comment in a White House address that was supposed to focus on the U.S. economy but inevitable moved to the news story Monday about Justice Samuel Alito's leaked draft opinion that shows the Supreme Court’s conservative majority is set to decide on an abortion case that will overturn Roe v. Wade.

He also made the comment one day after liberals, pro-abortion activists and others protested the expected court decision in public squares across the county – including near Los Angeles City Hall, which resulted in a citywide alert and a city police officer being injured.

Biden reiterated a point he made Tuesday, which is that the 1973 Roe decision, which states women have a constitutional right to an abortion, is part of Americans' right to privacy.

Referencing the infamous confirmation battle of Ronald Reagan Supreme Court nominee Robert Bork, Biden said, "When I was questioning him as the [Senate Judiciary] chairman, I said, 'I believe I have the rights that I have not just because the government gave them to me, which you believe, but because I’m just a child of God – I exist.' "

The president then wondered aloud what or who conservatives are going to target next.

"Now, what happens if you have states changing the law, saying that that that children who are LGBT, who can't be in classrooms with other children, is that is that legit under the way that the decision is written?" he asked aloud.

"What are the next things that are going to be attacked? Because this MAGA crowd is really the most extreme political organization that's existed in American history – in recent American history."

Scott, chairman  of the National Republican Senatorial Committee, in February release what he called his "11 Point Plan to Rescue America."

"Senator Rick Scott of Florida … released what he calls the ultra-MAGA agenda, said Biden, using the acronym for Trump's "Make American Great Again" platform. "It’s a MAGA agenda all right. Let me tell you about this ultra-MAGA agenda. It's extreme, as most MAGA things are."

Scott told Fox News that "almost every sentence was a complete lie."