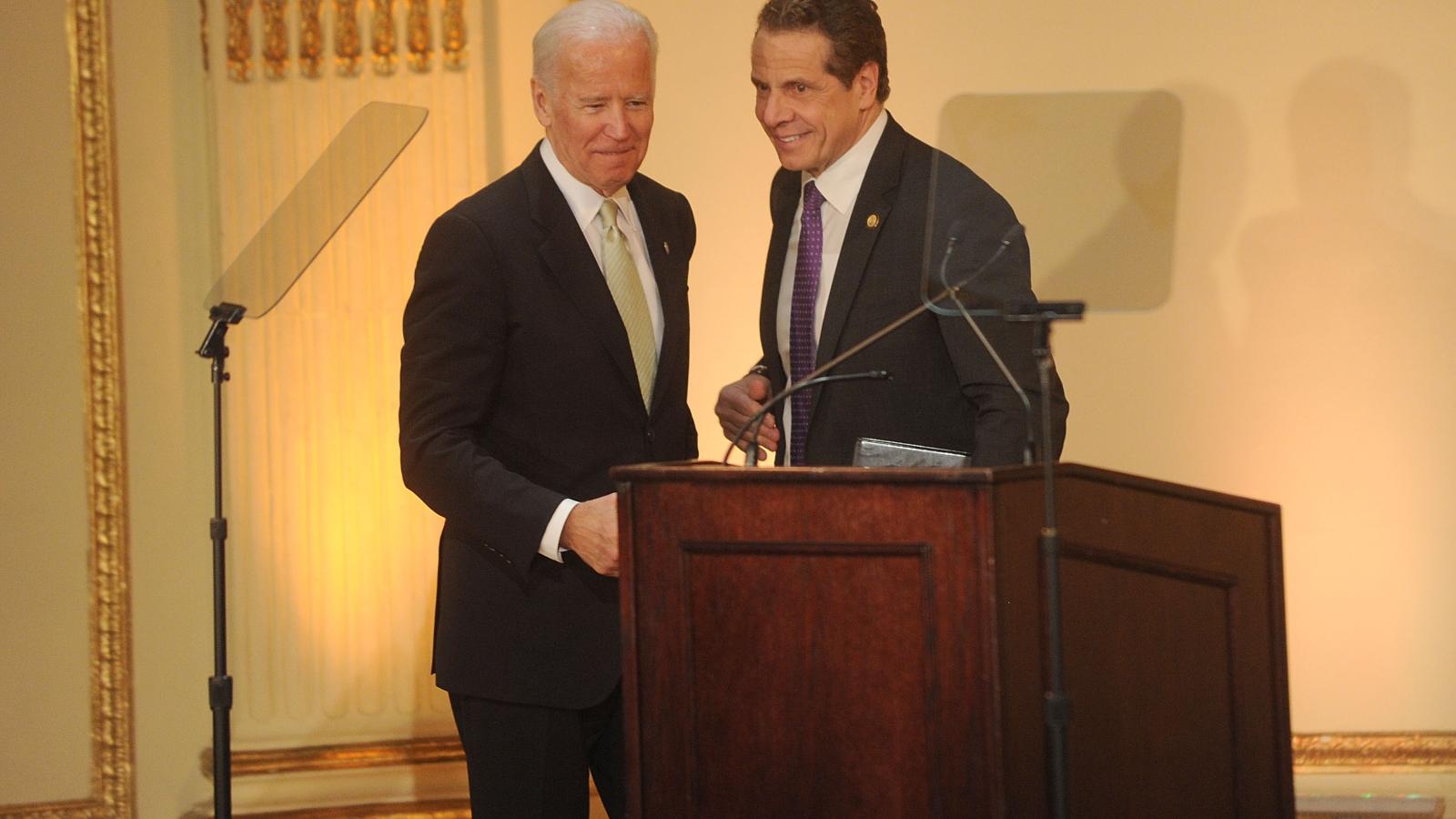 President Biden is suggesting that he'll wait for the findings of a probe on whether New York Gov. Andrew Cuomo acted inappropriately toward women before commenting on whether the fellow Democrat should resign.

Biden made the comment Sunday in brief exchange with reporters when returning to the White House after a weekend trip to home state Delaware.

"I think the investigation is underway, and we should see what it brings us," said Biden, according to the Associated Press.

Biden has decline to comment amid a grown number of prominent New York Democrats calling on Cuomo, who is seeking a third term, to resign. Among them Senate Majority Leader Chuck Schumer and  Rep. Alexandria Ocasio-Cortez, arguably the most influential member of the entire Democratic Party's progressive wing.

At least six women have so far come forward and accused Cuomo of sexual harassment.

Biden has also had his own interactions with misconduct allegations. In March 2020, a former Senate aide Tara Reade came forward accusing the then-Democratic presidential nominee of sexual misconduct, the wire service also reports.