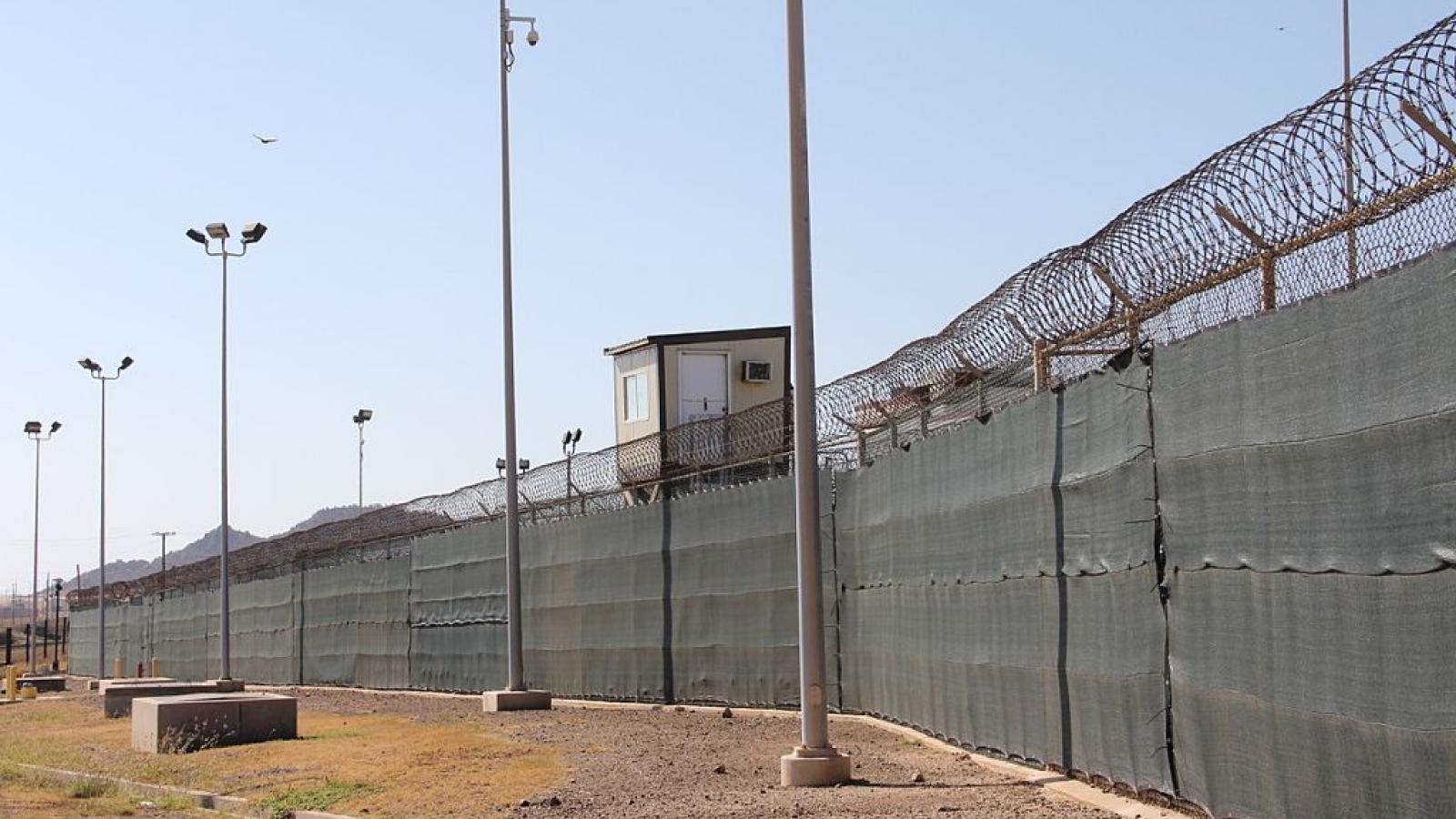 President Joe Biden expressed disappointment that the 2022 National Defense Authorization Act restricts him from using funds to transfer Guantánamo Bay detainees to other countries, including the United States, and argued it may pose a national security risk.

Biden wrote that "unfortunately" the act "continues to bar the use of funds to transfer Guantánamo Bay detainees to the custody or effective control of certain foreign countries."

It also "bars the use of funds to transfer Guantánamo Bay detainees into the United States unless certain conditions are met," he stated in a press release.

In 2016, then-President Barack Obama promised to close the Guantánamo Bay prison facility in Cuba. "We’re going to work with Congress to find a secure location in the United States to hold remaining detainees," Obama stated at the time.

Biden wrote that the "limitations… constrain the flexibility of the executive branch with respect to its engagement in delicate negotiations with foreign countries over the potential transfer of detainees and thus may in some cases make it difficult to effectuate the transfer of detainees in a manner that does not threaten national security."

"I urge the Congress to eliminate these restrictions as soon as possible," he added.

Roughly 780 men have been detained at Guantánamo Bay since 2002, and according to The New York Times, 39 remain imprisoned.