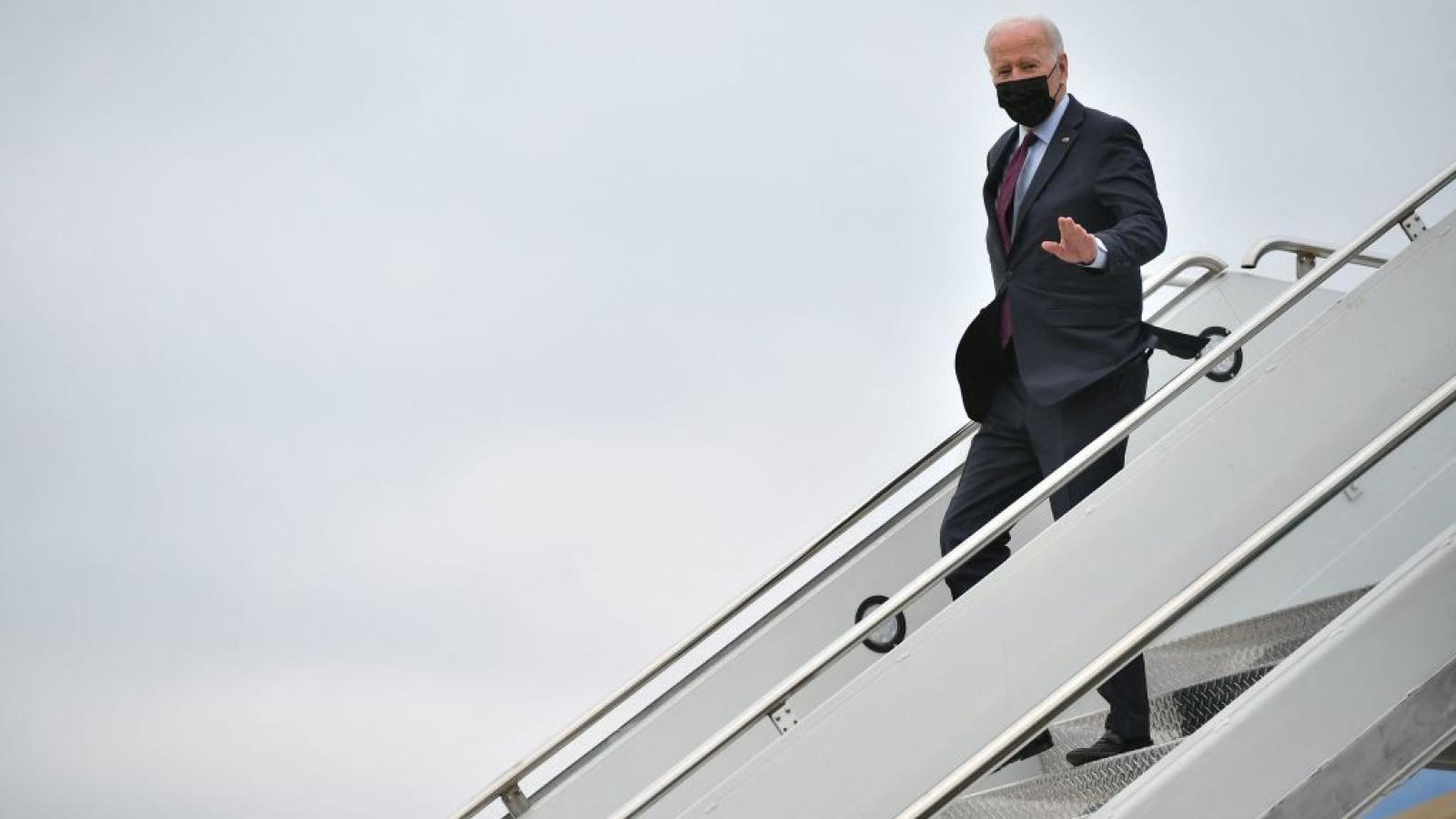 Biden in Detroit on November 17, 2021.
(Photo by MANDEL NGAN/AFP via Getty Images)
By Just the News staff

President Joe Biden and his family are spending Thanksgiving at a sprawling and exclusive Nantucket compound owned by billionaire David Rubenstein, who is overseas, according to reports.

The Bidens reportedly are paying to rent the $20 million, 13-acre estate on Nantucket Harbor, on the small island off of Cape Cod, Massachusetts.

The White House on Tuesday appeared to downplay a reporter's question about the contrast between Americans struggling to pay for their holiday meals while Biden camps out at a billionaire's compound.

"There are an abundance of turkeys available," White House press secretary Jen Psaki said. "They’re about one dollar more for a 20-pound bird, which is a huge bird if you’re feeding a very big family."

Like other Americans, Biden is spending the holiday with family, Psaki said, noting that the president will work while at the compound.

"You are president no matter where you are," Psaki said. "He will conduct his work from wherever he is, on any vacation, on any time he is in Delaware, at Camp David, or wherever he may be spending time with his loved ones.

"He has secure phone capabilities. He has staff traveling with him. And I think the American people can be assured that he will continue to press to lower their costs and ensure they have more breathing room."

While at the compound on Thursday, Biden called in to the annual Macy's Thanksgiving Day parade, to give a holiday message to America.

"My message is after two years, you’re back, America’s back,” Biden told Al Roker of NBC’s "Today” show, one of the parade hosts.