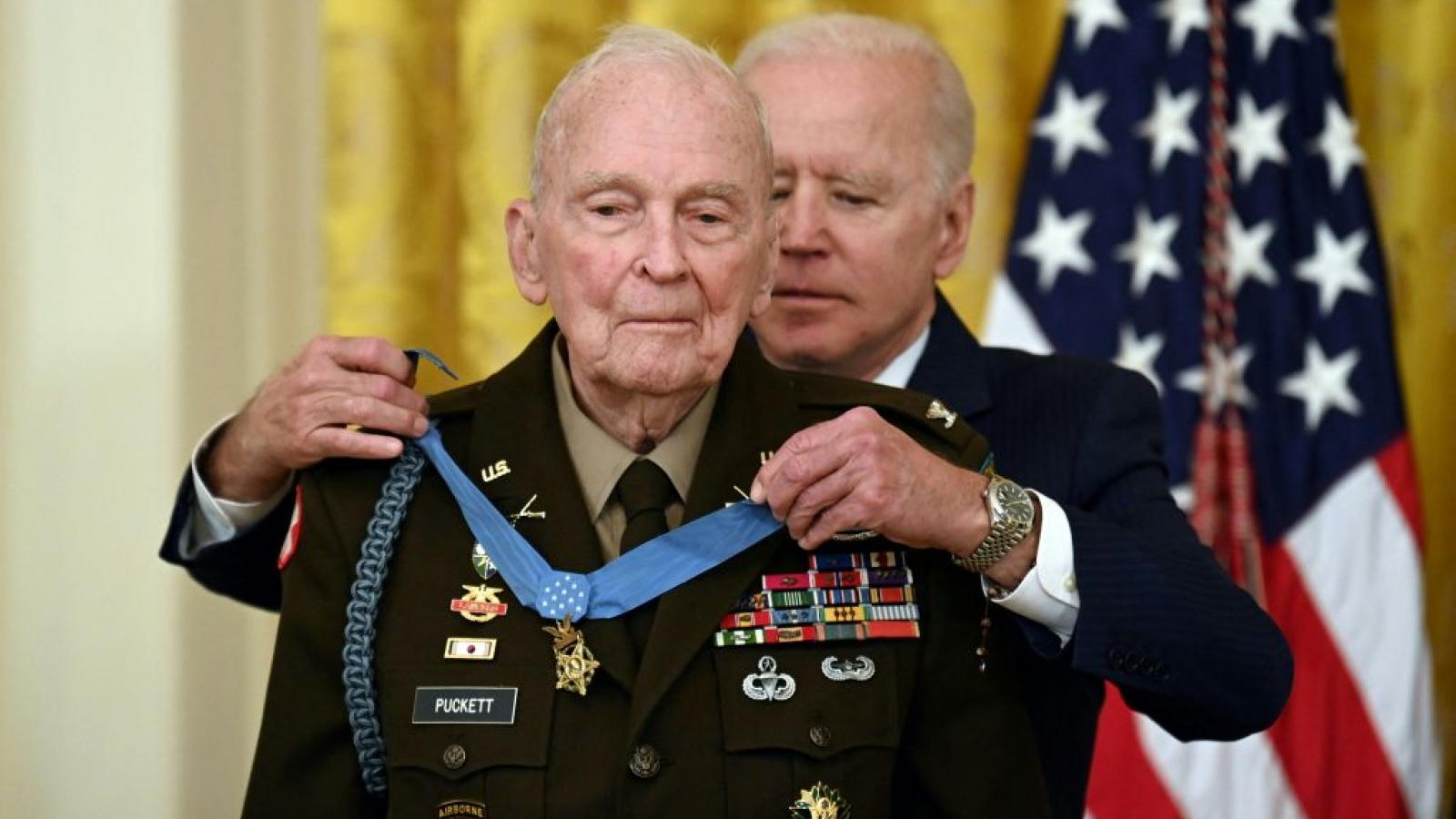 President Joe Biden awarded a Medal of Honor on Friday to a 94-year-old Korean War vet. It was Biden’s first such award he has presented as president, and it coincided with his first in-person meeting with South Korean President Moon Jae-in.

The Medal of Honor, which is the U.S. military’s highest honor, went to Ralph Puckett Jr., a retired Army colonel “who led the capture and defense of Hill 205 under heavy attack from the Chinese in November 1950 during the Korean War,” according to The Hill.

“Today we are hosting a true American hero and awarding an honor that is long overdue, more than 70 years overdue,” said Biden. The president also pointed out that Puckett later earned honors for his service in Vietnam and was inducted into the Ranger Hall of Fame.

With the attendance of President Moon, it was apparently the first Medal of Honor ceremony to be attended by a foreign leader, according to the outlet.

“While the enduring partnership between our two nations began in war, it has flourished through peace. It’s testament, I think, of the extraordinary strength of our alliance,” Biden said.