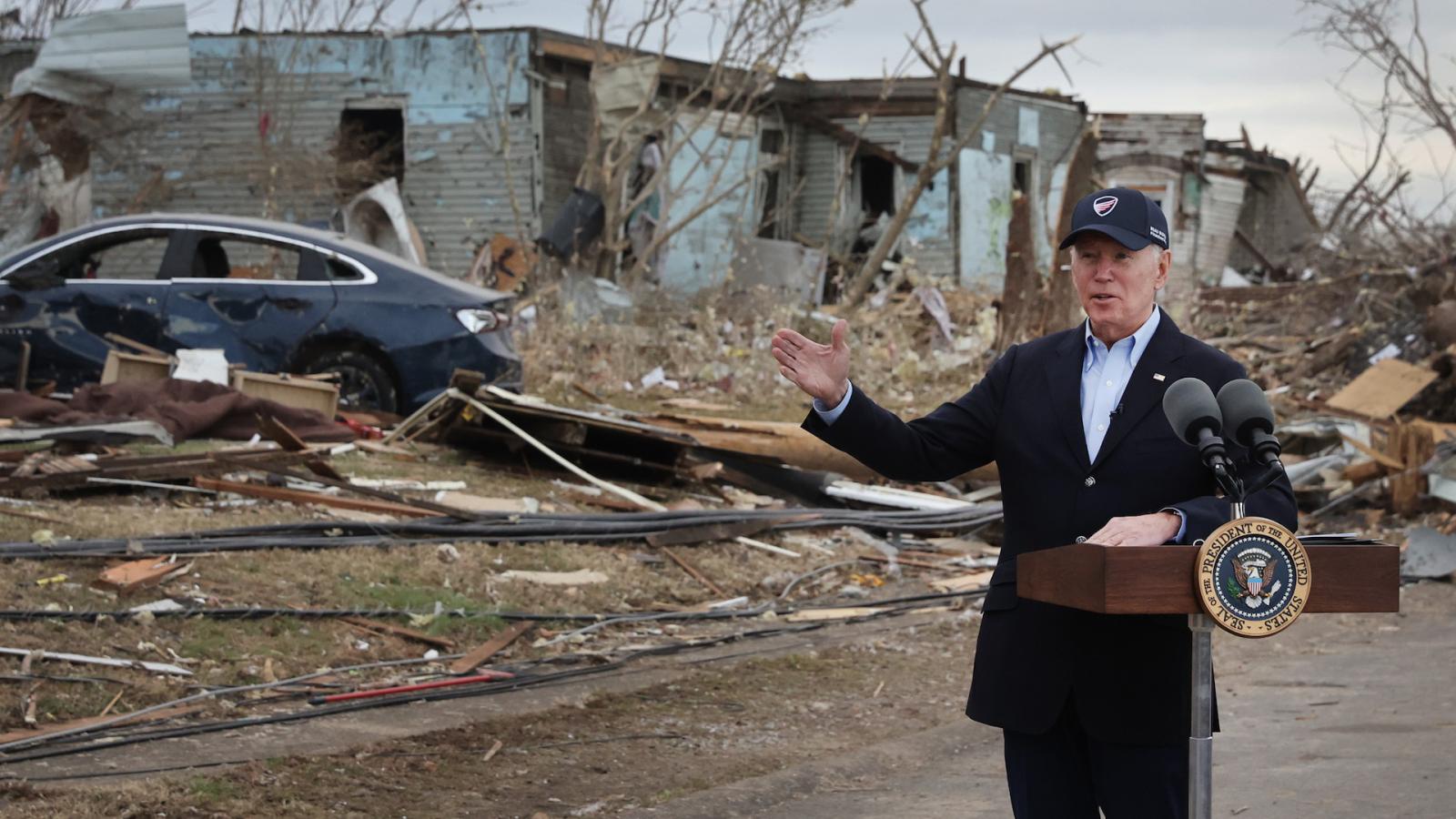 President Joe Biden surveyed the damage from a deadly weekend tornado in Mayfield, Ky., on Wednesday and said, "We've got $99 billion worth of damage just this year — just the year — because of foul weather and climate change."

Biden's behemoth bill, however, is at odds with the coal industry; Kentucky is home to one-fifth of all U.S. coal mines.

A cornerstone of Build Back Better is to "shift to clean energy." Biden plans on shifting coal-fired power plants to "service new and growing industries." The plan also encourages miners to shift to being "ready to support the next-generation projects," such as solar power.

The median household income of Mayfield is less than $32,300 a year.

Some Kentuckians expressed their displeasure with Biden, who was heckled with "Let's go, Brandon!" jeers and a Trump flag.

One person turned his back on Biden's motorcade and chanted, "Let's go, Brandon!" as the president went by.

Another person posted a video to TikTok, saying, "F*** this son of a b**** there he is and all his little Gestapo…. Let's go, Brandon."

Penn State climatologist Michael Mann, meanwhile used the tornado to voice support for Build Back Better during an interview with MSNBC.

"Well, you know, you need to pass Build Back Better because that bill has climate provisions that will address this problem at its, you know, at its core, which is the warming of the planet due to carbon pollution, fossil fuel burning," said Mann. "So that's most important. We can prevent this from getting worse if we act on climate now."

The Scientific American on Wednesday reported that insured losses from weather disasters globally are projected to reach $101 billion this year. This is the third time since 1970 that extreme weather has caused more than $100 billion in insured losses.

The Scientific American, however, did not attribute these weather disaster losses to climate change, nor did the outlet estimate how much climate change is costing the public.

Neither the White House nor the Environmental Protection Agency immediately responded to requests for comment.