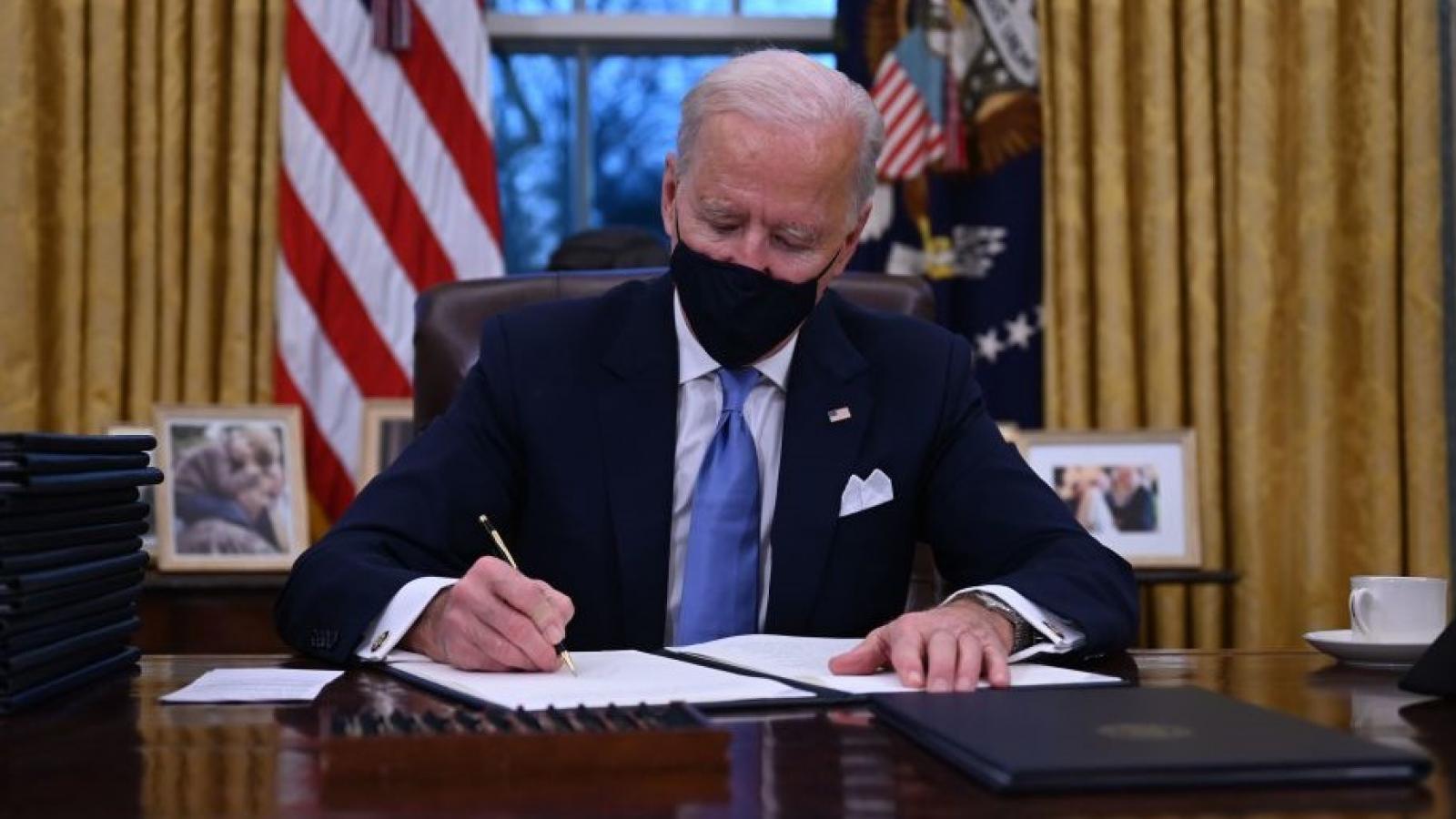 President Biden signed an executive order on Friday to begin a declassification review of the FBI's investigations into the Sept. 11 terrorist attacks, ahead of the 20th anniversary.

"When I ran for president, I made a commitment to ensuring transparency regarding the declassification of documents on the September 11, 2001 terrorist attacks on America," Biden said in a statement.

In the executive order, Biden directed the Department of Justice to begin a declassification review with other relevant agencies regarding the FBI's investigations into the 9/11 attacks. He also ordered Attorney General Merrick Garland to release the declassified documents to the public over the next six months.

Family members of 9/11 victims on Thursday sent a letter to the Justice Department's inspector general regarding missing FBI evidence allegedly linking Saudi officials to the attacks. Saudi Arabia has said it was not involved in the attacks.

"We, the undersigned 9/11 Families, present this Complaint to request that the Inspector General investigate the FBI's statements made in response to our subpoena in the 9/11 litigation that the FBI 'lost' or is simply no longer able to find key evidence about the individuals who provided substantial support inside the U.S. to the 9/11 hijackers," read the letter obtained by the Boston Herald.

"The FBI lost, hid, or destroyed a key videotape showing a Saudi agent, Omar al Bayoumi, hosting a party in San Diego for two 9/11 hijackers Nawaf al Hazmi and Khalid al Mihdhar shortly after their arrival in the U.S. Hazmi and Mihdhar were known al Qaeda operatives and the first of the 9/11 hijackers to arrive in the U.S. The FBI's claims that it cannot locate this key piece of evidence must be investigated."