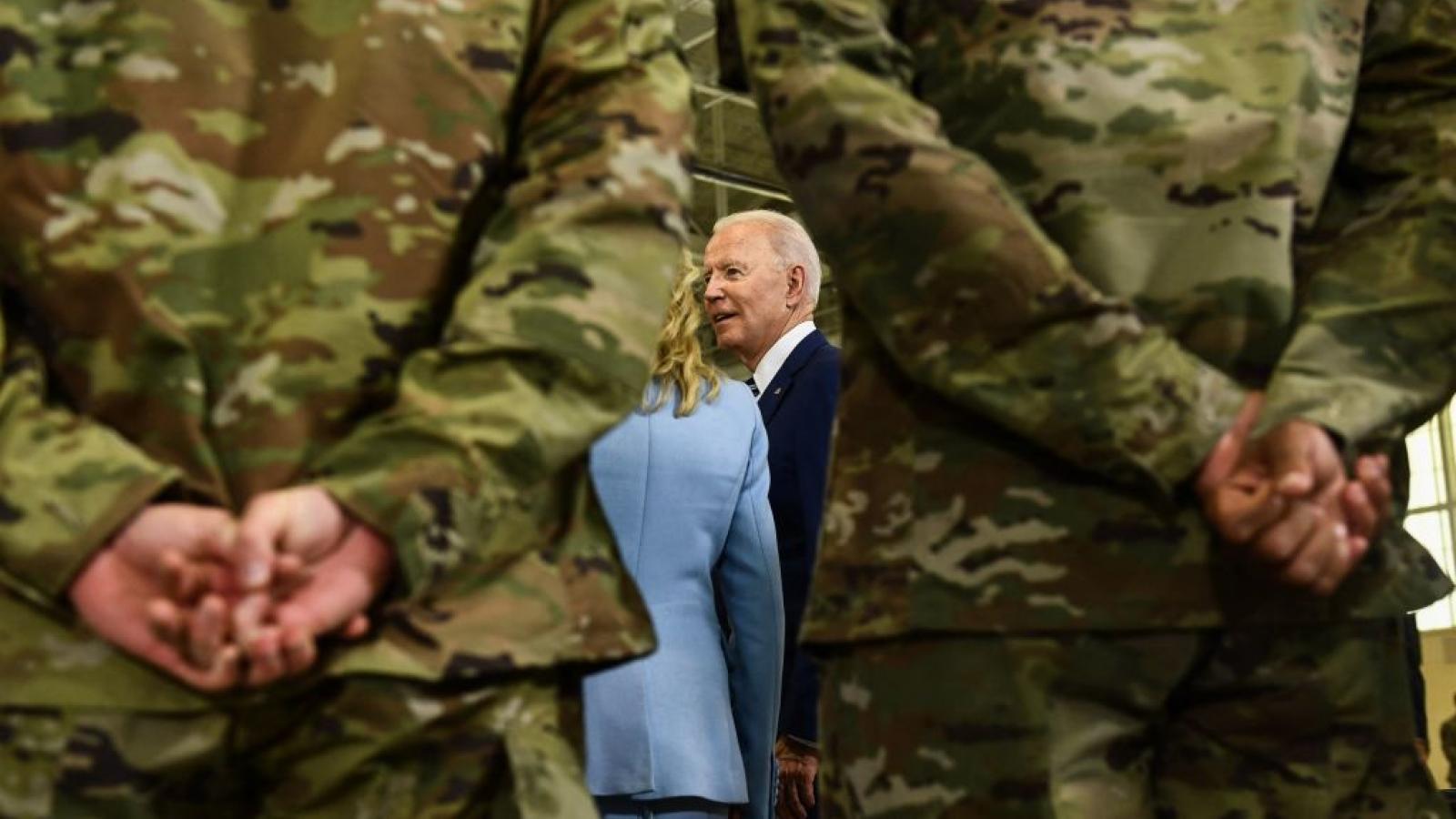 Biden with troops in Eustis, Va., May 28
(BRENDAN SMIALOWSKI/Getty)
By Daniel Payne

President Joe Biden on Friday praised U.S. military forces as "the backbone of the country" ahead of the Memorial Day weekend and as the U.S. moves to withdraw all troops from Afghanistan after two decades of combat there.

Biden made the laudatory remarks at Joint Base Langley-Eustis in Hampton, Va., on Friday afternoon, offering commendations for the lengthy tours that many troops have served in the Middle Eastern country.

“You all just showed up and did your job,” he added. “You never gave up until we delivered justice to Osama bin Laden.”

The federal government has set a Sept. 11 deadline for the withdrawal of U.S. forces from Afghanistan, twenty years to the day from the terrorist attacks that originally launched the lengthy engagement there.