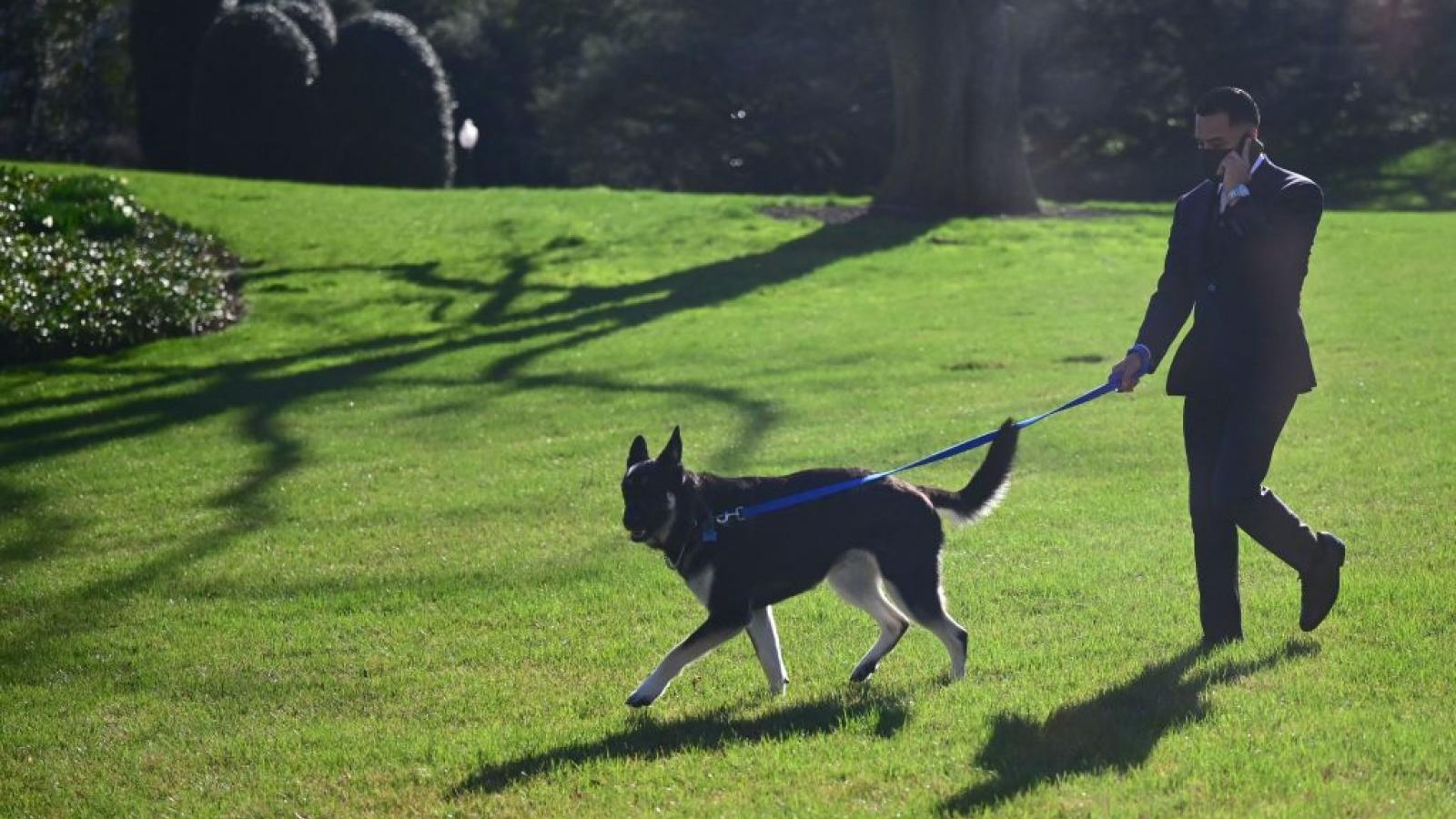 The 400-pages of records show agents were upset with White House press secretary Jen Psaki's response to the attacks.

Major the German shepherd caused hundreds of dollars in damages and one agent even called the "dog bite issue" a "plague," according to the records.

In October 2021, Judicial Watch requested all records related to Biden's dogs that have lived at the White House as well as the medical records for said dogs.

During a March 9, 2021, press conference, Psaki said "Major was surprised by an unfamiliar person and reacted in a way that resulted in a minor injury to the individual."

A Presidential Protective Division (PPD) agent expressed frustration about Psaki later that day in an email responding to a fellow agent who asked about the incident.

"Yes I got bit by Major," the agent replied, "NO I didn't surprise the dog doing my job by being at [redacted] as the press secretary just said! Now I'm pissed. Thanks for checking in."

A Feb. 28, 2021, incident report obtained by Judicial Watch shows that a special agent "observed Major running" at another agent, who was "yelling at the dog" to stop before turning "around to avoid a direct attack."

Major did not fully bite the agent but did leave a bruise, according to the report.

A PDD official wrote in a March 5, 2021, email that a White House pass holder was bitten by a dog and treated by a doctor.

On March 8, 2021, then-Special Agent-in-Charge David Cho wrote, "For your awareness, Major bit one of the agents this morning. The agent is ok, but does have bruising and a puncture."

Another series of emails shows a debate over reimbursing an agent for "1 (One) Ralph Lauren Men's wool overcoat (damaged by 'Major the dog')."

Secret Service originally offered $140 to reimburse the coat worth $550.

By July, the agent decided to drop the claim and said the Biden family should be held responsible instead.

"After some deep thought and reflection, I don't believe the USSS should be responsible for the damage to my coat as the cause was not under their control. To be compensated in this manner would essentially have the cost borne by the tax payer and this would be unjust," the agent wrote.

"[T]his incident should be treated as a "tort claim". I believe this is accurate and as such, the responsibility for compensation should lie with the party responsible for the wrong doing (i.e. tort), and that of course would be the dog owner/s," the official added.

Judicial Watch President Tom Fitton said the documents "show Major was a dangerous dog and the Biden White House lied about it, placing Secret Service and other White House personnel at needless risk."

"And it seems the Secret Service management seemed more concerned about managing press relations than taking care of its agents. In fact, the agency is still withholding information about this mess!" he added.

Major was given to a family friend of the Bidens in December 2021.