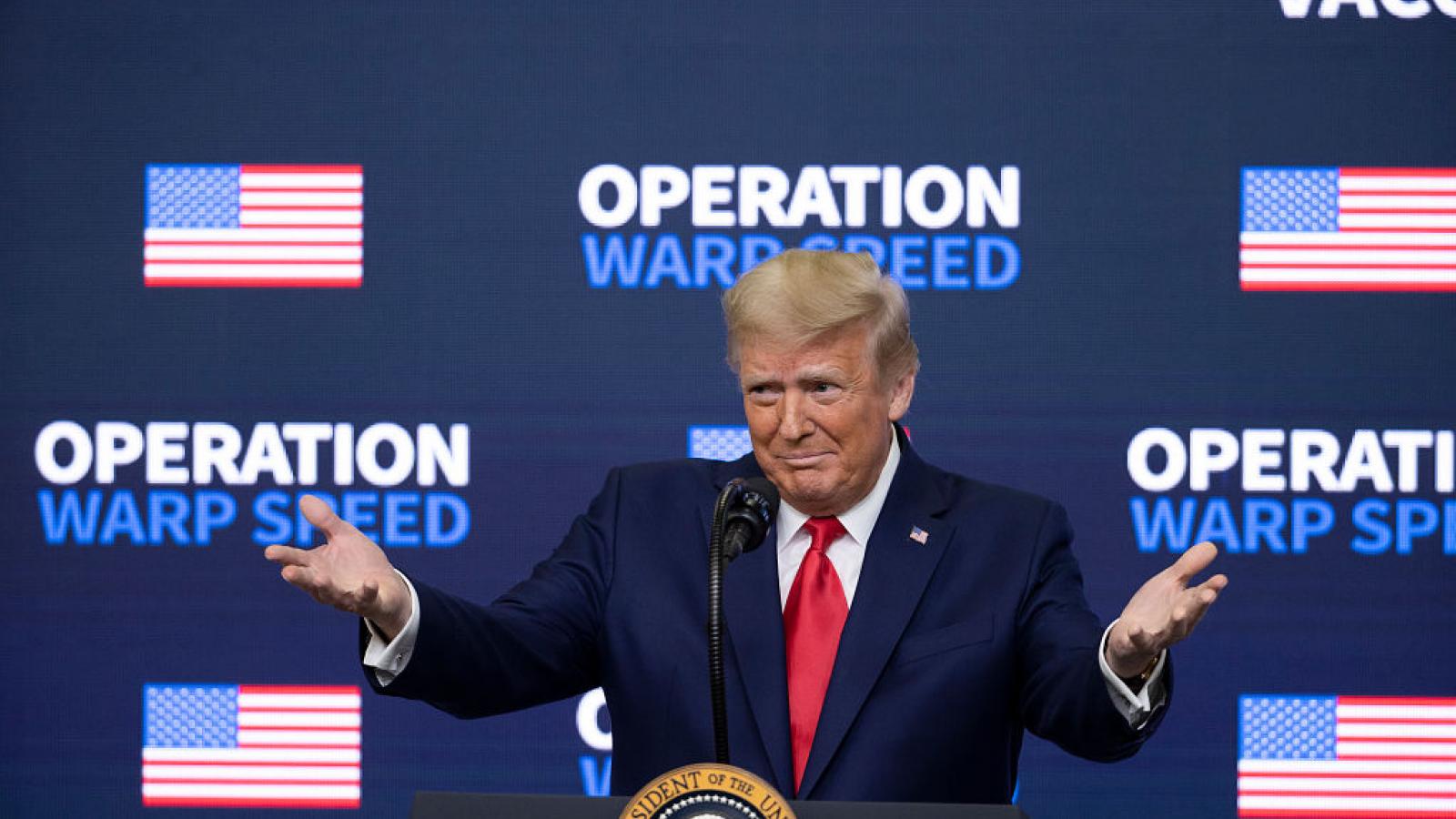 President Trump on Monday declared the country's "single biggest embarrassment" is President Biden's handling of the U.S. withdrawal from Afghanistan, surpassing Biden's efforts to control the illegal immigrant surge in the U.S.-Mexico border.

Trump spoke as videos and images of tens-of-thousand of illegal migrants squat in squalid conditions underneath a bridge in the Texas border city of Del Rio.

The situation has only worsened in roughly the past 24 hours – as federal agents attempt to return the migrants to Haiti and other countries, while they attempt to scramble back across the Rio Grande River into Mexico to avoid deportation.

Trump told RAV anchor Steve Gruber that Biden's mishandling of the U.S. troop withdrawal before Aug. 31 was the biggest embarrassment "this country has ever suffered."

"The way we fled," he said. "It was just a total retreat. We could have taken six months, a year, three years."

Trump also returned to a major point of frustration – that the U.S. military abandoned millions-of-dollars worth of sophisticated weaponry, vehicles and other equipment before its hasty withdrawal.

"Every nut, every bolt, every nail… every plane and every tank," Trump said about the left-behind property. "Then we would have bombed everything."

He argued in the wide-ranging interview – which also touched on the Biden administration’s handling of the COVID crisis – that the U.S. effectively abandoning its Bagram air base in Afghanistan had geo-political implications far beyond that country.

"We were going to keep it because of China, not because of Afghanistan," he said. "President Xi, like him or not, he’s at the top of his game. And when he watches this and he meets with these people he probably can’t believe what he sees."