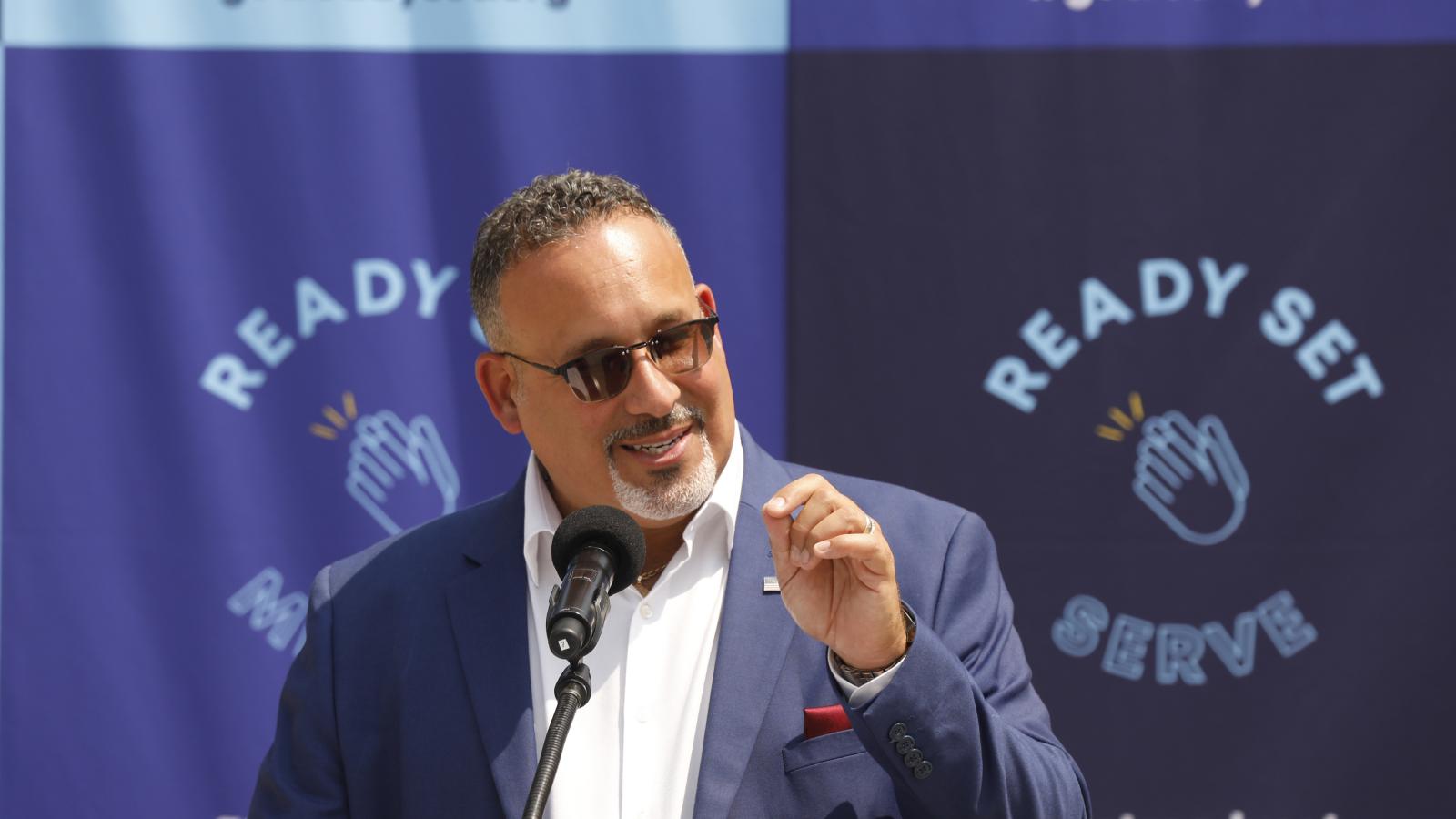 While NSBA rescinded and apologized for its letter less than a month later, the fallout was severe. Nearly half its state members have left the organization or declined to renew, including Idaho and Arizona last month, according to a tracker maintained by the advocacy group Parents Defending Education.

And Secretary Kristi Swett told a board member Oct. 6 that Slaven had told the officers "he was writing a letter to provide information to the White House" upon request from Education Secretary Miguel Cardona, whose name is misspelled in Swett's email.

Led by Indiana Attorney General Todd Rokita, the 14 AGs claim they have received no response from the White House or Executive Office of the President more than four months after their Oct. 26 FOIA request demanding federal communications to or from NSBA. The White House did not answer Just the News's query seeking the status of its response to the FOIA request.

Two DOJ components, the Office of Information Policy and Civil Rights Division (CRD), acknowledged the request Dec. 17 and Jan. 5 and each assigned it a different tracking number, but have not further responded, the lawsuit claims.

Each cited "unusual circumstances" as justification for exceeding the statutory window for responding, and suggested narrowing the scope of the request. CRD implied that the states wouldn't receive a response for more than a month.

DOJ spokesperson Danielle Blevins told Just the News it couldn't provide the status of its response to the FOIA request because it's involved in litigation.

The Department of Education, by contrast, asked the states for "clarification and scope" of the request, they obliged, and the department confirmed the details Jan. 7. A department spokesperson didn't answer a request for the status of its response.

"As we’ve made clear repeatedly, the Secretary [Miguel Cardona] did not solicit a letter from NSBA," the spokesperson wrote in an email.

"Some politicians continue to peddle falsehoods and are more focused on manufacturing crises than addressing the real challenges students, families, and schools are facing - like helping students recover from the pandemic and get the mental health supports they need," the email continued. "That’s what the President is focused on—as he outlined in his State of the Union address—and we would encourage the Attorneys General to focus on that as well."

The mutually agreed-to DOE search parameters are the final document in 85 pages of exhibits attached to the lawsuit, documenting the states' communications with the feds and internal NSBA communications. Those include a board member's request to reschedule a meeting on the kerfuffle because she had "Hamilton" tickets.

Rokita blasted the feds in a press release for their "schemes to prevent parents from speaking out against leftist indoctrination in public schools" and for Garland's refusal to rescind his memo on the basis that he never targeted the First Amendment rights of parents.

The states are missing key parts of the puzzle. Their FOIA request seeks federal communications relating to "the proceedings leading to the [Sept. 29] letter" from NSBA to President Biden, including the White House and its councils, Garland, Cardona and their subordinates, including "front office staff."

They also seek all federal materials relating to the "talks over the last several weeks" mentioned by Slaven, including "discussion copies" exchanged with NSBA.

Under FOIA, the defendants have 20 days excluding weekends and federal holidays to provide a determination in response to a request, and may request a 10-day extension, meaning Nov. 27 was their deadline.

They haven't shown the records are "lawfully exempt," notified the states of "the scope of any responsive records" they intend to produce or withhold and why, or informed the states "they may appeal any adequately specific, adverse determination."