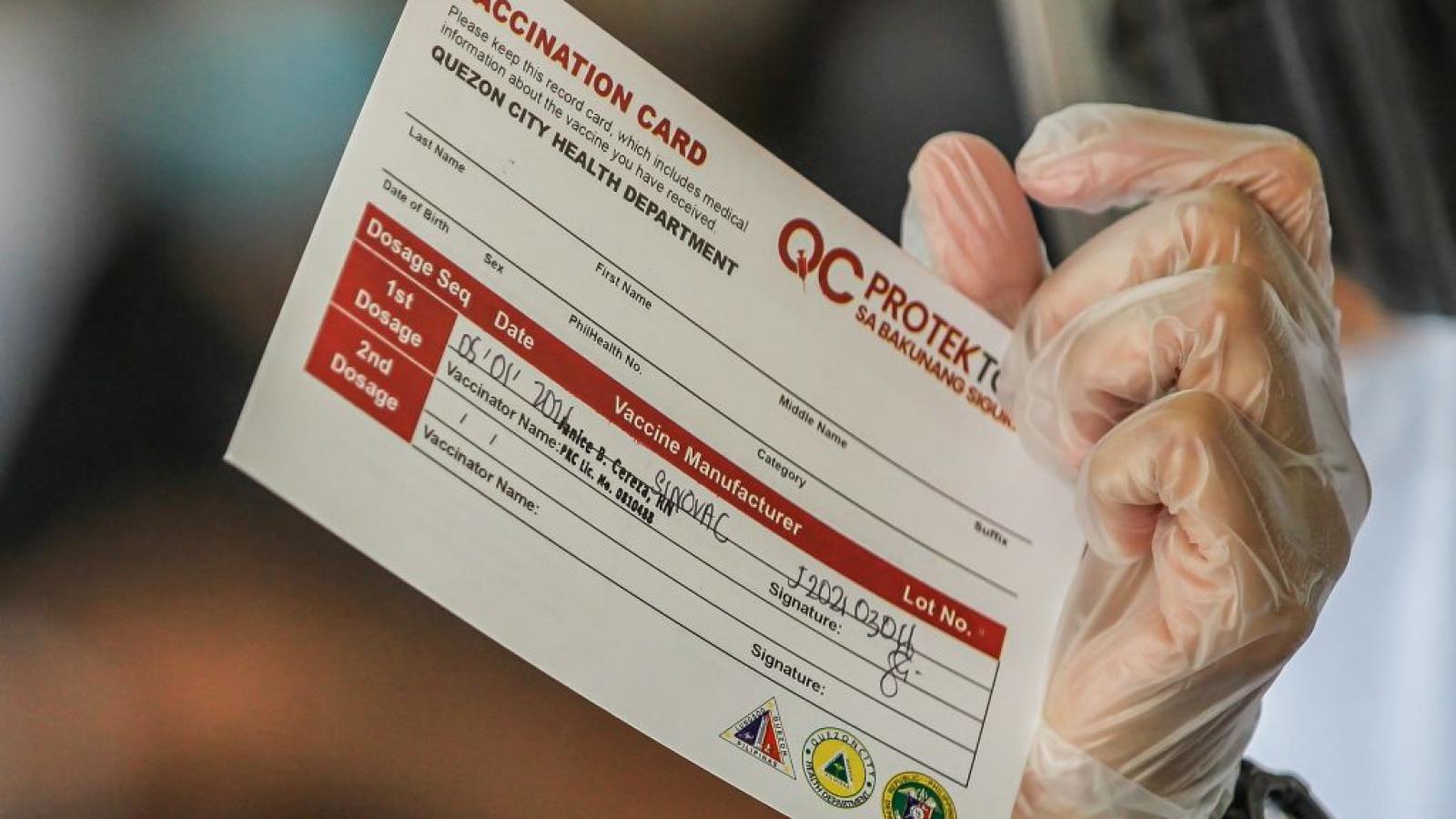 Vaccine card Manila, the Philippines on May 1, 2021.
(Xinhua/Rouelle Umali via Getty Images)
By Just the News staff

Washington State University has fired its head football coach after he refused to get vaccinated against COVID-19.

The school announced its decision Monday on Coach Nick Rolovich, who as a state employee, along with health care workers and other public employees in Washington, is being required to get vaccinated, according to NBC News.

Rolovich's annual salary is a reported $3.1 million, making him the highest-paid public employee in Washington.

University Director of Athletics Pat Chun called the matter "disheartening," but said, Our priority has been and will continue to be the health and well-being of the young men on our team."

Four assistant coaches were also fired for noncompliance with the mandate.

Rolovich, who was in his second season at Washington State and had led the team to 4-3 record this year, had applied for an exemption but was denied, Chun also said.

Rolovich couldn’t immediately be reached for comment after his dismissal but said earlier this year that he was skipping vaccination for "reasons which will remain private," also according to NBC.