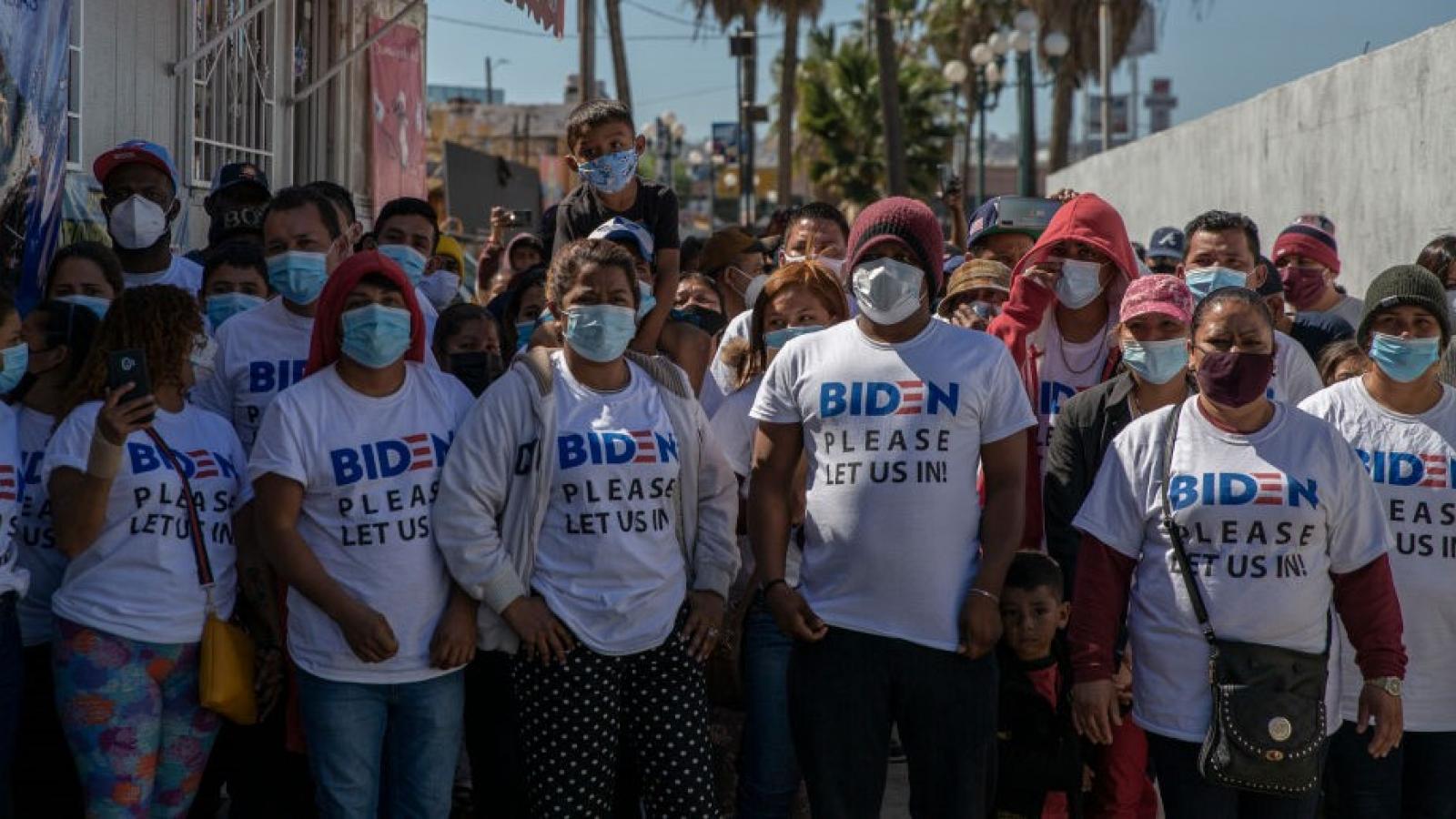 President Biden is now telling foreigners trying to get into the U.S. not to come to the southern border, but he had a different message back in 2019 when he running for president.

In a debate moderated by Univision's Jorge Ramos, Biden said, "You should come."

"They deserve to be heard. That's who we are," Biden also said of those applying for asylum. "We're a nation that says, 'You want to flee, and you're fleeing oppression, you should come.' "

Biden and his administration officials have repeatedly declared there is not crisis at the southwestern border, and last week the president, in attempt to slow the record surge of migrants said they should not come to the U.S. border.

"I can say quite clearly don't come over," Biden said in a TV interview with ABC News. "So don't leave your town or city or community. We're gonna make sure we have facilities in those cities and towns run by (the Department of Homeland Security) and also access with HHS, the (Department of) Health and Human Services, to say you can apply for asylum from where you are right now."

The White House on Monday defended Biden's 2019 comments, implying they were taken out of context.

"Sometimes there is language that is used by some that is not including the full context of his comments," White House press secretary Jen Psaki said when asked about Biden's comments. "I will say that he still believes that he wants our country to be a place that there is asylum processing at the border. Where people are considered and go through a proper process who are fleeing prosecution, who should be considered for immigration status."

In his ABC interview, news anchor George Stephanopolous told Biden that foreigners are saying they are coming to the U.S. because he was elected president.

But Fox News has posted photos from the border showing a Biden campaign flag flying over a migrant camp and people wearing shirts that say "Biden let us in."

One migrant interviewed by ABC News said he "definitely" would not have come to the border had Donald Trump still been president.