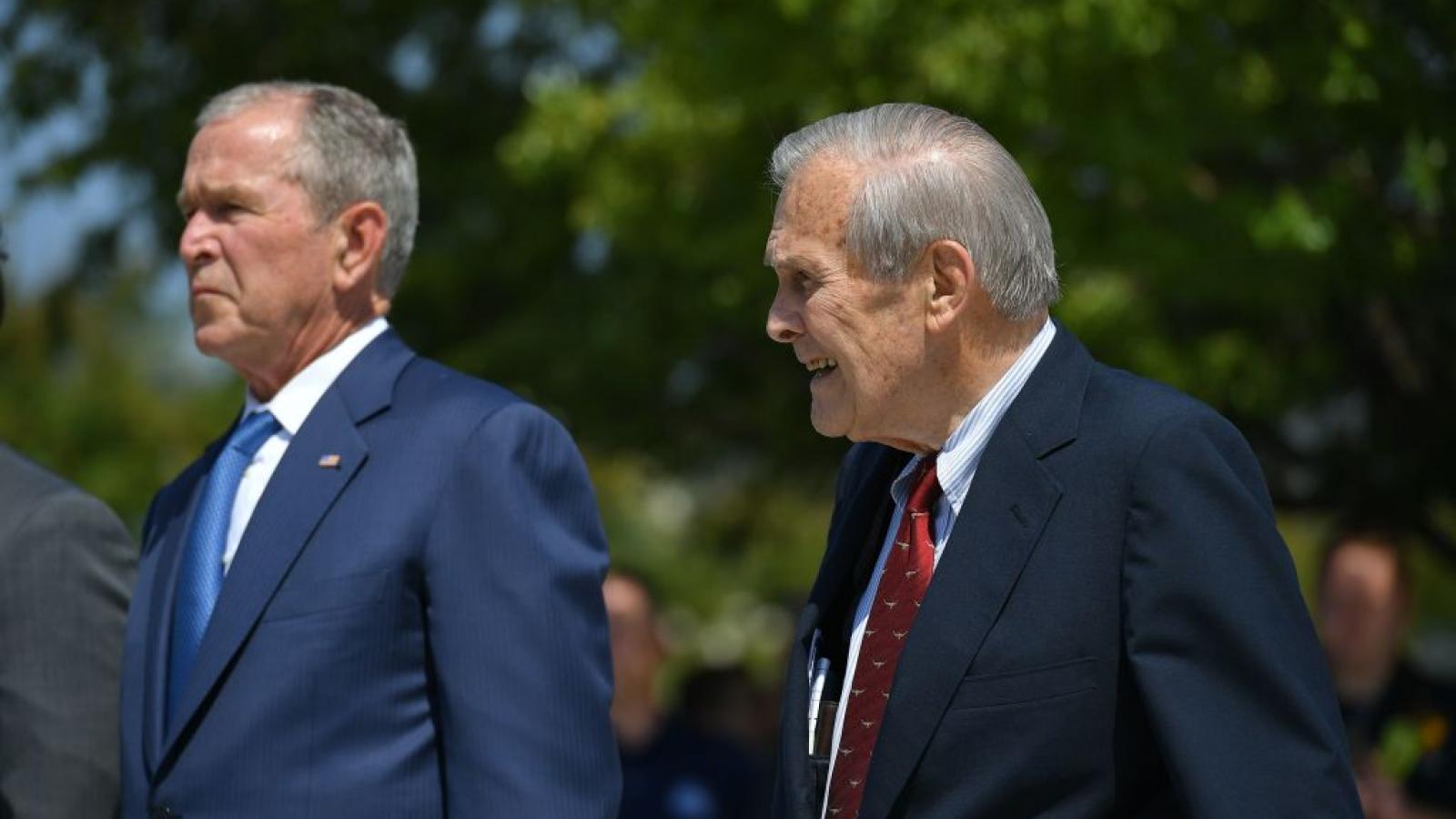 Former Defense Secretary Donald Rumsfeld passed away at the age of 88-years-old, his family said in a statement.

"It is with deep sadness that we share the news of the passing of Donald Rumsfeld, an American statesman and devoted husband, father, grandfather and great grandfather," the statement from his family said. "At 88, he was surrounded by family in his beloved Taos, New Mexico."

Rumsfeld served as secretary of defense under the Gerald Ford and George W. Bush presidential administrations. He served four terms in the U.S. House of Representatives, and as chief of staff to President Ford.