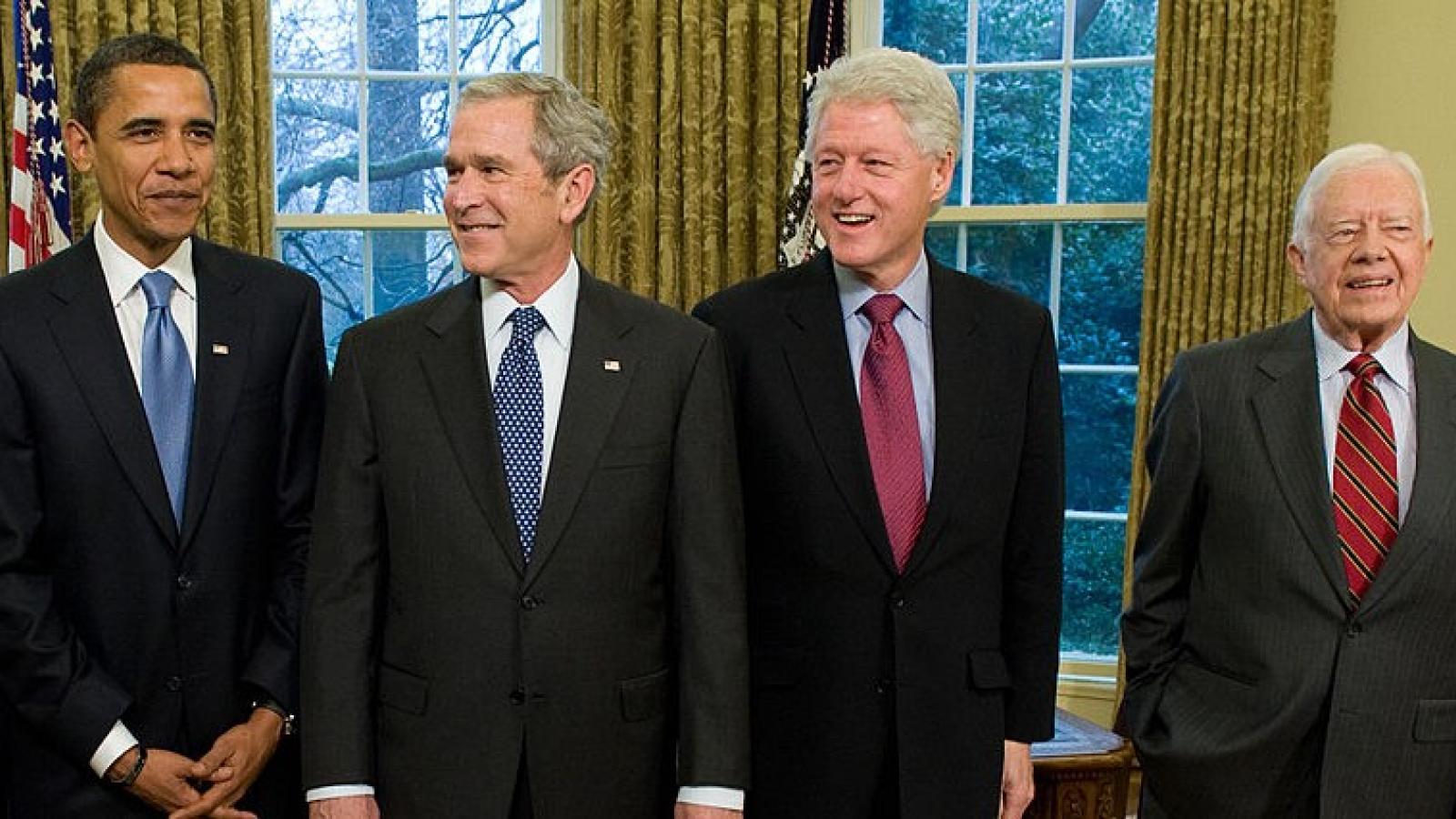 "This vaccine means hope. It will protect you and those you love from this dangerous and deadly disease," Obama said in the ad, titled "It's Up To You."

Clinton said he is anticipating going "back to work" and being "able to move around."

"We’ve lost enough people, and we’ve suffered enough damage," he said. On the vaccines, Clinton said, "They could save your life."

Bush, for his part, said he's hoping to go "to opening day at Texas Rangers Stadium with a full stadium.”

A week after Texas Gov. Greg Abbott rescinded the statewide mask mandate, the Rangers on Wednesday announced the professional baseball team will allow 100% capacity at the ballpark for its home opener.

However, attendees will still be required to wear a mask, despite Abbott's order.

The PAS features also features the four spouses of the presidents in the ad – Rosalynn Carter, Hillary Clinton, Laura Bush and Michelle Obama.

Former President Obama said he wants to see his mother-in-law so that he can "hug her and see her on her birthday."

In a second ad, released Wednesday, Clinton, Bush and Obama call on all Americans to get vaccines, saying they are the “first step to ending the pandemic and moving our country forward.”

“The science is clear,” Bush said in the video. “These vaccines will protect you and those you love from this dangerous and deadly disease.”

Former President Trump did not appear in either of the PSAs. But Trump said late Wednesday that without him, Americans "probably" wouldn't have ever come up with a COVID-19 vaccine.