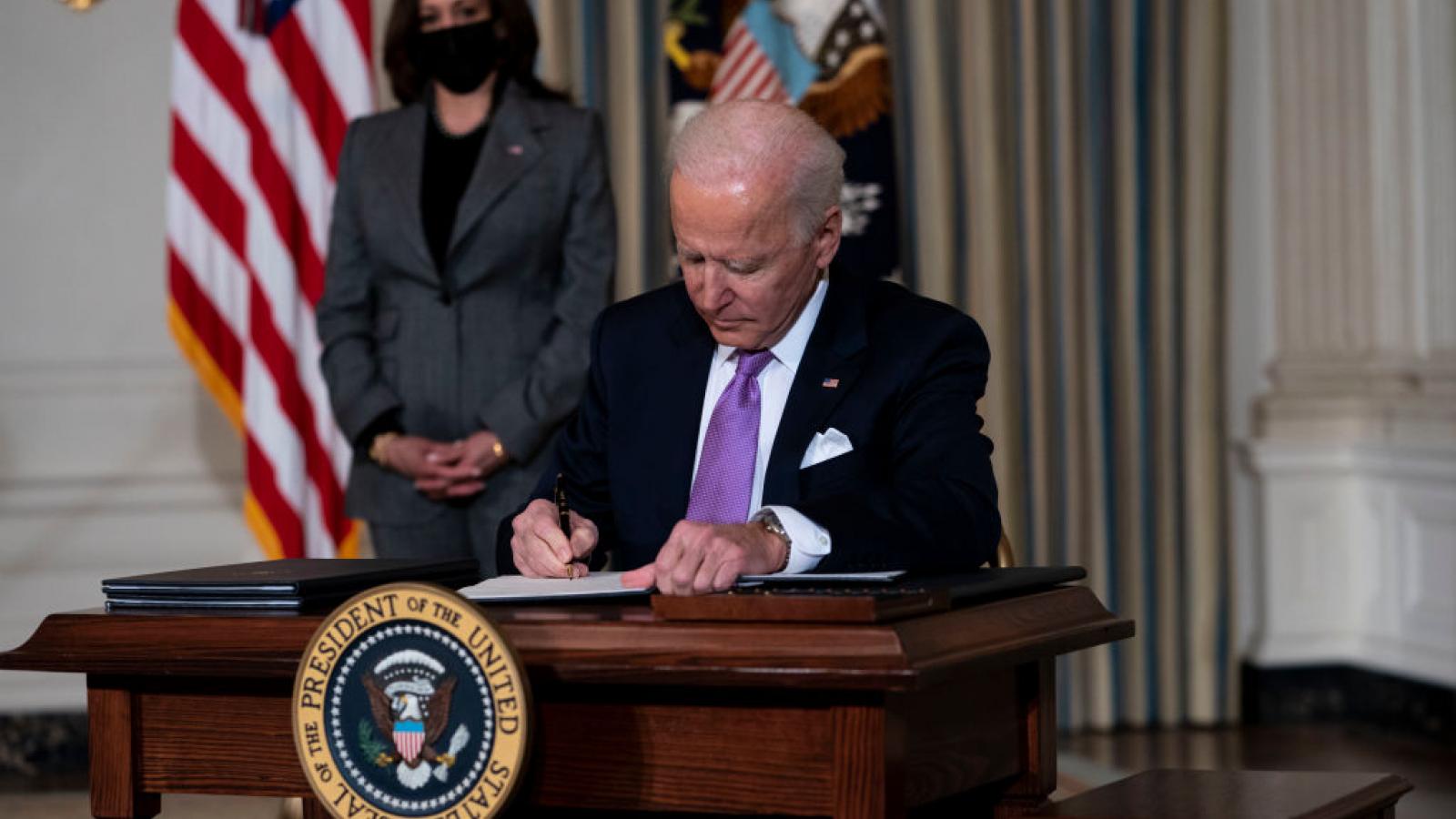 "President Biden is committed to taking executive action and working with Congress to put in place reforms that will keep this country's kids and communities safe," said gun control advocate Peter Ambler following a virtual meeting with White House officials Susan Rice and Cedric Richmond. "Today’s meeting was a strong affirmation of that commitment."

"We are pleased that the administration recognizes the gravity of this issue and look forward to continued discussion with and actions by the administration to begin confronting the ever-present threat of gun violence that claims over 100 lives a day," said Kris Brown, the president of gun control advocacy group Brady.

Biden campaigned consistently on stricter gun controls, including expanding background checks and banning some high-capacity, military-style firearms. Some advocacy groups have been disappointed with the lack of action taken by the Biden administration thus far on the issue, given that Biden has issued dozens of executive orders and actions during his first three weeks of office.

Gun rights groups and Second Amendment advocates have expected the new administration would attempt to enact more gun control. However, most of the proposed policy proposals so far will require congressional approval and would face a difficult vote in the evenly divided Senate.