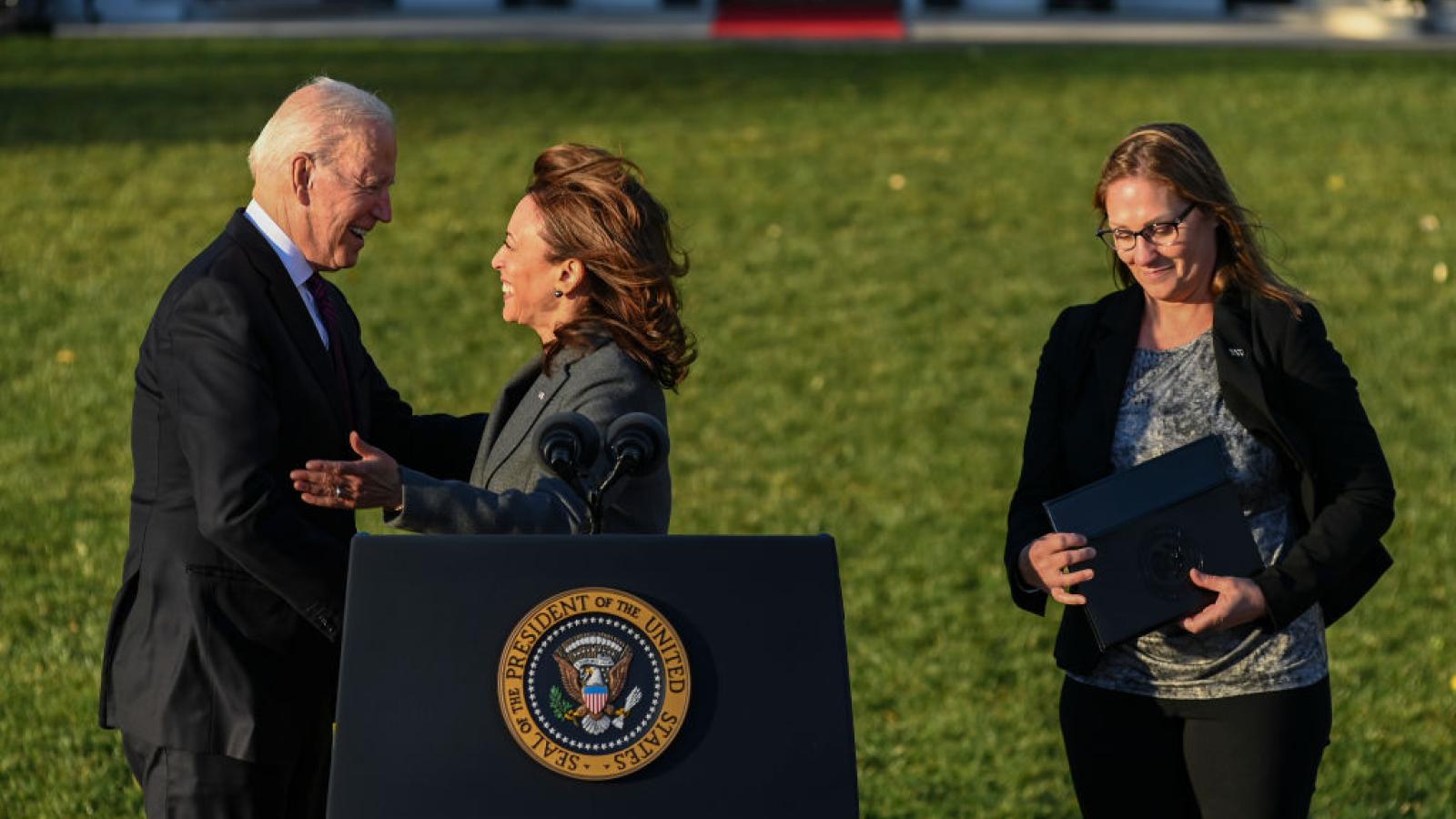 The White House's attempts to prove beleaguered Vice President Kamala Harris is still very much part of the team suffered a minor setback Monday when she was incorrectly introduced at the infrastructure bill signing ceremony.

"In a moment," Harris said with a laugh, before touting the roughly $1 trillion, bipartisan infrastructure bill that Biden signed after months of Capitol Hill wrangling, and before giving the mic to Kurtenback, an official in the international ironworkers' union.

The slipup came one day after a viral CNN story about the growing "bitterness" between the Biden and Harris teams, born in part over vice presidential staffers' allegedly belief that Biden hasn't given their boss enough support on tasks and that he has put her in a "no-win political situation."

The report was based on interviews with nearly three dozen former and current Harris aides, administration officials, Democratic operatives and donors.

Hours after the report was posted, White House press secretary Jen Psaki tweeted, "For anyone who needs to hear it. @VP is not only a vital partner to @POTUS but a bold leader who has taken on key, important challenges facing the country."

On Monday, Psaki faced an on-air question from CNN about the tweet, to which she replied, "I went out there and made clear that the vice president's a vital partner, she's a bold leader, and she's taken on some challenging assignments, really important ones."

Harris was key in helping Biden win the 2020 presidential race, assisting him in securing the female and minority vote. But her Washington stock quickly declined during the southwest border crisis this past spring.

Tasked by Biden to learn more about the migration of people from Central America's Northern Triangle to the U.S. border, Harris was criticized for not going immediately to the border, where pictures of a record-number of migrants overwhelming federal resources led news coverage for weeks.