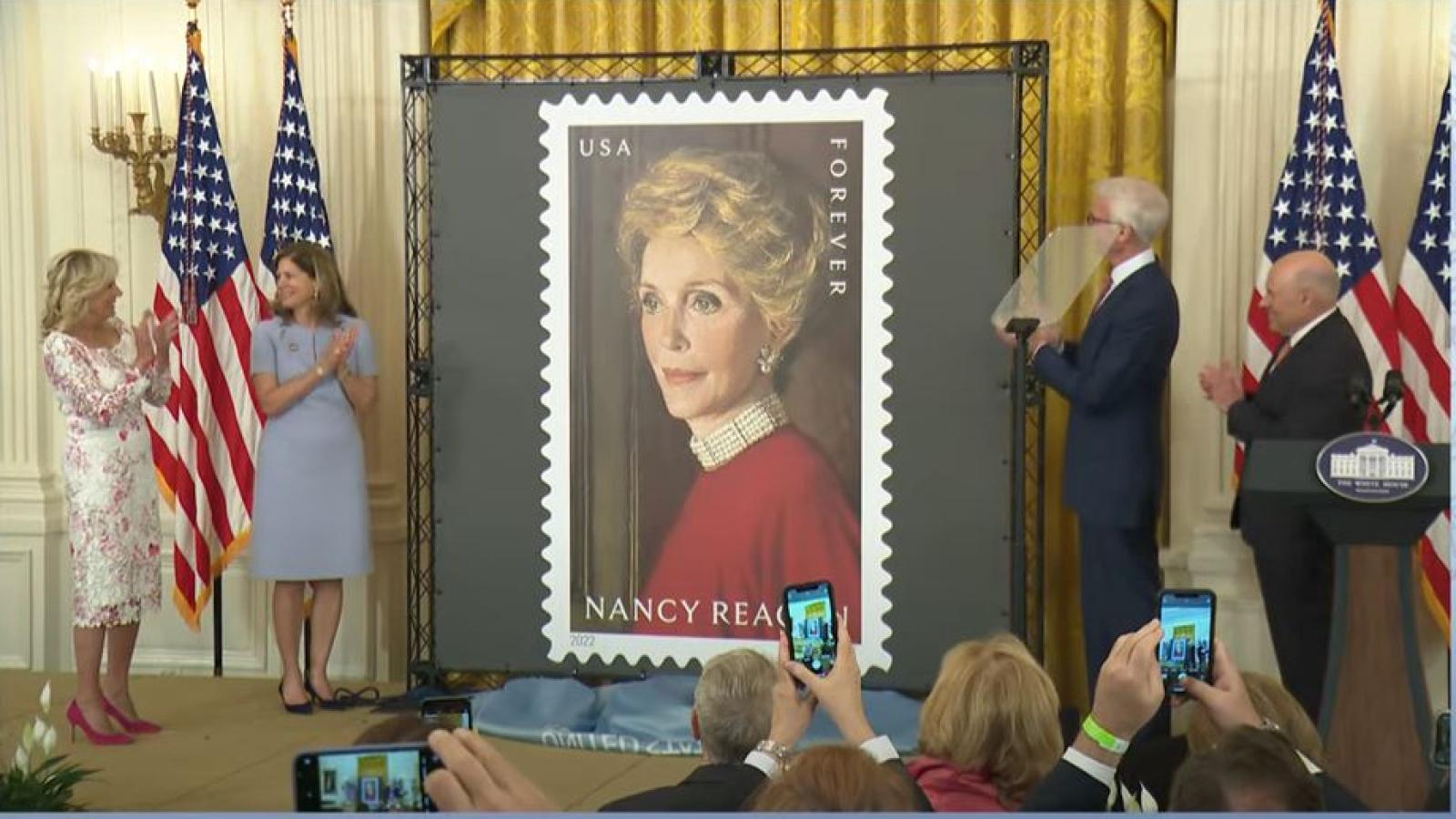 When the stamp officially goes on sale next month, Reagan becomes the sixth first lady to have one created in her likeness, following Eleanor Roosevelt, Martha Washington, Abigail Adams, Dolley Madison and Lady Bird Johnson.

While the event officially marked the U.S. Postal Service's issuing of the stamp, it was also a celebration of Reagan's life.

"She was an important part of one of the most pivotal presidencies of the 20th century as a wife, champion, and trusted adviser to our 40th president of the United States, Ronald Reagan," Postmaster General Louis DeJoy said.

Niece Anne Peterson described the challenges her aunt faced when her husband was nearly killed in a 1981 assassination attempt and how Monday's event was held on a warm, beautiful day in Washington, D.C., much like those in the Reagans' home state of California.

"I know she is with us today – hand in hand with her beloved Ronnie watching as we remember and celebrate her time as first lady thrilled with the beautiful California-like wether and relieved she has no speaking role, pleased and humbled at the same time by the special honor, but also ready for the spotlight to be moved on to someone else," said Peterson, introduced as a favorite niece of Reagan's.

Fred Ryan, chairman of the Board of Trustees at the Ronald Reagan Presidential Foundation, said of Reagan, "While her husband was busy at work rebuilding America's economy, strengthen our defenses and promoting freedom around the world. Mrs. Reagan was a crucial confidant and essential partner.

"At all times she exhibited complete unwavering devotion to Ronald Reagan as her husband, and as the 40th President of the United States. It's no exaggeration to say there would not have been a successful Ronald Reagan were not for Nancy Reagan. The president himself said of Nancy, 'I can't imagine life without her.' "