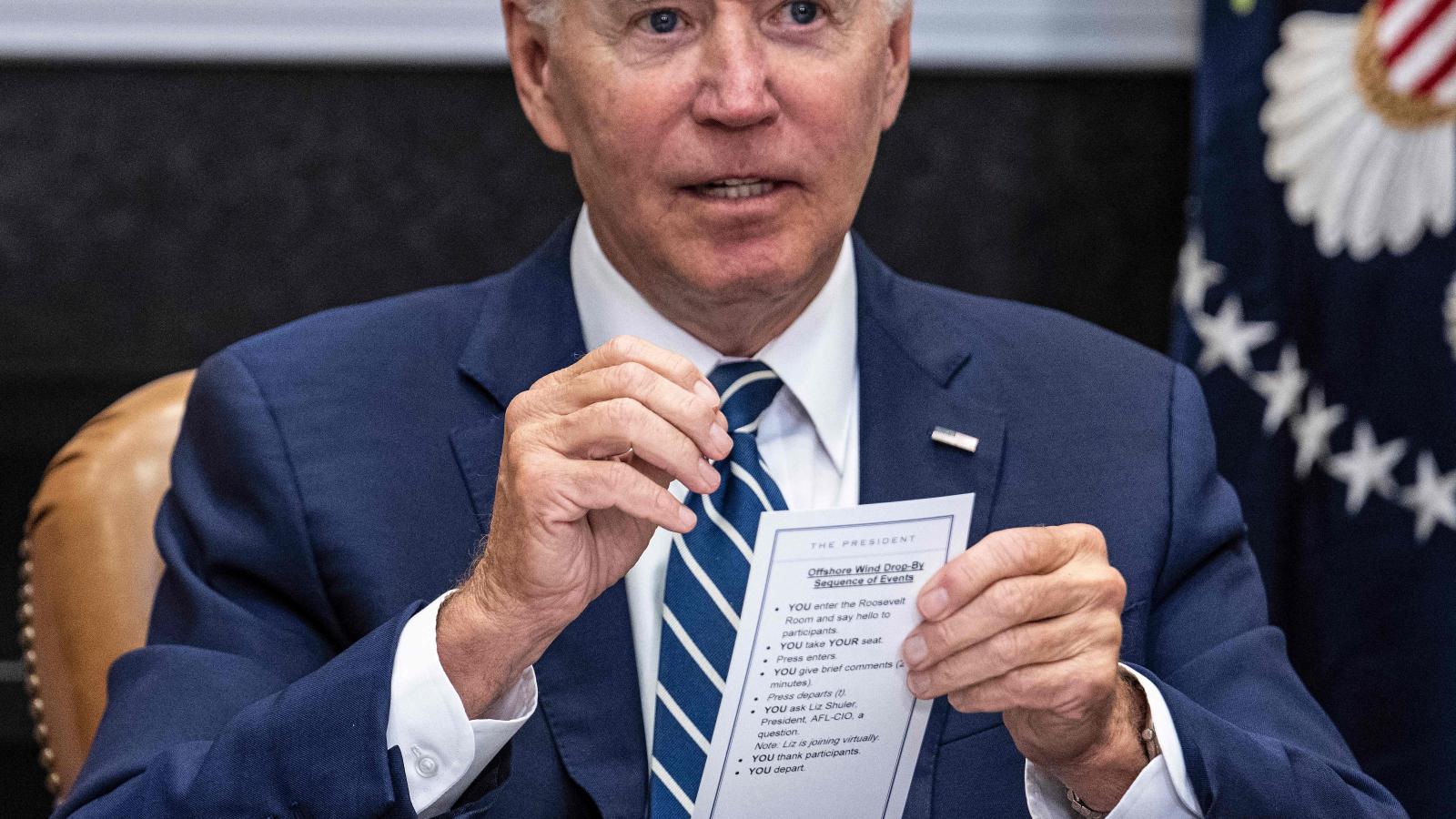 President Joe Biden on Thursday accidentally displayed an official White House card with specific instructions telling him, "YOU take YOUR seat," and other similar reminders.

Biden, 79, flashed the card to the cameras while at a meeting with wind industry executives. He spoke for nearly eight minutes at the event despite the fact that the sheet also instructed him to speak for two minutes. 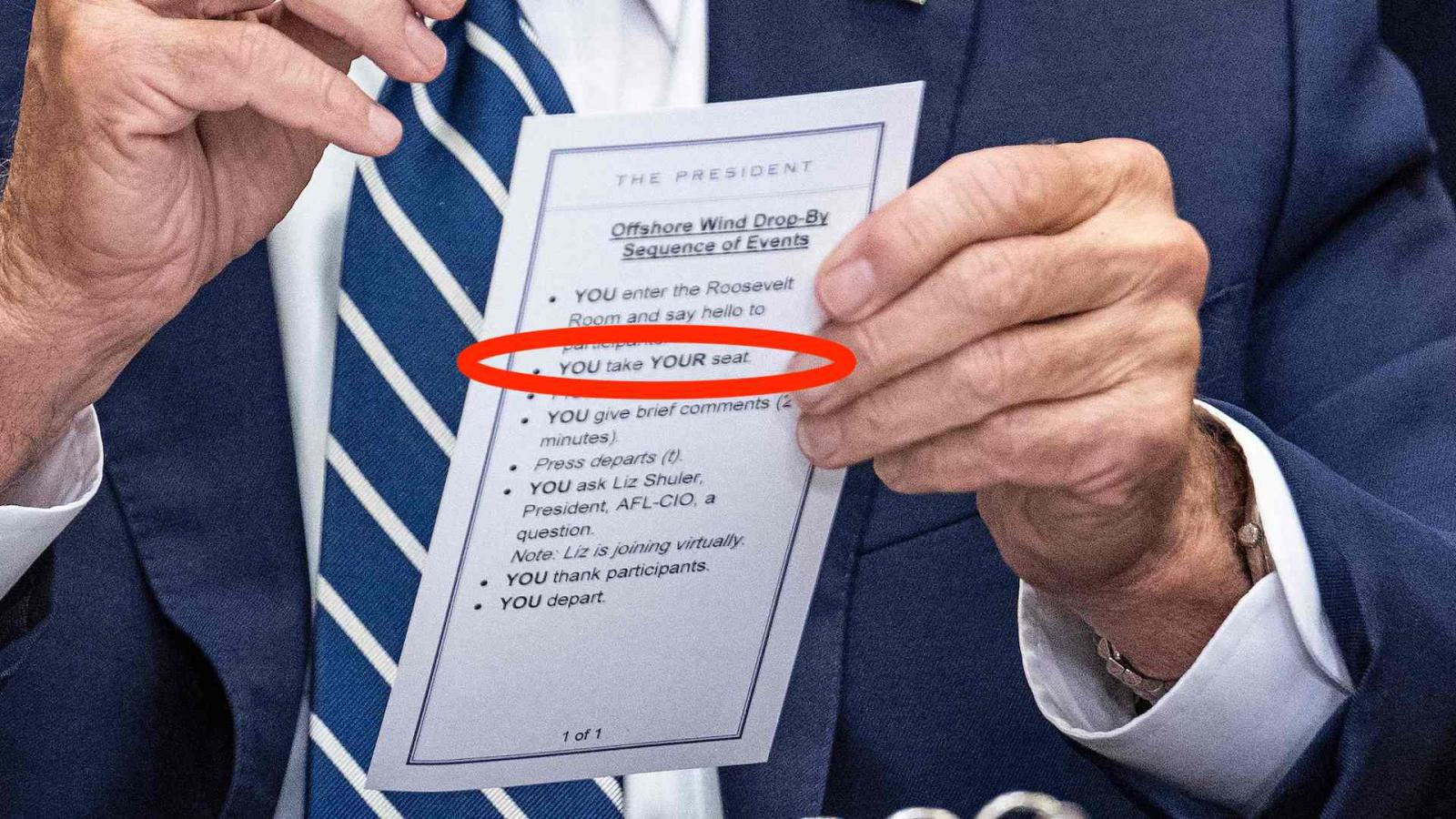 The "Sequence of Events" sheet also tells him: "YOU enter the Roosevelt Room and say hello to participants."

The card then instructs him to ask AFL-CIO President Liz Shuler a question.

"YOU thank participants," and "YOU depart," the instructions conclude.

Biden's mental fitness for office has been under scrutiny since before his election.

"Don, you're asking me this question, Oh my gosh," Jean-Pierre told Lemon.

"He's the president of the United States. ... This is not a question that we should be even asking," she responded.