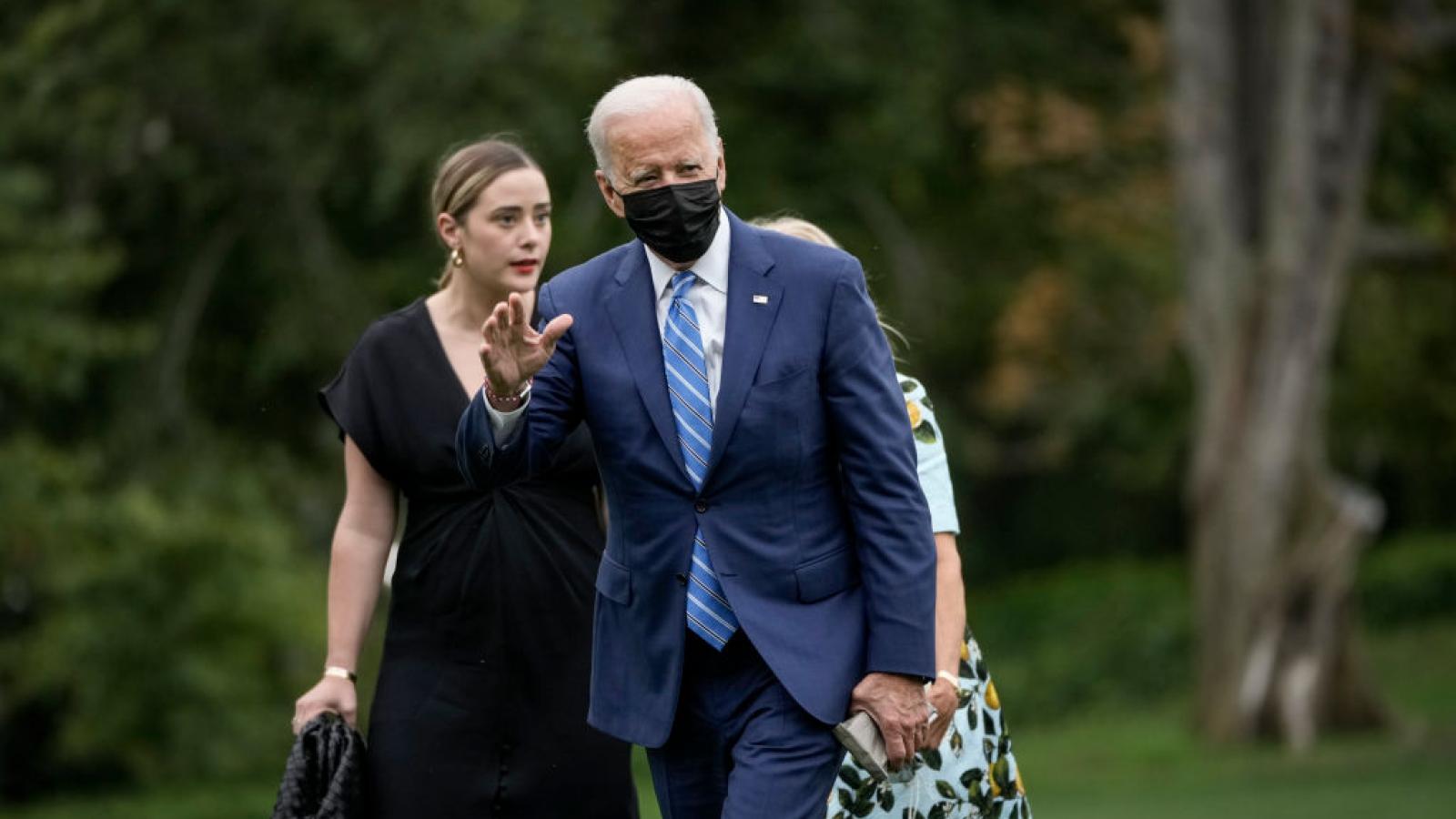 A majority of Americans don't think President Biden has demonstrated the toughness needed against Russia as leader Vladimir Putin continues his invasion of Ukraine, according to a new poll.

The Associated Press-NORC Center for Public Affairs Research poll released Thursday shows 54% of Americans think Biden has been "not tough enough" in his response to the invasion.

Just over one-third think his approach has been about right, and 8% think he's been too tough.

The poll – in which 1,085 adult Americans were interviewed April 14-18 – also found that as the roughly 14-week-long war continues, Americans's desire to get involved abroad has diminished.

The poll's margin of sampling error was 3.9 percentage points.

Just under one-third of respondents said the U.S. should have a major role in the conflict, compared to 40% in March. About half of Americans says the U.S. should play a minor role.

The White House has, thus far, authorized more than $2 billion in weapons for Ukraine and led the charge of Western sanctions against Russia that have thrown the Russian economy into tumult.

Biden has repeatedly said he will not send U.S. troops into Ukraine, a decision support by most Americans.

Most Americans (57%) believe Putin has directed his troops to commit war crimes, and would like to see more action to stop the Russian leader as images of Ukrainians being killed en masse are shared across the globe, the poll also shows.

Biden is also up against significant political challenges as his party heads into midterm season.

With inflation at a four-decade high, the administration cannot afford to make any missteps in its address of Putin that would further exacerbate issues at home that Americans feel in their wallets, despite Americans (51%) saying that the nation's bigger priority should be sanctioning Russia as effectively as possible.