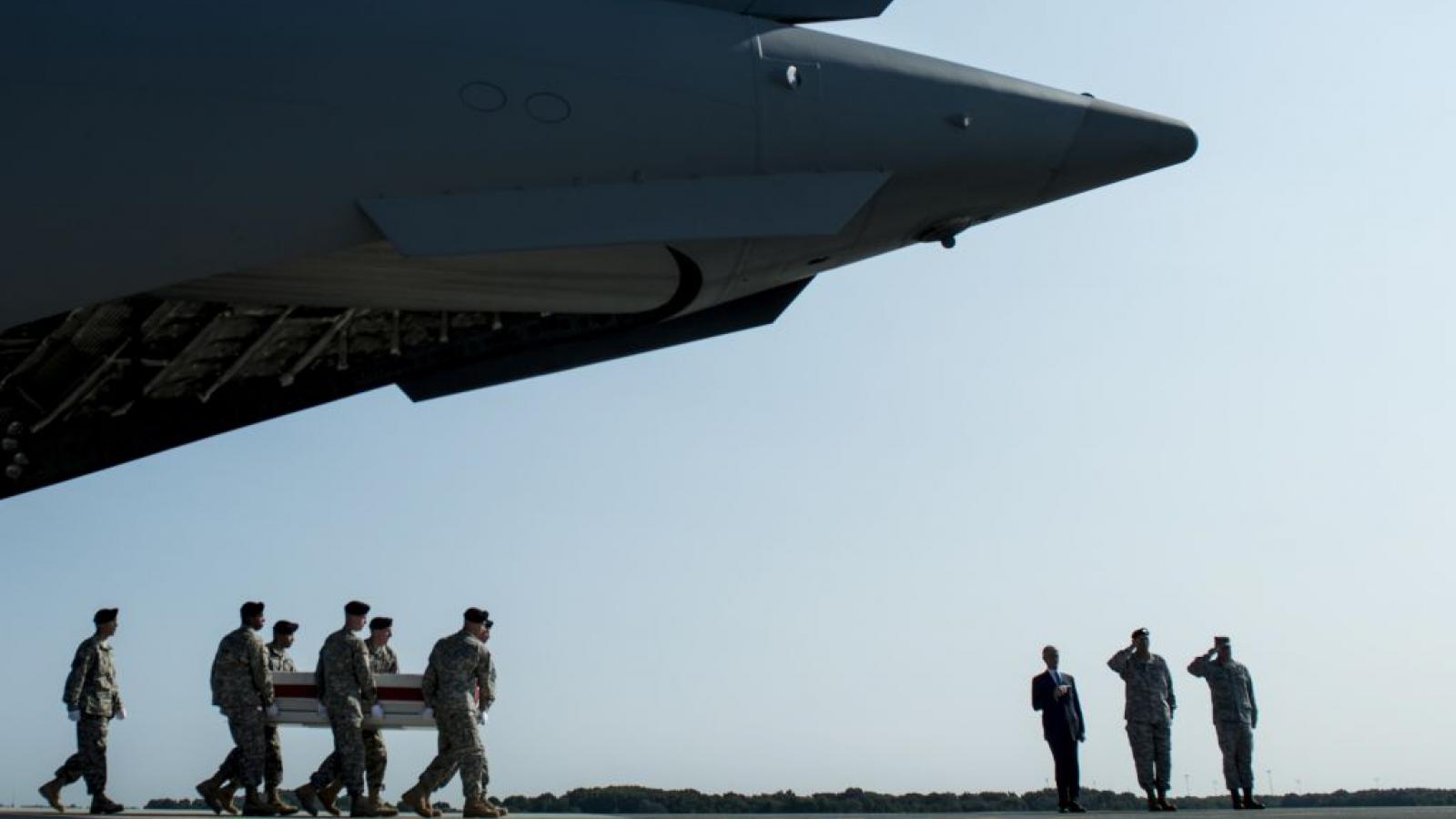 President Biden went to Dover Air Force Base on Sunday to receive the bodies of the 13 American military members who were killed in an attack on Thursday by a terrorist suicide bomber at the Kabul airport in Afghanistan.

In a statement issued on Saturday, President Biden called them "heroes who made the ultimate sacrifice in service of our highest American ideals and while saving the lives of others."

There were 11 Marines, one Army soldier and a Navy corpsman among the dead. Two were women.

The attack took place as U.S. forces were busy evacuating both Americans and Afghani allies who were trying to make it to the airport where they would be flown to safety. The Biden administration had agreed to the Taliban's deadline for ending the airlift and evacuation by Aug. 31, and allowed the checkpoints into the airport to be manned by Taliban members.

NPR's report included pictures and brief bios of most of the fallen heroes.