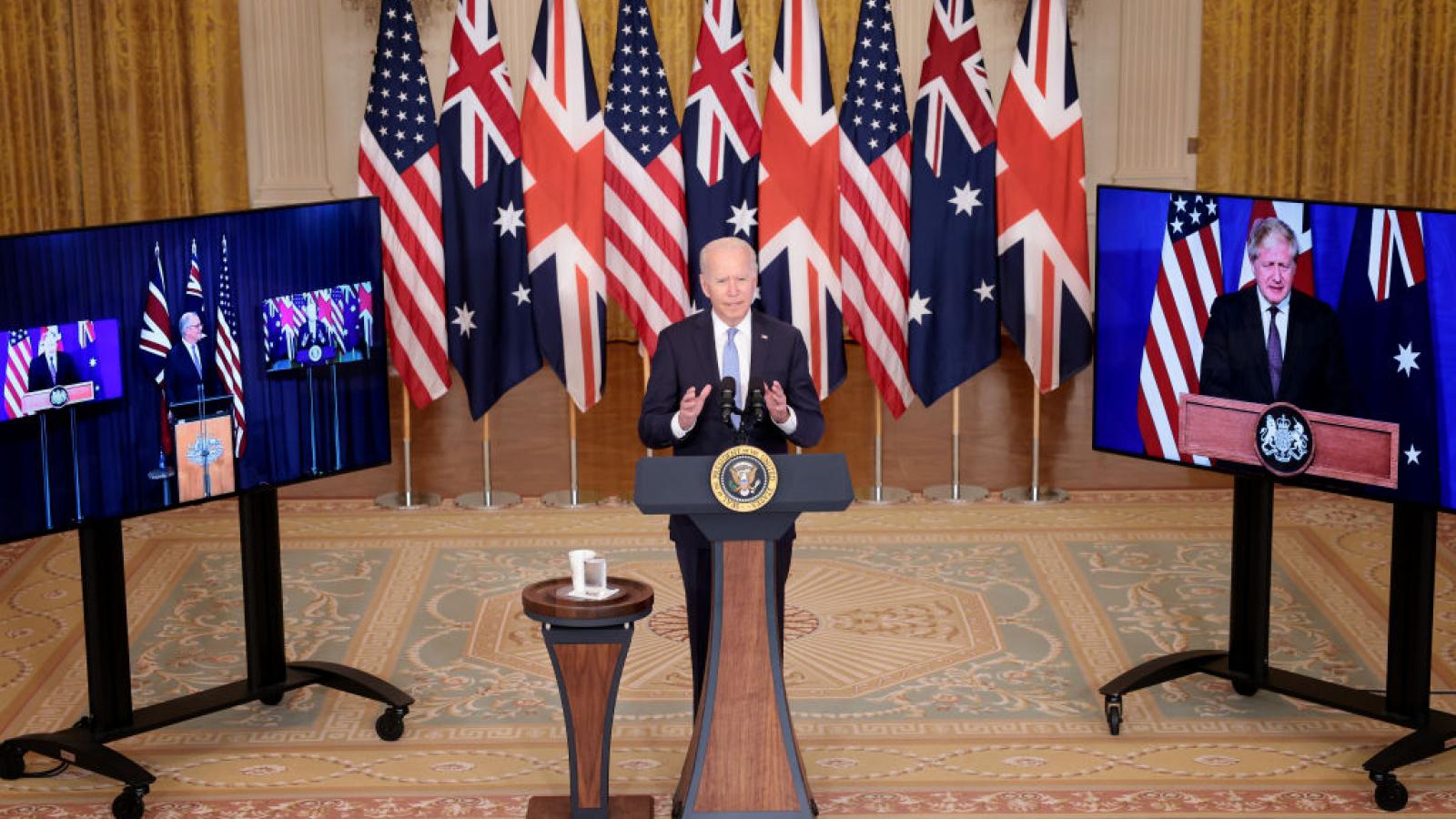 President Joe Biden announced a new trilateral defense agreement with Britain and Australia to share advanced defense and security technologies, including the acquisition of a new nuclear-powered submarine fleet.

According to the New York Times, the new three-nation security pact, which will be known as AUKUS, was forged in an effort to curb Chinese aggression and influence, especially in the hotly contested South China Sea.

During a joint news conference, President Biden, U.K. Prime Minister Boris Johnson and Australian Prime Minister Scott Morrison, unveiled the details of the new allyship. According to Politico, one of the main aims of AUKUS is the U.S. and Britain sharing their knowledge of how to maintain nuclear defense infrastructure.

Both Biden and Johnson emphasized that this was not an effort for Australia to obtain a nuclear weapon. Prime Minister Morrison said Australia had no ambition to seek one, or even build one.

All three leaders agreed the sharing of vital security information— such as nuclear defense strategies— is necessary and crucial if the three global power players hoped to stifle China’s influence in the South Pacific and the Indian Ocean.