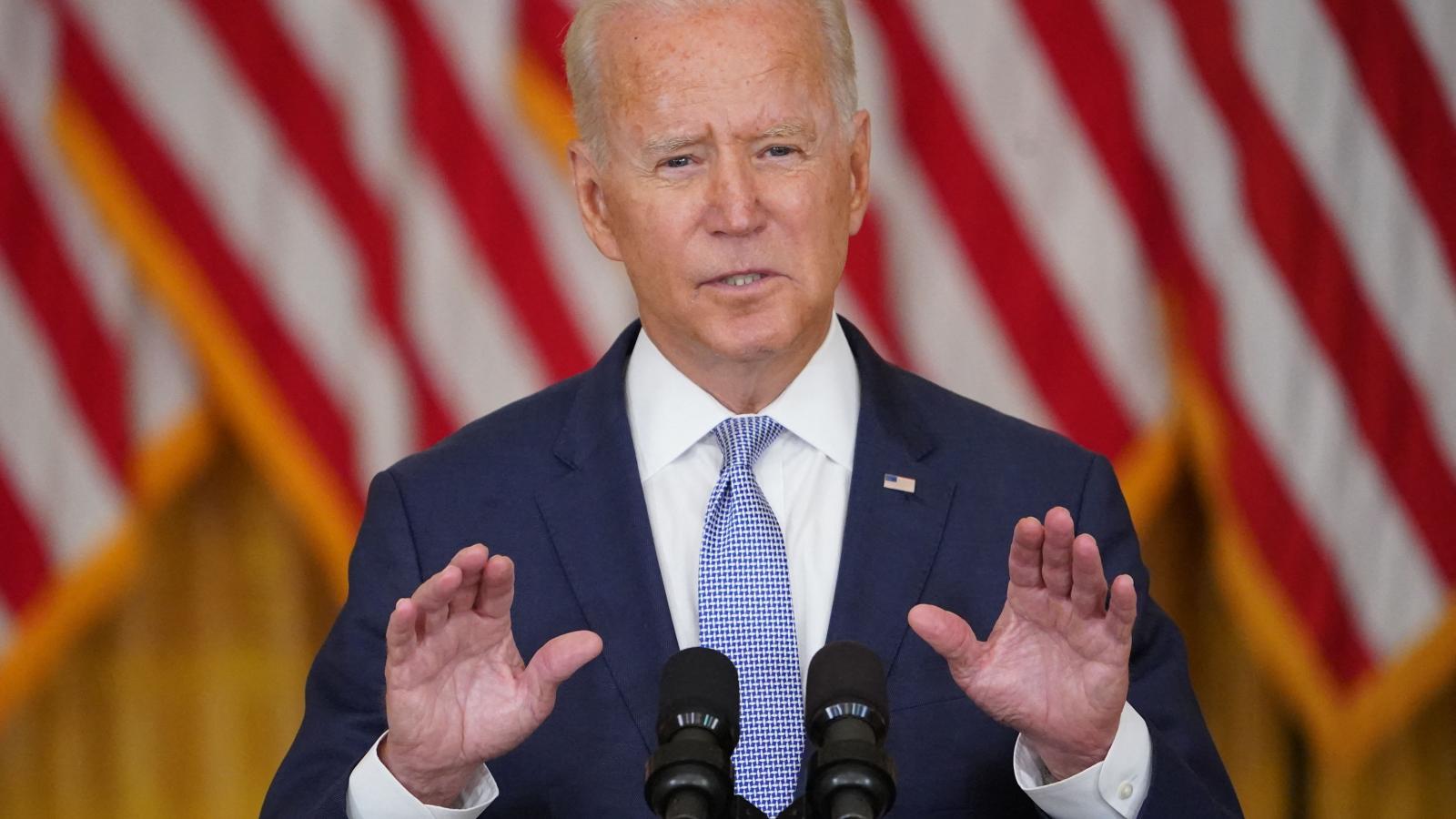 "Truth is, this unfolded more quickly than we anticipated," Biden said in a national TV address to Americans from the White House.

Over the weekend, the Taliban took control of Afghanistan as the Afghan president fled the country and the U.S. military is scrambling to quickly evacuate Americans.

Biden said that his national security team is closely monitoring the situation on the ground in Afghanistan and is moving quickly to execute plans already put in place, including contingency plans regarding the current "rapid collapse."

Providing an explanation for the rapid collapse, Biden said that there was a failure of Afghan leaders to unite. The Afghan president insisted his forces would fight, but he was clearly wrong as the leaders gave up and fled, Biden added.

If Afghan forces can't resist the Taliban now, then "there's no chance" they would down the road or that U.S. forces remaining in Afghanistan would help, Biden argued.

The mission in Afghanistan was counterterrorism, not counterinsurgency or nation building, Biden noted, adding that the terror threat is broader than Afghanistan.

He explained that the long-term strategy for Afghanistan is to not send "endless military deployments," but instead use diplomacy and economic tools, "rallying the world to join us."

Six thousand U.S. troops have been authorized to help evacuate Afghan allies, Biden said, and the embassy has been safely shut down as diplomats have been transferred out of the country. Thousands of Americans will also be transported out of Afghanistan, including civilian personnel of U.S. allies.

If U.S. forces are attacked during evacuation, then the American response will be swift, forceful, and devastating, if necessary, Biden warned.

U.S. forces in Afghanistan decreased from 15,500 to 2,500 under the Trump administration, when the Taliban was at its strongest military since 2001, Biden said.

He added that his only options were to either follow through with Trump's May 1 deadline to leave Afghanistan, or go back and fight the Taliban during the spring fighting season.

Biden claimed that U.S. adversaries China and Russia "would love nothing more" than for America to stay in Afghanistan indefinitely.

He asked how many more generations of Americans should continue to be sent to Afghanistan to fight their civil war, adding that he won't continue the mistakes of the past by doubling down on it.

Biden said that no amount of military force would deliver a stable Afghanistan, which is known as the "graveyard of empires" in history. He also mentioned that he is the fourth president to oversee the war in Afghanistan and will not pass it on to a fifth president, adding that he doesn't regret his decision to withdraw U.S. troops.

The president concluded that withdrawing from Afghanistan is the right decision for America.