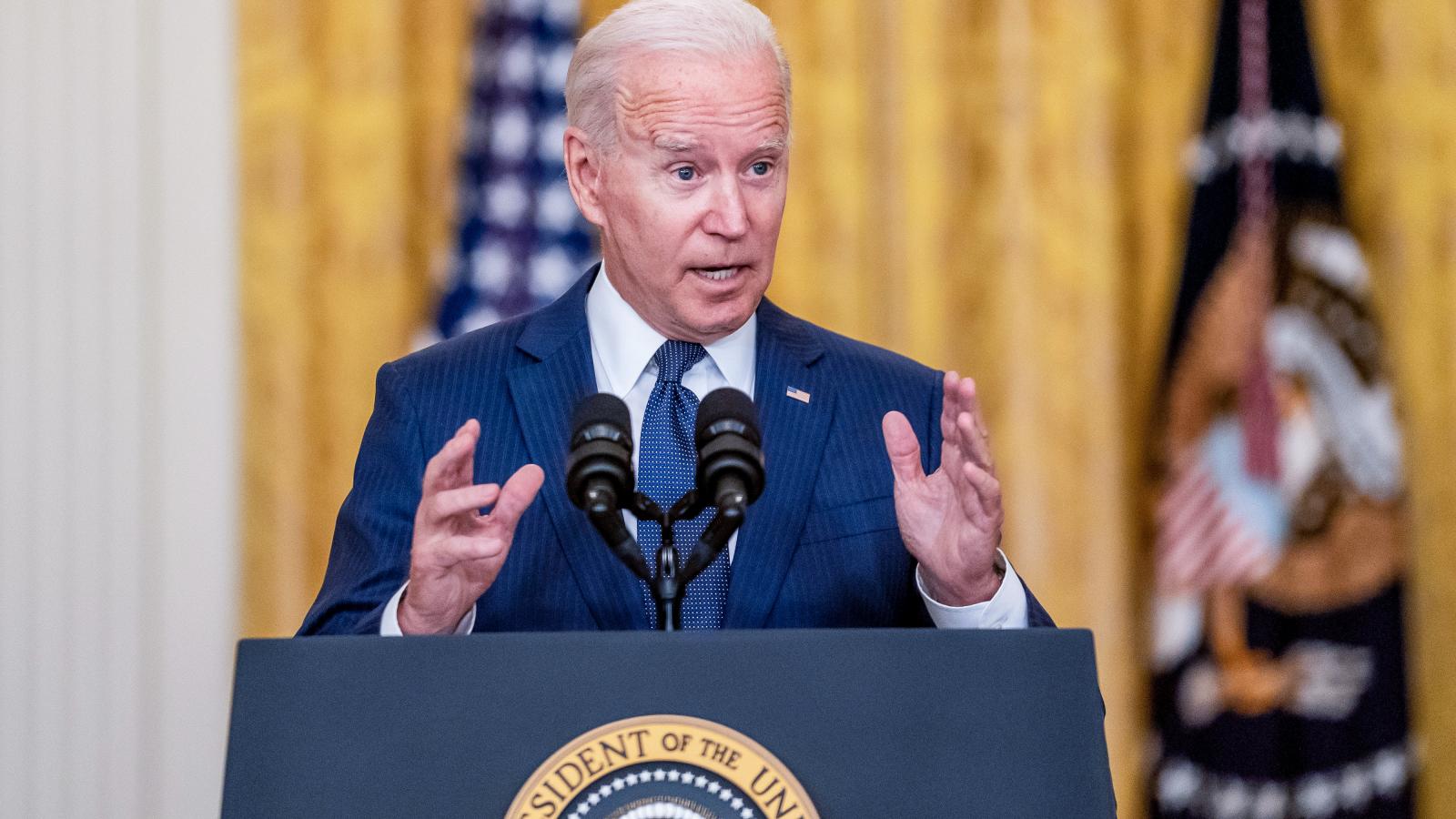 President Biden on Tuesday defended his administration's exit strategy in Afghanistan, saying his adherence to the Aug. 31 dead was not "arbitrary" and was "designed to save American lives."

"I take responsibility," Biden said in a national TV address, one day after U.S. troops and Americans completely left Afghanistan to meet the deadline. "We were ready."

He also called U.S. efforts "far from over."

Biden said that over 120,000 people were evacuated from Afghanistan and 20 U.S. service members were wounded and 13 died in service of the mission.

He mentioned that U.S. officials assumed that the Afghan forces would be a strong adversary against the Taliban, which turned out to be inaccurate. He said that they prepared "for every eventuality," including the events that occurred, and that they were ready for what happened in Afghanistan.

Biden also said that U.S. Central Command leader Marine Corps Gen. Frank McKenzie had explained how the mission was designed to operate under stress and attacks.

Regarding the 100 to 200 Americans still in Afghanistan, Biden said that most are dual citizens, and Secretary of State Antony Blinken is using diplomatic efforts to evacuate them.

Biden dismissed criticisms that the evacuation was disorderly and should have started sooner. He said that even if the evacuation began in June or July, there still would have been a rush to the airport and a breakdown of the Afghan government.

The president also mentioned that China and Russia "would like nothing more" than for the U.S. to remain "bogged down" for years to come in Afghanistan.

He explained that the United Nations Security Council passed a resolution that says they expect the Taliban to allow people to leave Afghanistan and for humanitarian assistance to enter the country.

Addressing ISIS-K, which launched the terrorist attack that killed 13 U.S. service members, Biden said, "We are not done with you yet." He added that the U.S. would use a "tough, unforgiving, targeted, precise strategy" in regards to fighting terrorism around the world.

Biden later said that the U.S. would not forgive or forget, and that "we'll hunt you down to the ends of the earth and you will pay the ultimate price."