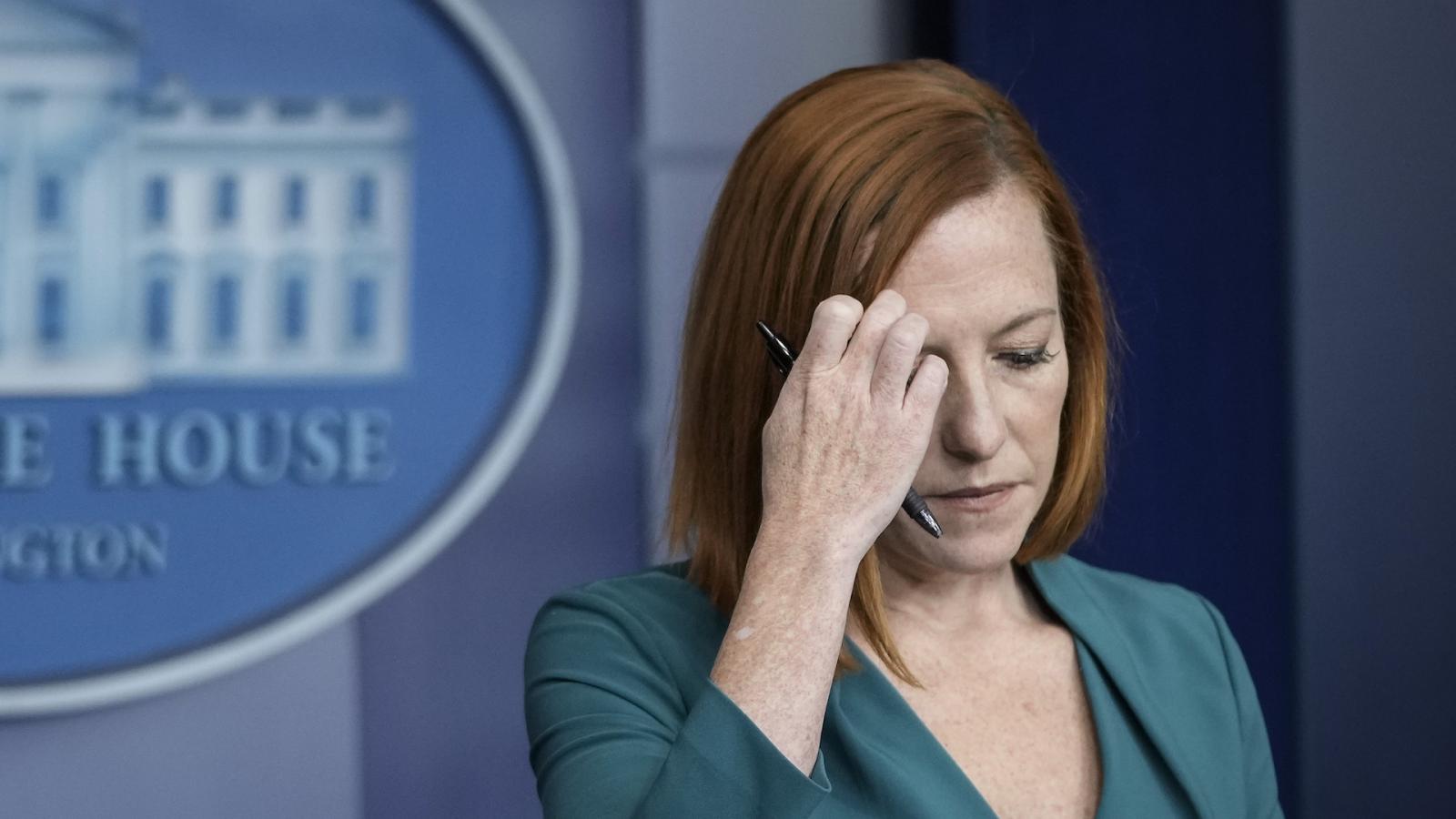 Outgoing White House press secretary Jen Psaki on Thursday refused to condemn left-wing activists' plans to protest for abortion rights at the homes of Supreme Court after a leaked draft surfaced this week of a majority opinion that would strike down Roe v. Wade.

She also defended the leak as being about "women’s health care," despite previously criticizing other leaks.

Thousands of people across the nation have been protesting the draft of the SCOTUS decision. Pro-choice activist groups such as "Ruth Sent Us" mapped out the Maryland and Virginia homes of the six conservative-leaning justices, whom they criticized as "extremist" and "Christian fundamentalist." The group is planning a protest at the justices' homes on May 11.

"Do you think that progressive activists that are now planning protests outside some of the justices’ houses are extreme?" Fox News correspondent Peter Doocy asked Psaki during the press briefing.

"Peaceful protest? No, peaceful protest is not extreme," Psaki answered. She is leaving her position next week. Her deputy, Karine Jean-Pierre, will replace her.

"Some of these justices have young kids," Doocy pointed out.

"Their neighbors are not all public figures. So would the president think about waving off activists who want to go into residential neighborhoods in Virginia and Maryland?" he asked.

"I think our view here is that peaceful protests – there’s a long history in the United States in the country of that. And we’ve certainly encouraged people to keep it peaceful and not resort to any level of violence," Psaki answered.

"These activists posted a map with the home addresses of the Supreme Court justices. Is that the kind of thing the president wants to help your side make their point?" Doocy pressed further.

"The president’s view is that there’s a lot of passion, a lot of fear, a lot of sadness from many, many people across this country about what they saw in that leaked document,” she told Doocy.

"We obviously want people’s privacy to be respected," she continued. "We want people to protest peacefully if they want to protest. That is certainly what the president’s view would be."

Doocy asked about Biden's opinion on protesting outside of the Supreme Court versus a private residence.

“I don’t have an official US government position on where people protest," she said.

Doocy then asked Psaki several times about Biden's opinion on whether he supports abortion up until the time of birth.

She replied that Biden "supports a women's right to choose" and referred him to the presidents' previous statements on abortion.

The Biden administration condemned the leaked opinion shortly after it was released.

When NBC News reporter Peter Alexander asked Psaki why the White House would not condemn the leak like previous ones, she said the conversation is not about the leak.

"What we think is happening here is there’s an effort to distract from what the actual issue here, which is fundamental rights," she said, later adding, "What we’ve also seen, Peter, is many Republicans who are trying to overturn a woman’s fundamental rights try to make this about the leak. This is not about the leak. This is about women’s health care."