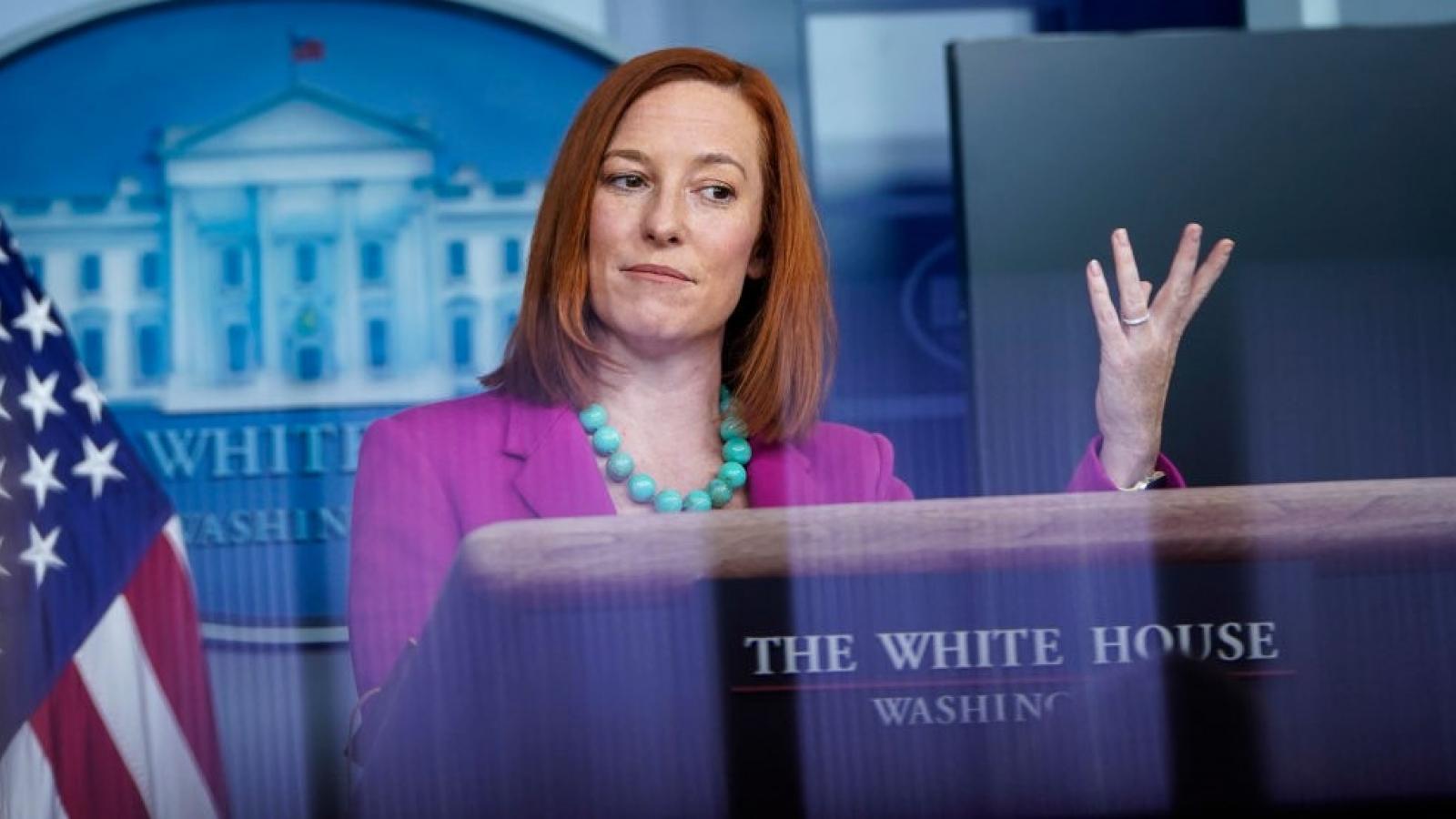 White House press secretary Jen Psaki says "we are not sending the president" into the war in Ukraine, despite him being ready and willing.

Psaki made the statement during a live recording Thursday of the "Pod Save America" podcast, attempting to clarify recent comments from the president that he is "ready to go" to Ukraine.

"He's ready for anything – the man likes fast cars and aviators," Psaki said. "He's ready to go to Ukraine. We are not sending the president to Ukraine."

Earlier in the day, a reporter asked the president whether he is planning to send senior officials to Ukraine, which led to the back-and-forth about Biden's personal preparedness to jet over.

British Prime Minister Boris Johnson visited Ukraine and in a much-photographed April 9 event in which he walked the streets with Ukrainian leader Volodymyr Zelensky.

More than 1,000 civilians in Ukraine have been killed in the invasion, according to a review Friday of published death tolls.

Two Republicans, Sen. Steve Daines, of Montana, and Rep. Victoria Spartz, of Indiana, who is Ukrainian born, visited the country this week to see for themselves the damage wrought by Russian leader Vladimir Putin and his forces.

"We’ve been driving for miles and miles and miles, seeing death and destruction caused by Vladimir Putin in this evil invasion," said Daines following a visit to Kyiv and Bucha, where hundreds of people were recently discovered in mass graves on the streets.