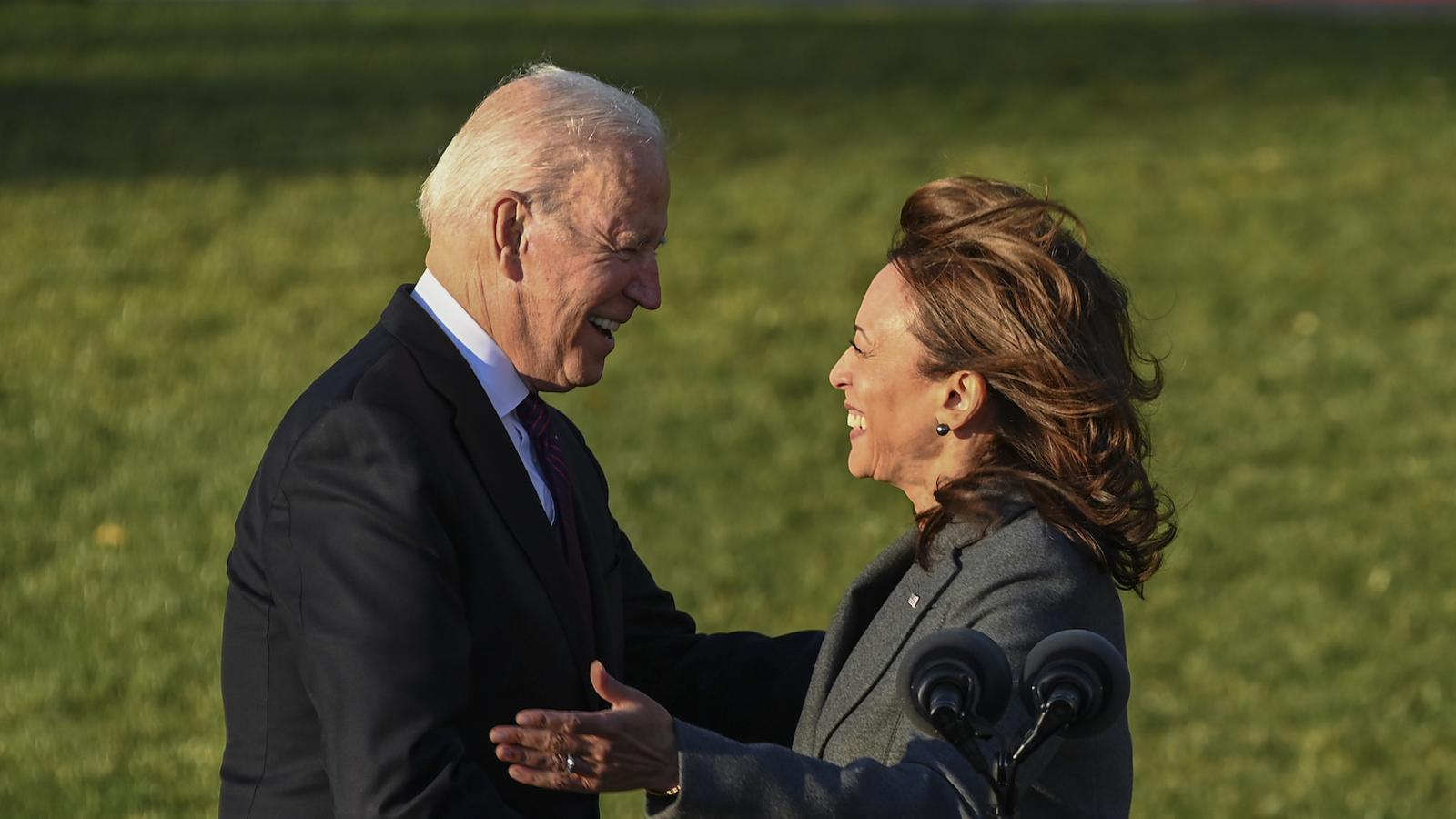 Republicans sharply rebuked President Joe Biden, Vice President Kamala Harris, and Congressional Democrats after being criticized in speeches by the executive branch during an event Tuesday in Georgia on voting rights.

Biden and Harris focused heavily on the Jan. 6 attack on the Capitol, and accused former President Donald Trump and the GOP of limiting voting rights and standing with Confederate President Jefferson Davis and former Democratic Alabama Gov. George Wallace, who is remembered for staunchly supporting segregation.

House Republicans responded by tweeting a photo of a 1987 Detroit Free Press article in which "Biden bragged about being praised by George Wallace."

Senior editor at The Federalist Mollie Hemingway said Biden's political rhetoric went from "'I am a reasonable moderate who will unite the country' to 'I will destroy institutions to enable Nancy Pelosi to take over all elections throughout the country' in just under a year."

"Joe Biden went to Georgia today and said that you're a 'domestic enemy' on the side of 'George Wallace and Bull Connor' if you support election integrity and oppose his federal takeover of elections. An appalling speech from a truly divisive president," Schlapp tweeted.

"The idea that Trump 'sought to win through violence what he had lost at the ballot box' is a lie. There is no evidence -- none -- Trump wanted violence. It was Biden and Harris who joined violent protests, bailed out rioters, & called them 'peaceful protesters' to win an election," Breitbart News Senior Editor Joel Pollak called out the administration's references to Jan. 6.

The Biden-Harris administration expressed support for abolishing the filibuster. Some Republicans called out what they view as a double standard.

GOP lawmakers also responded to the Democrats' calls to end the filibuster, which would directly affect their work.

Sen. Bill Hagerty (R-Tenn.) tweeted: "Getting rid of the filibuster would destroy the United States Senate, silence millions of Americans, and open the floodgates to Biden and Democrats' radical, socialist policies."

Sen. Tim Scott (R-S.C.) said: "Some of the Democrats want to take away your voice by federalizing elections and ending the filibuster. This is a threat to our Democracy as we know it."

The press office for Sen. Chuck Grassley (R-Iowa) tweeted: "Democrats want to break the rules of the Senate to ram through their partisan agenda. 60 votes promotes bipartisanship. The majority cannot run over the will of the minority."

Fellow Iowa Senator Sen. Joni Ernst agreed with Grassley. "Democrats want to break the Senate to ram through their radical agenda," she tweeted.

"Let’s be clear. Democrats’ proposals are NOT about voting rights. It’s about Democrats wanting to keep themselves in power," Sen. Roy Blunt (R-Mo.) said.

"Stacey Abrams helped Biden steal the 2020 Election in Georgia but now she won’t even share a stage with Joe," Trump responded to the apparent snub. "Stacey knows that Biden actually lost BIG in Georgia, and in the 2020 Presidential Election as a whole, and he’s been so terrible she now wants nothing to do with him. Even the woke, radical left realizes that Joe Biden’s Administration is an embarrassment!"

At a press conference before the speeches Tuesday, Sen. Ted Cruz (R-Texas) described the proposed voting laws – the Freedom to Vote Act and the John Lewis Voting Rights Act – as a "​​corrupt power grab."

He said Democrats are trying to "strike down every single voter id law in the country even though 80 percent of Americans support them… Democrats have decided that voter fraud benefits them politically, and they're willing to go to any length to tear down the reasonable common-sense protections that protect the integrity of our elections."