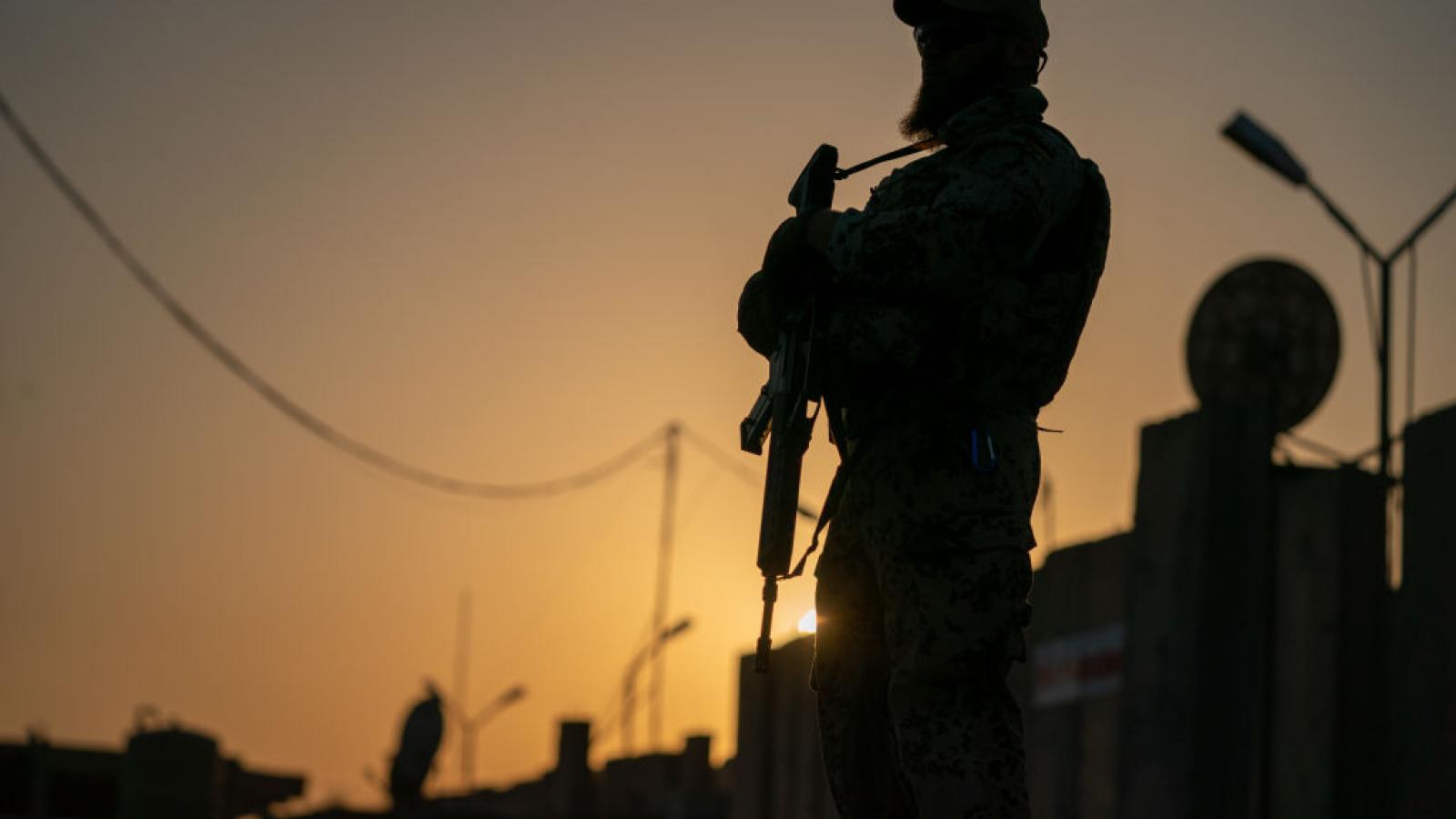 A soldier stands with his weapon at dusk at Camp Taji in Iraq, 2019.
(Michael Kappeler/Getty Images)
By Madeleine Hubbard

Cashe and Celiz were both awarded the Medal of Honor posthumously.

The first black service member to receive the award since Vietnam, Cashe earned the honor for sacrificing his life for his fellow soldiers, according to a White House press release.

While in Iraq in 2005, an improvised explosive device hit his patrol vehicle, which caused it to be engulfed in flames. Cashe was able to rescue the driver and four soldiers while under enemy fire. When medical helicopters arrived to evacuate the troops, Cashe refused to leave until his fellow service members were evacuated, and it cost him his life.

Celiz also sacrificed his life for his fellow service members. He led an operation to clear an area of enemy forces in 2018 in Afghanistan when his group was attacked. Celiz purposely exposed himself to intense enemy fire to retrieve a "heavy weapon system" to use fighting back enemy forces. When the medical evacuation helicopter arrived, Celiz purposely exposed himself to enemy fire as his team evacuated a partnered force member. He acted as a human shield for his wounded service member who was being carried to the helicopter.

Celiz was fatally shot as the helicopter lifted off. Rather than getting loaded on and receiving medical attention, Celiz motioned the chopper off to save the life of his wounded partnered force member, which likely saved the lives of others.

Plumlee was present to receive the Medal of Honor.

In 2013, Plumlee was deployed to Afghanistan when he responded to an attack on a base. The enemy broke through the complex's walls and "Ten insurgents wearing Afghan National Army uniforms and suicide vests poured through the breach," the White House stated.

Plumlee and other service members took over two vehicles and raced toward the breach. Plumlee used his body as a human shield to cover the vehicle's driver as they came under enemy fire from multiple sides. When Plumlee exited the vehicle and ran toward the enemy with only a pistol, engaging with several insurgents (including a few with suicide vests) at close range. He killed two insurgents.

One insurgent ultimately detonated his suicide vest and mortally wounded a U.S. solder. Plumlee ran to the wounded soldier and carried him to safety before organizing three Polish soldiers and clearing the area.

The ceremony did not go off entirely smoothly, however. Biden stumbled over Cashe's name, calling him "Alwyn Chase" twice.

Also, the ceremony announcer stated that Plumlee was being awarded the medal "posthumously," though the master sergeant was standing right next to Biden.