President Trump on Friday night visited the Black Hills of South Dakota for a Fourth of July weekend celebration in which he told Americans that Mount Rushmore, in the backdrop of the event, "will stand forever as an eternal tribute to our forefathers and our freedom."

The event drew thousands including many in signature red Trump baseball caps – amid recent nationwide protests over police brutality that have morphed into a movement to purge the country of statues and memorials to early American leaders now considered part of legacy of social and racial injustice.

Trump's roughly 30-minute speech was markedly different than the one he gave at a campaign rally in late June in Tulsa, Oklahoma – eschewing old foils and nicknames for a more subdued and forceful message in which he called on Americans to not allow the far left wing to take over the country's sacred institutions includes "schools, newsrooms and even corporate board rooms."

"Our nation is witnessing a merciless campaign to wipe out our history, defame our heroes, erase our values and indoctrinate our children," the president said. "Angry mobs are trying to tear down statues of our founders."

Ahead of the speech, protesters blocked the road that led to the event and reportedly had to be removed. And the state Republican Party sold T-shirts that featured Trump on the granite Mt. Rushmore memorial alongside former Presidents George Washington, Thomas Jefferson, Theodore Roosevelt and Abraham Lincoln, according to the Associated Press.

The president also said he will sign an executive order to create a "vast outdoor park with statues of the greatest American heroes who ever lived."

The event also took place amid a recent spike in the coronavirus across the South and Southwest, bringing criticism that it violated social distancing rules. However, South Dakota has one of the fewest number of cases in the country.

Republican Gov. Kristi Noem, a Trump ally who has yet order residents to shelter in place during the pandemic, didn't required masks during the event.

The small town of Keystone, a couple miles from the monument, was buzzing with people Friday afternoon hoping to catch a glimpse of the fireworks and the president. Many wore pro-Trump T-shirts and hats, the wire service also reported.

Among the protesters were Native American groups that say the Black Hills of Mount Rushmore were taken from the Lakota people against treaty agreements.

Fireworks return to the Rushmore event after years of absence, after the National Park Service decided they would be safe. 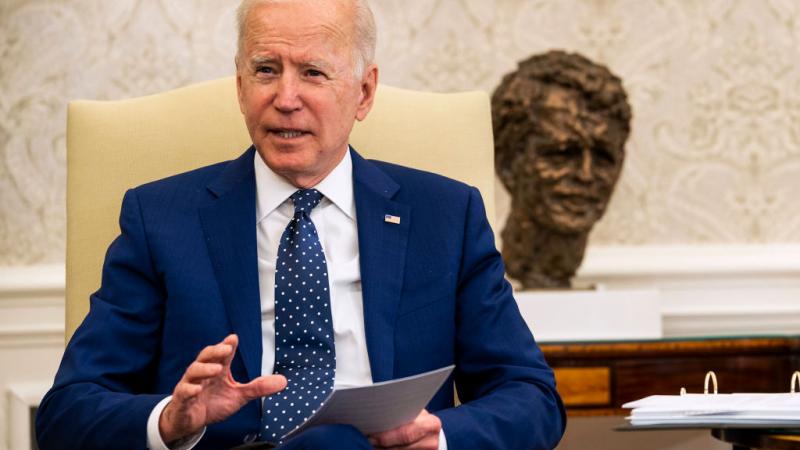