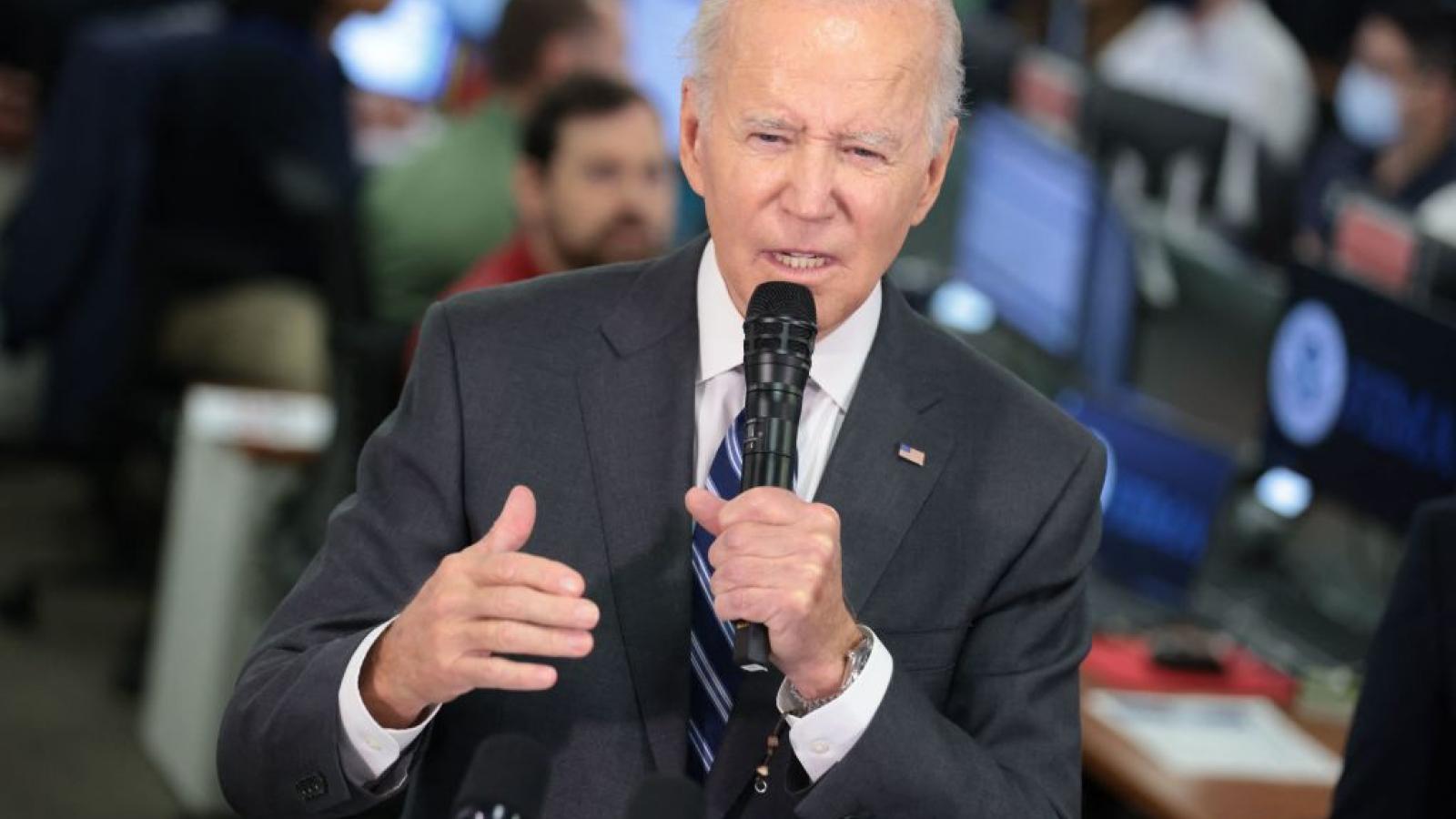 Twitter has tagged a tweet over the weekend by President Biden that says his administration is reducing the deficit by more than $1 trillion informing users that it requires context.

"Republicans are always talking about the deficit," Biden tweeted Saturday. "Well, guess what? The last guy increased the debt with tax cuts for big corporations. "Not a penny of it was paid for. This year, we've reduced the deficit by more than $1 trillion."

"While that number is factually correct, it's lacking some context," reads the tag. "Most of the drop is because of the recovery from COVID, and the government spending during that time coming to an end. There’s no indication that any policies have specifically targeted the deficit."

Biden has made the same argument about federal spending in recent speeches, taking credit for reducing the deficit after COVID-19 relief programs expired.

Under Biden, the Democratic-led Congress passed a third stimulus package, which was the $2 trillion American Rescue Plan in 2021.

It passed along a party-line vote using budget reconciliation to avoid the Senate filibuster. The ARP continued the relief programs that were passed in the first two stimulus packages and added new ones.

The first two stimulus packages, enacted in 2020, received votes from both parties in the Democratic-led House and the Republican-led Senate. Both were signed by former President Trump.

The Congressional Budget Office has reported that under current law, the budget deficit in 2022 is projected to be $1 trillion, which is $1.7 trillion "less than the shortfall recorded last year, as spending in response to the pandemic wanes and revenues increase."