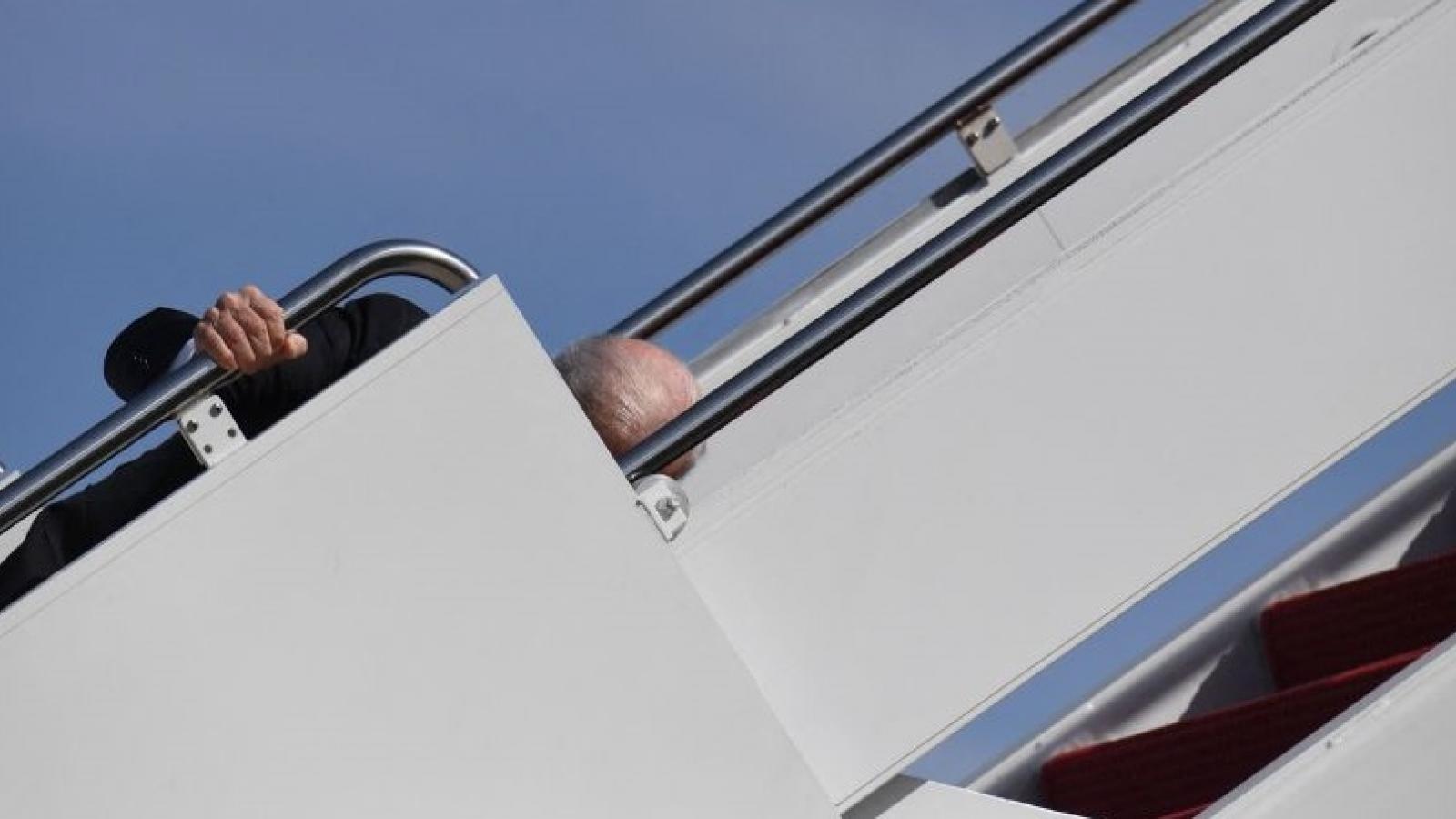 President Biden on Friday walked unsteadily across a tarmac, then stumbled several times while trying to walk up the steps of Air Force One, at one point trying to hold on to both side railings.

The 78-year-old commander in chief held one railing as he began walking up the stairs, then tripped. He gathered himself – then tripped again. He got started again, then fell down onto his knees, barely keeping his face from hitting the steps. He then brushed off his knees and tried to reach across to hold both railings as he boarded the presidential aircraft at Joint Base Andrews.

Biden, having finally mounted the stairs, gave a salute before ducking into the cabin to take off for a trip to Georgia.

Donald Trump Jr. had a field day on Twitter.

"I remember the press bashing Trump for touching the rail once. Biden falls repeatedly but I’m sure he’s the picture of health. No wonder all our enemies are pouncing simultaneously and mocking him publicly," the former president's son wrote.

Trump Jr. was referring to a time when his father held onto a railing while walking down a slippery ramp during a trip to West Point. "Trump’s Halting Walk Down Ramp Raises New Health Questions," wrote The New York Times.

"Mr. Trump – who turned 74 on Sunday, the oldest a U.S. president has been in his first term – was recorded hesitantly descending the ramp one step at a time after he delivered an address to graduating cadets at the New York-based academy on Saturday," the Times reported June 14, 2020.

Video of Trump prompted Biden to say, "Watch how I run up ramps and he stumbles down ramps. OK? Come on," he said last September.

Another video Friday showed Biden walking unsteadily across the tarmac from the presidential limo known as "The Beast."

“I know folks have seen that President Biden slipped on his way up the stairs to AF1, but I’m happy to report that he is just fine and did not even require any attention from the medical team who travels with him,” she wrote on Twitter. “Nothing more than a misstep on the stairs.”

For the record, the repeated stumbles by Biden didn't draw the same kind of headline as when Trump held onto the railing on the slippery ramp. "Biden 'Doing 100 Percent Fine' After Tripping While Boarding Air Force One," said the Times' headline on Friday. The paper also ran cover for the stumbling POTUS.