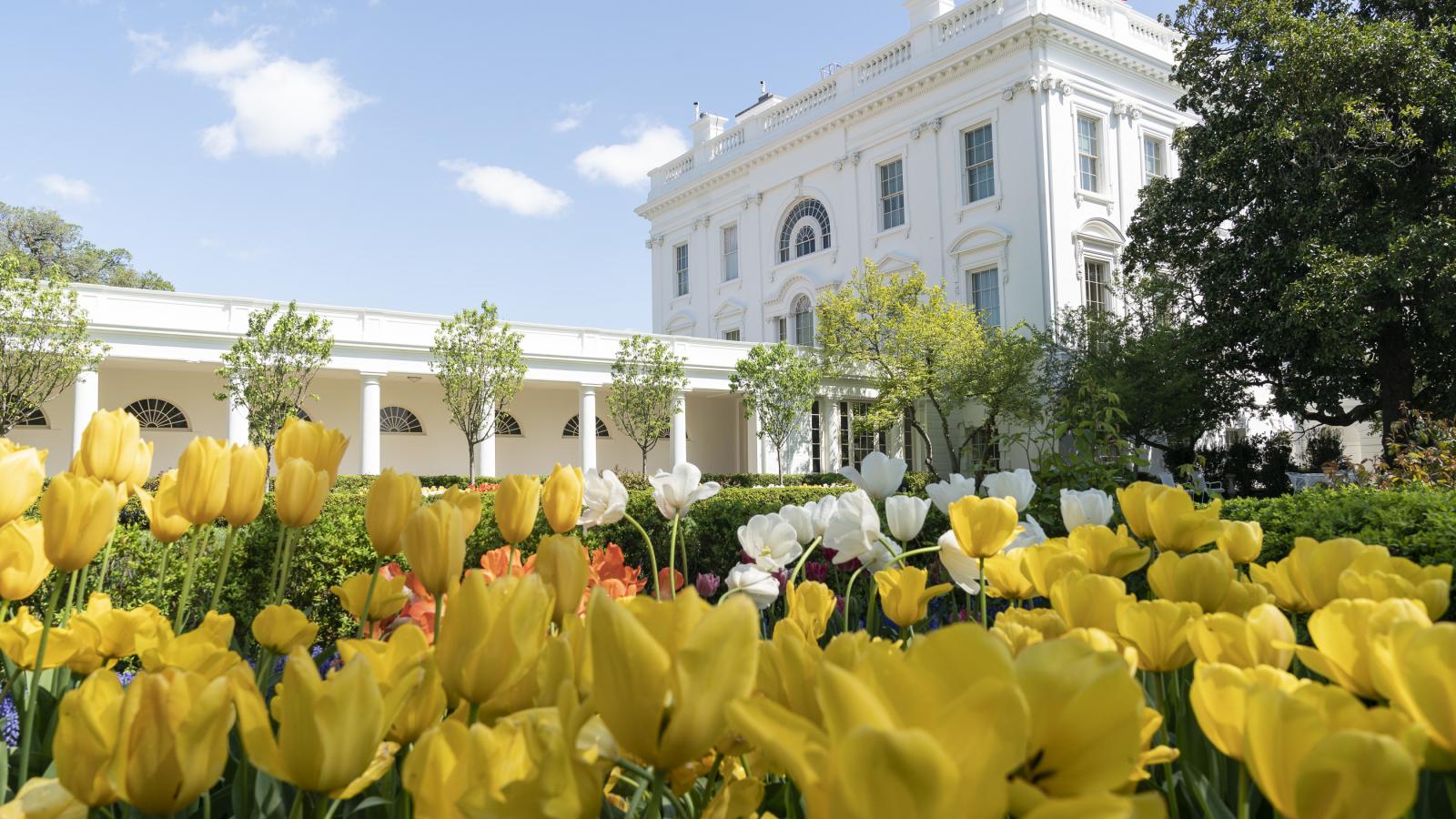 Tulips are seen in bloom Wednesday, April 8, 2020, in the Rose Garden of the White House.
White House/N. Boghosian
By Misty Severi

The Biden administration said Monday that it has now reached its July Fourth goal of 70% of U.S. adults having received at least one shot of the COVID-19 vaccine.

The vaccination rate slowed in the summer once the initial surge died down from the spring because most of the adults who were planning to receive the vaccine had already done so by the summer.

However, with the rapid spread of the virus' highly-contagious delta variant, more unvaccinated Americans are getting shots.

Roughly 600,000 Americans a day get a vaccination, compared to more than 500,000 from July 20, according to The Hill newspaper. Still, the number is less than the 3 million doses a day in April, when vaccination rates were at their highest.

Public support of the vaccine has also increased as case numbers rise across the country. According to a recent Monmouth poll, only 17% of Americans are now against it.