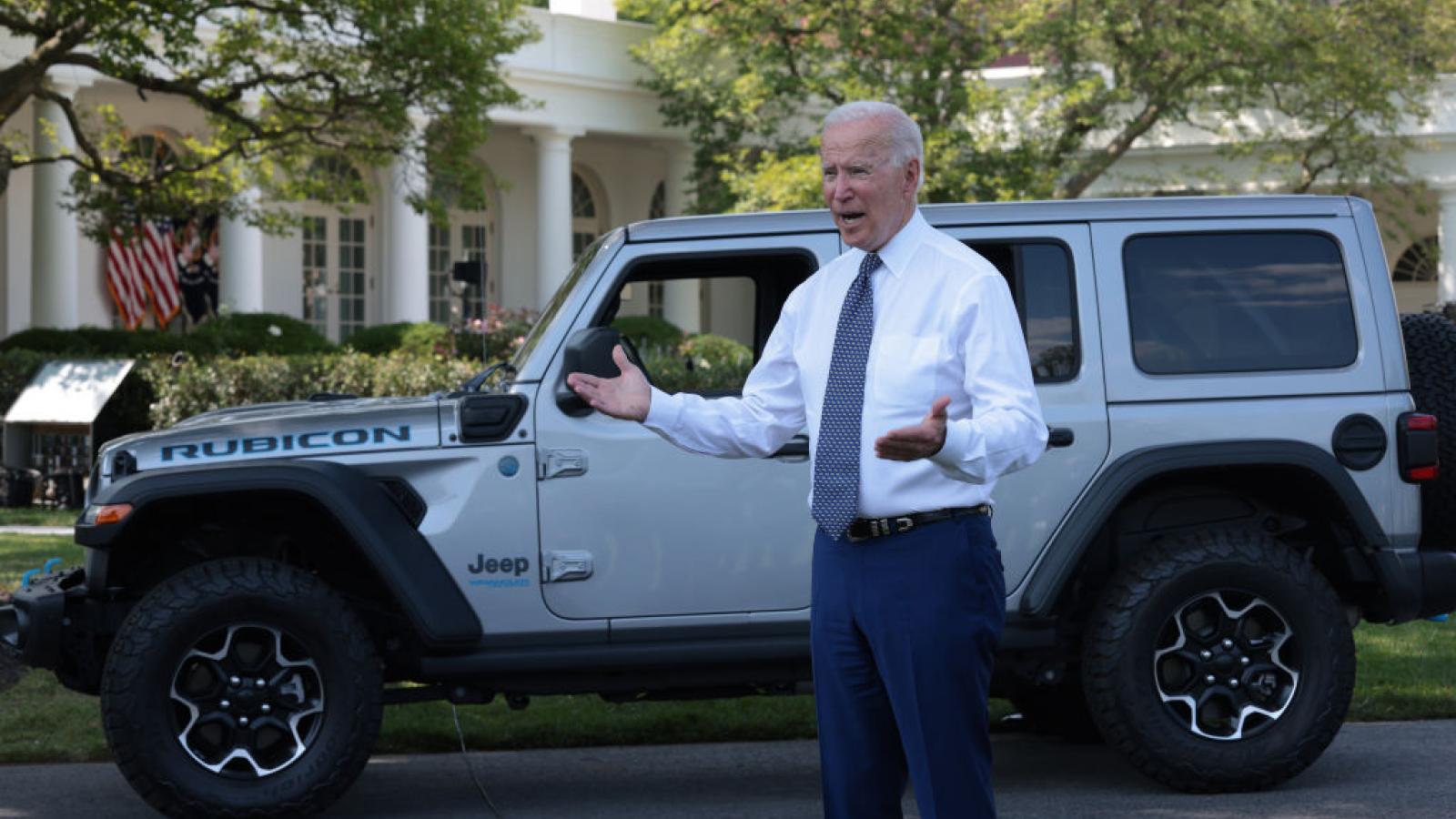 The White House told reporters on Friday that President Joe Biden drove by the U.S. southern border during a 2008 campaign stop, despite Biden saying he knew the border "well" during Thursday night's town hall.

"There has been reporting that he did drive through the border when he was on the campaign trail in 2008 and he is certainly familiar with the fact – and it stuck with him – with the fact that in El Paso the border goes right through the center of town," White House press secretary Jen Psaki said to reporters.

"The president has worked on these issues throughout his entire career and is well-versed in every aspect of our immigration system, including the border," she continued.

According to The Hill, Biden defended his absence from the border due to his focus on domestic and economic issues, as well as to rolling out a nationwide vaccination program.

Biden has recently been criticized by Republican politicians for not traveling to the southern border, despite his administration facing an unprecedented migrant crisis.

Psaki responded to Republican criticism by saying Biden doesn't need to pose for a "photo op" in order to demonstrate his commitment to immigration reform.

"He does not need a visit to the border to know what a mess was left by the last administration," Psaki said during a back-and-forth with Fox News reporter Peter Doocey.

"There is a focus right now on a photo op. The president does not believe a photo op is the same as solutions,” Psaki continued. “That may be a difference he has with Republicans.”

During the Thursday town hall session, a member of the audience asked Biden why he hadn’t been to the border.

“I've been there before, and I haven't — I mean, I know it well. I guess I should go down. But the — but the whole point of it is: I haven't had a whole hell of lot of time to get down,” Biden said.